Parallels Desktop 13 for Mac: Windows applications on the Touch Bar 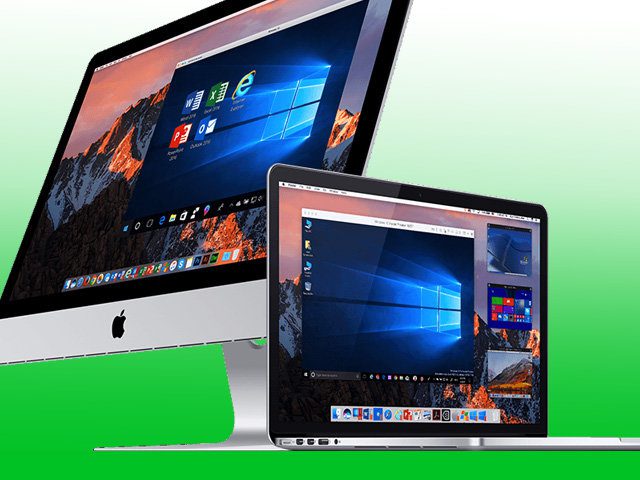 If you've ever looked at how you can install and use a version of Microsoft Windows on your Apple Mac, iMac or MacBook in addition to OS X or macOS, then you're probably already over Parallels Desktop encountered. As the makers Parallels announced today, the version is now official Parallels Desktop 13 on the market. The 13th generation of the software brings a number of innovations and improvements. For example, Windows applications can now also be controlled via the Touch Bar of the Apple MacBook Pro.

Parallels Desktop 13 for Mac is available for download or upgrade starting today. This means that Windows can also be controlled via the Touch Bar of the Apple MacBook Pro.

Parallels Desktop 13 for Mac is compatible with High Sierra

From autumn, there will be an official update to the new operating system for Apple computers macOS 10.13 High Sierra give. The revised operating system brings the new file system APFS as well as other innovations with. Which Mac models are compatible with macOS 10.13 High Sierra, the you read here. The 13th version of Parallels Desktop, which is now available, is compatible with the new OS, according to the developers. The features of Windows 10 to be expected in the future are also covered. Parallels Desktop 13 for Mac is supposed to combine the best of both worlds, since Windows applications can be linked to the Touch Bar of the Apple MacBook Pro of the newer generations.

"This year, with Parallels Desktop 13 for Mac, we're bringing the two hottest features of Mac and Windows together in one place for the first time“Said Jack Zubarev, President of Parallels, about this. "This new version brings the best performance yet for Windows on Mac, plus other innovative and useful features and tools to help our users work faster and more efficiently."

Windows and the Touch Bar: some examples

According to the developers of Parallels Desktop 13, the common Microsoft Office programs such as Outlook, Word, Excel and PowerPoint as well as the Browser Microsoft Edge, Internet Explorer, Google Chrome, Mozilla Firefox, and Opera connected to the Touch Bar on MacBook Pro. The Windows start menu, the taskbar, the Cortana service and other applications and settings should also be selected via the quick touch operation. In addition, the company Parallels announces: “Thousands of other Windows applications running in Parallels Desktop can be quickly customized with common Touch Bar actions should a user require more than the standard function keys."

People Bar just got better on the Mac

A feature that is not yet available in Windows 10 but has already been announced by Microsoft is the so-called People bar. This pins contacts directly to the taskbar. In the standard version of Windows, however, the People Bar should be limited to three contacts. Under Parallels Desktop 13 with Windows 10 on the Apple Mac, this limitation is removed and the assigned photos of the contacts are also displayed larger.

"New innovations in Parallels Desktop 13 include picture-in-picture display (PiP), a feature that creates windows of other active virtual machines that are always visible at the top of the screen, even when the Mac application is in full screen mode running“Parallels announced. This should make it even easier to work with different operating systems at the same time. Even when viewing a video that is running as a full screen in the background, data and files can be exchanged or cross-system editing can be carried out.

From autumn this year, it will be available alongside the current version Parallels Desktop 13 for Mac give a new Business Edition. With the updated Parallels Desktop for Mac Business Edition there will be a user-inspired feature called "Individual Applications". This enables IT administrators to set, lock and secure an "invisible" Windows virtual machine with selected programs and functions in the users' Mac Dock. Windows applications can be used as if they were Mac apps. A strengthening for inexperienced users and the workflow.

New features for Windows on Mac

Parallels brings with it Parallels Desktop 13 for Mac many novelties for users. There are said to be more than 30 one-touch tools to make Windows even more efficient to use on the Mac. Among other things, there are these features:

After internal testing by the developer, it turned out that Parallels Desktop 13 for Mac shows significantly better performance than previous versions. The performance improvement when using external SSDs is said to be 100%, working on Windows files on HDD hard drives is said to be 47% faster and the performance of USB devices has been improved by an average of 40%.

Availability and prices of the new versions