Parallels Desktop 15 for macOS Catalina: 32-bit apps and Windows on the iPad 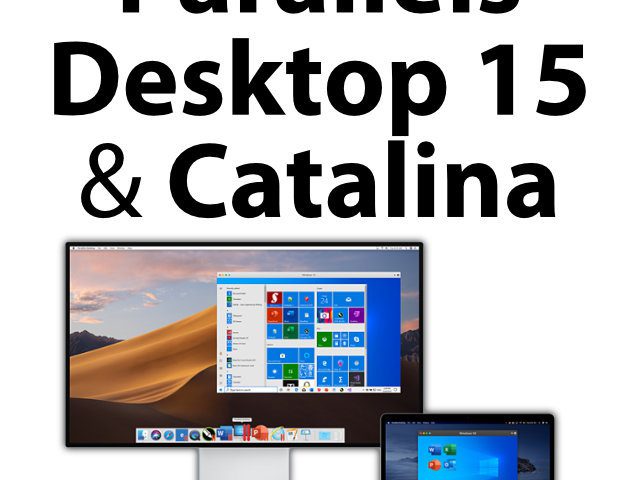 As Parallels recently announced, the app can Parallels Desktop 15 can now also be used in full under macOS 10.15 Catalina. This makes it possible to run a second operating system in addition to Catalina at the same time in a program window - for example Microsoft Windows. The Windows programs called up in this way can also be displayed and used on the iPad using the new Apple Sidecar feature. The Macs and iPads compatible with Sidecar you can find here. Also great: If you create a virtual machine (VM) with Mojave, you can still run 32-bit apps.

With Parallels Desktop 15 under macOS Catalina you can also use Windows on the Mac and via Sidecar on the iPad. In addition, 32-bit apps can still be run via a Mojave VM. Image source: Parallels

The cross-platform solution Parallels Desktop has long been a recommendable solution for anyone who wants to use macOS and Windows in parallel on an Apple Mac with little effort. Version 15 of the software is now available. The latest operating system for Apple computers supports both the familiar features of the tool and new functions.

"macOS Catalina brings significant new benefits for Mac users"Said Nick Dobrovolskiy, senior vice president of engineering and support at Parallels. "Parallels Desktop 15 adds useful new macOS Catalina features to Windows 10 applications and enables customers to improve the performance of CAD / CAM and PC games. Users can also use Finder to share files, previews, or Safari images through Outlook or Mail for Windows. Parallels Desktop makes it easy to run all of the macOS and Windows applications you need on one computer, so you can always collaborate with other people - whether they're using a Mac or PC."

Use Windows apps on the iPad - thanks to "Sidecar"

Parallels Desktop 15 provides extended sidecar support for the iPad, including the use of Apple Pencil, iPadOS display gestures and so on for Windows. For example, with CorelDRAW, Corel Painter or Microsoft SketchPad, the Apple iPad can be used as a graphics tablet for Windows programs. In addition to the individual use of Windows 10 on the Mac and iPad, the Microsoft operating system can of course also be run in a VM under macOS Catalina. The program window of the Windows 10 VM can also be moved to the iPad and used there.

The new Mac operating system macOS 10.15 Catalina is the first system for Apple computers that exclusively runs 64-bit apps. If you still have apps at hand that ran under Mojave, High Sierra or older systems as 32-bit programs, you can no longer use them regularly in the new system. With Parallels Desktop, the problem can be avoided by simply creating a virtual machine in which you can run macOS 10.14 Mojave. So you can continue to run 32-bit apps via the VM, even with Catalina as the main system. In addition, 32-bit apps can run on Windows 10.

With Apple's Metal API, Parallels can also offer DirectX support on the Mac. In addition to versions 9 and 10, the current version also supports DirectX 11, both under Mojave and Catalina. Depending on the hardware, even more Windows programs and games can be used - such as Age of Empires: Definitive Edition, Anno 1800, Fallout 4, FIFA 19, Space Engineers and more. You can find the full list, more details on the topic and the current prices for Parallels Desktop in the Official press release.