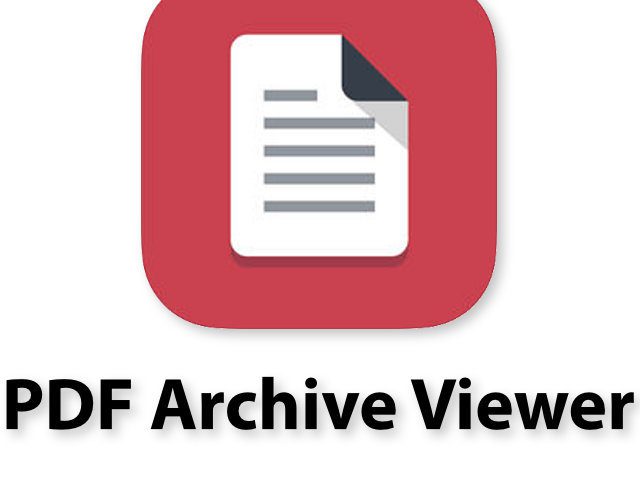 The PDF Archiver is a practical helper for the office, for private documents and all other PDF files that you want to organize, tag with keywords and store clearly. You can see how well the Mac app works in the report on PDF Archiver test read up. The developer Julian Kahnert has with the PDF Archive Viewer Now an iOS app for iPhone and iPad has been released, with which the PDF documents that have been tidied up can be found and displayed more easily on the move. In the following I would like to introduce them to you briefly.

The PDF Archive Viewer App for iOS on the iPhone and iPad is the companion app to the PDF Archiver from developer Julian Kahnert. This allows PDFs from the iCloud to be found and displayed more quickly.

The PDF Archive Viewer is a so-called companion app, i.e. supporting software that cooperates with another app or the corresponding hardware. You can find details about the term here: What is a "Companion App"? - In the case of Julian Kahnert's PDF Archive Viewer, the Companion App serves as mobile support for the Mac software called PDF Archiver. The PDFs stored in the iCloud can therefore be searched and displayed on iOS with the iPhone or iPad, which is very useful for receipts, contracts, tickets, invitations and many other documents. You can find the app among others in the App Store.

Like you in this blog post by Julian Kahnert, the PDF Archive Viewer App for iOS became possible so that the PDF Archiver - or the organizational structure created with it - can now also be synchronized in the iCloud Drive. In addition to the support for macOS Dark Mode, this is a very good step forward. The blog post also addresses the open source nature of the new iOS app. If you are interested in it and want to take a closer look at the details of the software, you can do so via the GitHub platform: Here is the link to the project and its files.