Pitaka MagEZ Case for iPad Pro: Made of aramid fiber and compatible with Magic Keyboard 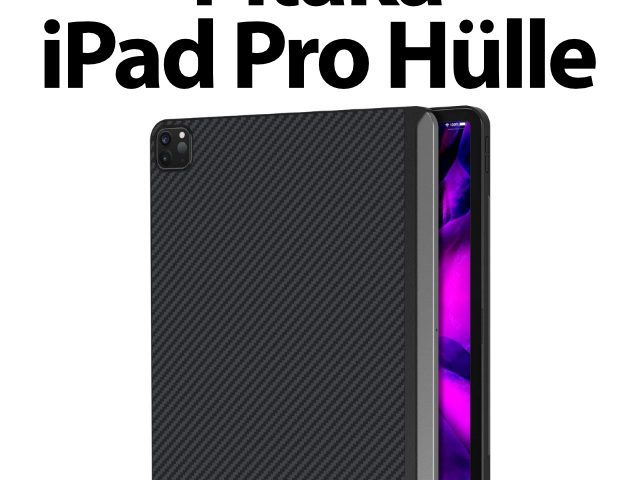 Pitaka has a new case for the Apple iPad Pro from 2018 and 2020. The aramid fiber case is available for both the 11 "and 12,9" models. Thanks to its own magnets and connections, the iPad Pro with the Pitaka case not only holds on to the Apple Magic Keyboard, but also connects to it via the physical interface. I have summarized further details and offers for you in the following.

The new Apple iPad Pro sleeve from Pitaka, the MagEZ Case, is made of aramid fiber and is compatible with both the Apple Pencil and the Magic Keyboard. This also applies to the card holder clip.

Anyone who visits the Sir Apfelot blog more often will already know the MagEZ cases from Pitaka, which are offered for the iPhone. The new case for the iPad Pro is also made of aramid fiber, a material that is also used in bulletproof vests. In addition, protection against bumps and scratches is offered in the current tablet sizes - i.e. for the iPad Pro models with 11-inch and 12,9-inch displays. The case "has built-in magnets that match Magic Keyboard's built-in magnets. iPad Pro with MagEZ case can be securely attached to Magic Keyboard“, It says in the product description on the Amazon product page. Last but not least, the case also supports wireless charging of the Apple Pencil. 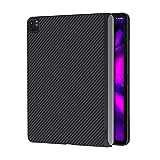 Pitaka offers another new accessory for the iPad Pro in the form of a card holder, which seems a bit more functional than the bad design called MagSafe Wallet from Apple. However, according to the manufacturer, only two EC or credit cards or alternatively four business cards fit in there. Certainly okay for quick access; The card holder clip is not made as a replacement for the wallet. More details about the product can be found here on Amazon. In addition to the compatibility with the MagEZ case, it is also mentioned that the clip can be used in conjunction with the Magic Keyboard. 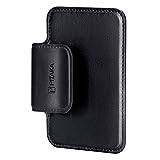