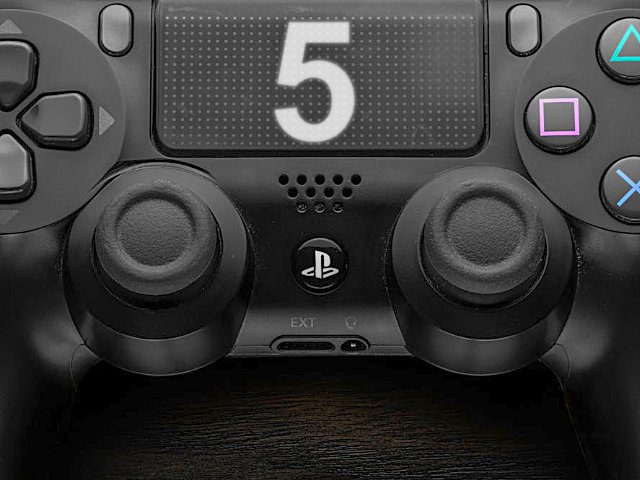 PlayStation 5 from Sony is announced for 2020, should have a peculiar design and enable even more complex games with the latest hardware and fast SSD hard drives. The game console of the 9th generation competes with the Xbox Series X from Microsoft, which has also been announced for this year, and possibly a more powerful Nintendo Switch. I have summarized the latest PS5 rumors, leaks on technical data and information from official announcements here. Did I forget something? Then leave a comment;)

The idiosyncratic "V-Design" of the Sony PlayStation 5 has already caused a stir. The tip of the V points to the rear; it is open to the front. This allows for more ventilation slots on the top of the console and also provides a wide front for the disc slot, controller ports and controls.

This is what the Sony PlayStation 5 can look like. Patents and DevKits suggest it. More information, leaks, rumors, announcements and the PS5 price can be found here!

The first design rumors were confirmed by Devkits (developer kits that are handed out to game developers), such as right here reported. In the source you can also read the note that in earlier PS generations the end-user device always differed from the Devkit - changes are to be expected up to the release of the PlayStation 5. It is likely that the V design will be retained.

But let's forget about the sci-fi cover of the new Sony console and see what is or should be underneath. There is already some information about the technical data from the PlayStation 5 data sheet. These could still be put into perspective (that would not be the first time that a PlayStation has in the end a lower performance than the Devkit expected), but are currently communicated as follows:

To classify the hard drive speed in the new Sony console for 2020: the above statement that the SSD of the PS5 could be up to 19x faster than that of the PS4 Pro comes from source 1. In the article on the PCGames page, a Devkit demo is retold, in which a loading time of 15 seconds (PS4 Pro) could be reduced to 0,8 seconds (PS5). It remains to be seen whether this will also be the case with the final device for end users. It will definitely be faster, just how much faster is the question until the release.

Elements hidden in the dark are not so easily recognizable. Light that has to pass various obstacles does not illuminate as brightly as the one that is closer to the object. And so on. You can find all detailed information on the topic at Wikipedia. The embedded videos show you a few advantages and disadvantages of the technology using the example of the games "Metro Exodus" and "Minecraft".

The PS5 controller brings these innovations with it

The controller for operating the PlayStation 5 as well as for controlling games should hardly differ from the current DualShock 4 on its front. On the back, however, additional buttons should be used, such as a right here discussed Sony patent suggests. This also indicates adjustable or extendable handles on the PS5 controller. 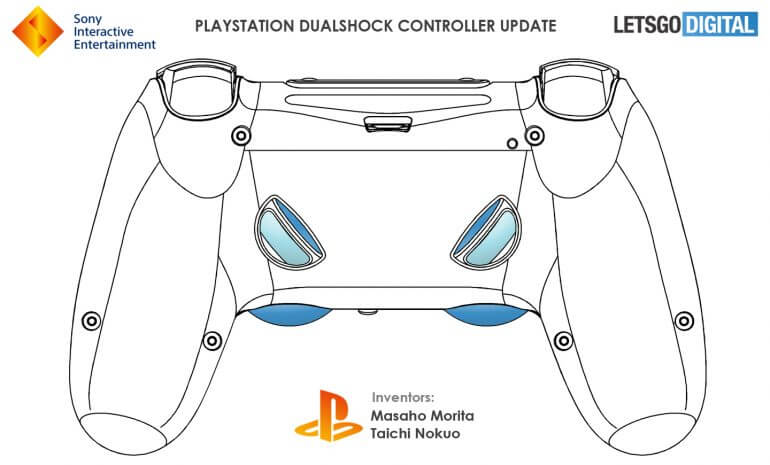 The buttons on the back of the PlayStation 5 controller can be seen as guaranteed, as the DualShock 4 of the PS4 has also got a "button attachment".

It is certain that the buttons on the back will actually be implemented. Because Sony has with the "Backspace lug“A corresponding extension for the PS4 controller has already been launched. It can be assumed that this is intended to achieve the necessary compatibility for games that appear on both systems in parallel. It remains to be seen whether the adjustable handles will also be ready for the market. 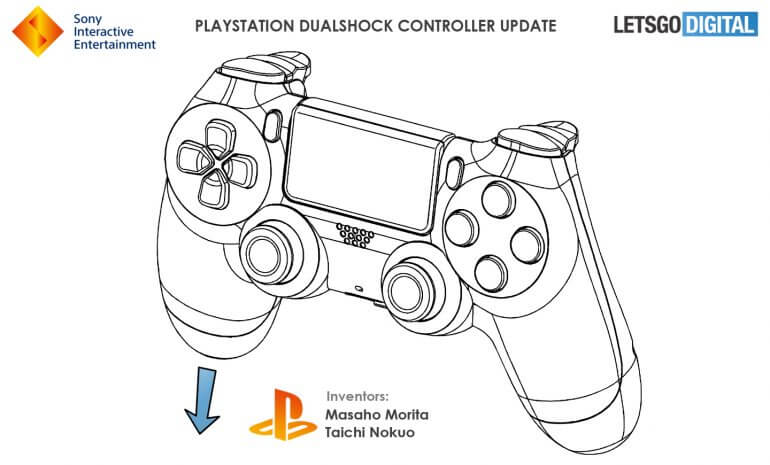 Handles that can be extended? Sounds sensible with regard to the new keys. It is not yet clear whether the DualShock 5's feature will actually come out.

For the gaming experience in multiplayer mode - especially probably with party games - there are other new features on the PlayStation 5 controller. A game character should be able to be controlled with several controllers. Several players can bring their strengths to bear by taking control of a certain ability, a means of locomotion or another mechanic. Futurezone, for example, points to the corresponding concept and patent right here out.

Playing multiplayer games on the Sony PlayStation 5 reaches a whole new dimension. Because now a character should be able to be addressed with several controllers.

Like the Microsoft Xbox Series X, the Sony PlayStation 5 is due to hit the market in winter or late autumn 2020. So it will surely lie under some Christmas trees along with the right games or in preparation for the Triple A title of 2021. Some sources put the PlayStation 5 release in November 2020. That would fit the theory of the Christmas business. It would also join the releases of some previous PlayStation generations, such as this topic page (for the US market) shows:

Currently, reports are making the rounds that the PlayStation 5's launch games list has been published. Among other things, according to Netzwelt (right here) are named titles from Daedelic, Gearbox, Ubisoft, EA and Blueprint Studios. With Godfall, a well-known title is included (see below). The Lord of the Rings: Gollum, Gods and Monsters, Rainbow Six Quarantine, Watch Dogs: Legion and two not yet named titles from the latter studios / publishers are also mentioned. With the "Montalk" of the gaming format Game Two (here the video) are also mentioned - sometimes not really serious - Zero Dawn 2, Death Stranding 2, a new Forza Horizon, EyeToy 2, a Kill Zone, Gran Turismo 7, a new Ratchet & Clank, a Demon Souls Remake and more.

These games are announced for the PS5

The first video game announced for the PlayStation 5 was not part of the “Gran Turismo” series, not a “Singstar” (with HDR and Raytracing, haha!) And also not a “God of War 2”. No, it's a game called Godfall; developed by Counterplay Games and published by Gearbox Publishing. As a co-op game with slash and loot elements, Godfall is supposed to be reminiscent of “Monsterhunter”.

Other games to be released for the Sony video game console of 2020 are (likely) these:

Some of these titles are also PS4 games that will be released in 2020 and which may appear as a "remastered" version for the PS5. Graphics and audio in particular should then be better or at least more complex than on the previous console.

PS5 price: how much should the Sony PlayStation 5 cost?

The price of the PlayStation 5 could be in the range of 399 EUR to 599 EUR. Among other things, this suggests the built-in technology (higher price), but also the competition to the Xbox Series X (lower price). There is currently nothing to suggest that there will be several models, i.e. a budget version and a pro version. Rather, there will be a PS5 that is current for two or three years, which will then be updated after a while in the form of a "Pro" - just like its predecessor. So if you want to save currently, you shouldn't rely on cheap release offers, but set aside at least up to 600 euros for the console. And don't forget the games;)

Why "9. Generation of video game consoles?

If you can barely keep up with the names of the various consoles from PlayStation 1 to 5, from Xbox to Xbox Series X and from NES to Switch, then you’re good. However, the various consoles from certain periods of time can also be grouped into generations. The new Sony PlayStation 5 and the new Microsoft Xbox Series X, for example, belong to the 9th generation. The previous, eighth generation marked the PlayStation 4 (Pro), the Xbox One, the Nintendo Switch and a few more (Nintendo 3DS, PlayStation Vita, Nintendo Wii U, Nexus Player, Steam Link, etc.).

Even the table of contents of The Game Console shows that I have occupied Evan Amos extensively with the subject of game consoles.

Incidentally, the first generation of video game consoles for the home dates back to the 1970s; represented by the Magnavox Odyssey and the Pong consoles. An overview of the first to eighth generation with all known and many unknown representatives can be found in the book "The Game Console" by Evan Amos. It contains background information on the individual devices, the most important technical data and lots of high-quality photographs. Because: Evan Amos is not least the photographer who shoots all the high-quality console photos for Wikipedia;) Take a look!