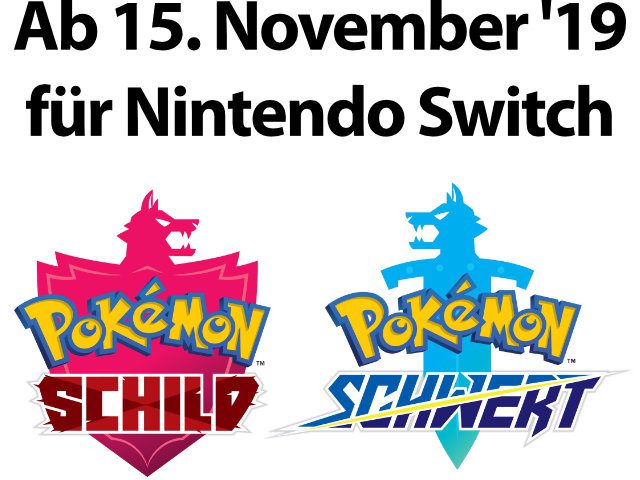 Pokémon Sword and Shield are the newest two installments in Nintendo's popular series of games, and they're coming to Switch tomorrow. Both on TV and in handheld mode, fans and beginners can go on a Poké journey in the new Galar region. Chimpep, Hopplo and Memmeon (see below for information) are available as new starter Pokémon. At Amazon You can get both games from € 49,99 or the double pack with characters and special digital content. Below is some information about the games, content, Pokémon and offers for the Nintendo Switch. 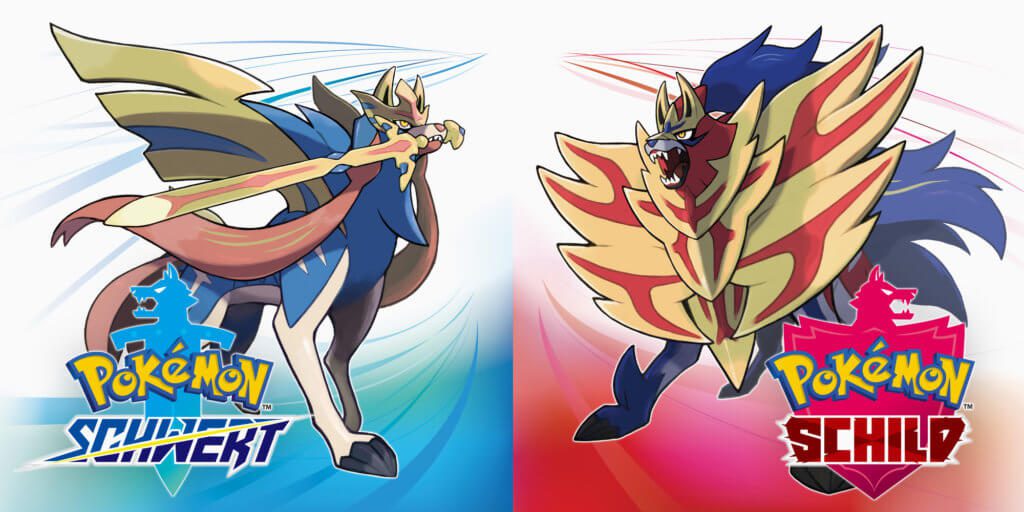 Tomorrow, November 15.11.2019, XNUMX, the new Pokémon parts shield and sword for the Nintend Switch will be released.

At Pokémon Direct earlier this year, Tsunekazu Ishihara, President and CEO of The Pokémon Company, announced the latest role-playing games from the Pokémon main series: Pokémon Sword and Pokémon Shield. The two games are provided by GAME FREAK inc. developed and will be released tomorrow, November 15, 2019, exclusively for the Nintendo Switch console. Junichi Masuda, producer at GAME FREAK, also had a say. Here the video with subtitles in German:

As with pretty much all Pokémon games so far (except Pokémon Yellow, Let's Go ..., and other special titles), there are three starter Pokémon in the categories Plant, Fire and Water. But instead of Bulbasaur, Charmander and Squirtle, you will have the choice between Chimpep (Plant Pokémon), Hopplo (Fire Pokémon) and Memmeon (Water Pokémon) from tomorrow.

Chimpep is a kind of monkey - the German name is made up of Chimpanzee (chimpanzee) and Pepper (pepper). In Japan the Pokémon is called サ ル ノ リ (Sarunori), which is made up of 猿 (Saru for "monkey") and 海苔 (Nori for "algae"). The English name is Grookey for Groove Monkey. 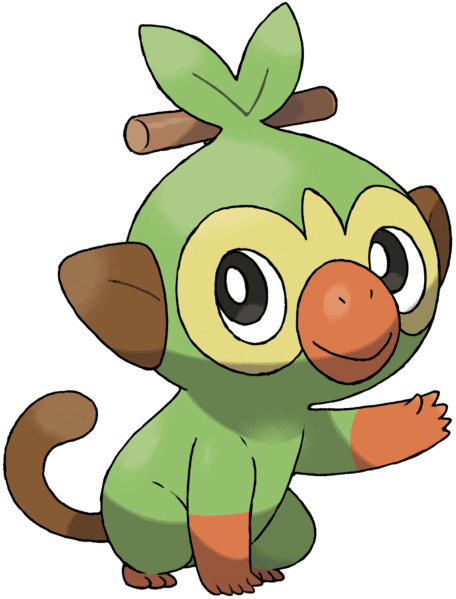 Oops is a kind of rabbit - the German name is made up of Hoppeln and Lohe (old for flame). In Japanese, the Pokémon is called ヒ バ ニ ー (Hinanii), which is made up of 火 (Hi for fire) and Bunny. In English the name is Scorbunny, made up of Scorch (scorch or burn) and Bunny.

Memmeon is a kind of amphibian - the name in German is made up of memme and chameleon. The Japanese original is メ ッ ソ ン (Messon), which is a combination of 水 (Mizu for water) and 損 (Sǔn for harm). In English the Pokémon is called Sobble, a creation of Sob (sob) and Bubble (bubble). 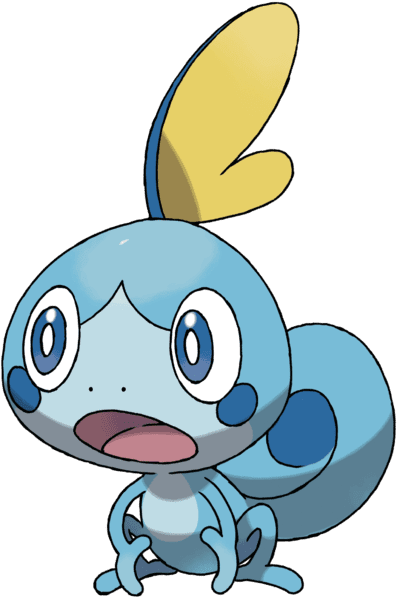 You can pre-order the new Pokémon parts for the Nintendo Switch at Amazon; delivery via Amazon Prime is possible. So if you are a Prime customer, then in the best case scenario you can start tomorrow to explore the Galar region, catch new monsters and discover the new levels of development of well-known monsters. For those who decide on the spur of the moment there is of course a download code to buy in addition to the module version. To the product page of Pokémon Sword and Pokémon Shield for the Nintendo Switch you come with this link.

Buy as a set: Nintendo Switch (Lite) and Pokédex

Extensive information about the two console versions that Nintendo currently offers can be found here in the blog: Nintendo Switch and Nintendo Switch Lite. If you don't already have either, you won't be able to play the current generation of Pokémon games either. The official Pokédex for the Galar region in Pokémon Sword and Shield is also not essential, but helpful. In addition to the Pokémon, attacks, items and the new gigantamax development stages are also described:

“The scene of Pokémon sword and Pokémon shield is the Galar region. Galar is a vast region with many different environments, from idyllic village landscapes to modern cities and wide plains to rugged, snow-capped mountains. The people and Pokémon who live side by side in this region have developed the industries there through their joint work, ”says the first official press release from the Pokémon Company. The map of the new region, reminiscent of England or Great Britain, shows that the new adventure will probably be quite linear: 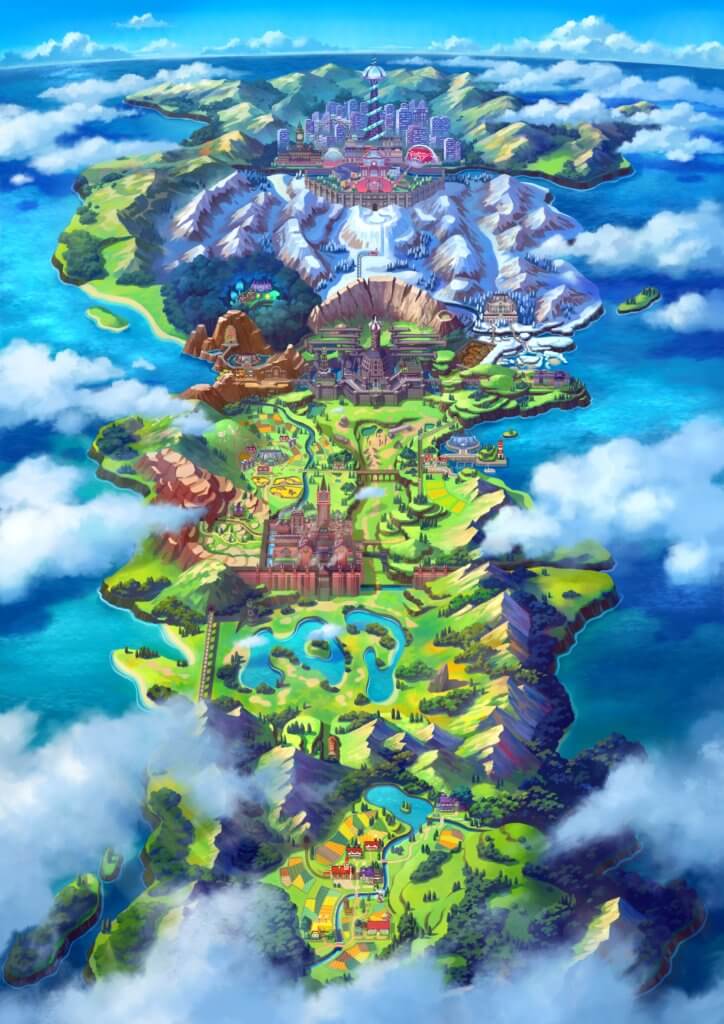