I recently sat in a waiting room and, due to the limited selection of literature, ended up with a magazine that I normally don't read: Computer Bild. As you can see from the name, this is an offshoot of the Bild newspaper, in which the journalists are compelled to give their best on various computer topics in casual youthful language. The superficiality that one is used to from the big brother can also be found in Computer Bild, but every now and then there are obviously interesting articles.

In this issue (01/2019) there was a test of power banks that interested me simply because I use such devices almost every day. And since this test was actually measured and not just chanted, I thought the results could be presented here. 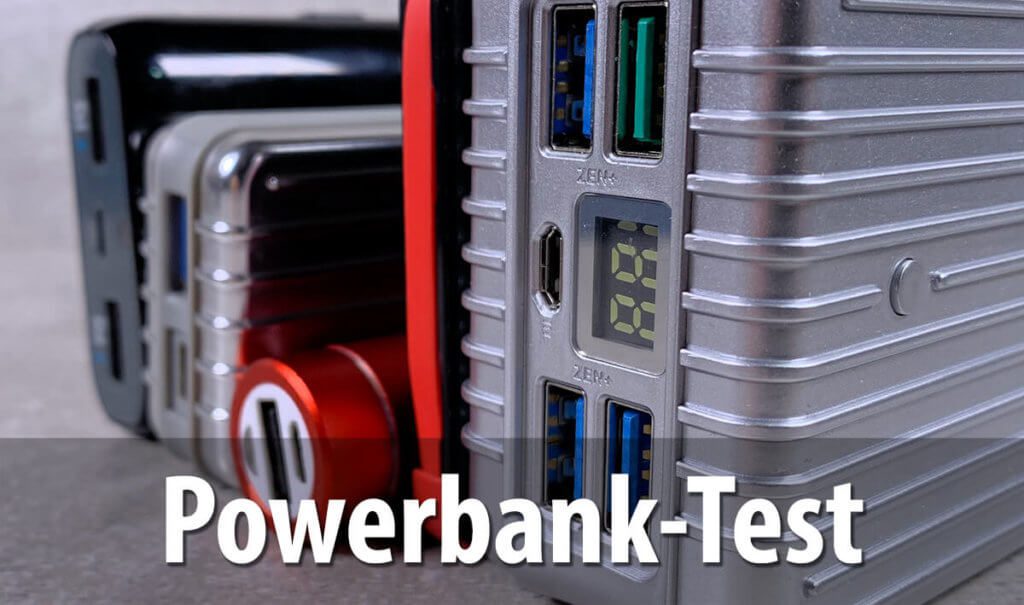 In the test by Computer Bild 01/2019, power banks were put under the microscope (Photo: Sir Apfelot).

Which models were tested?

The first limitation in the test is of course the choice. Here the editors have agreed on 24 power banks from three different capacity classes. The ranges of 5.000, 10.000 and 20.000 milliamps were roughly covered for the capacity levels. And that is the first point of criticism that the testers rightly criticize: The manufacturers of the power banks do not specify the amount of electricity that can be drawn, but the amount that is necessary to charge the batteries. However, this is of secondary importance for the consumer, because ultimately they are interested in how much electricity they get to charge their smartphone or tablet.

The capacity is usually printed in mAh on the batteries. In some cases you can also find the more meaningful information in Wh - as here on my Zendure A8, which unfortunately was not in the test field (Photo: Sir Apfelot).

Which manufacturers were tested?

In the test festival you will find battery packs from Aukey, Ansmann, GP International, Hama, Anker, Realpower, Verbatim, Intenso, Terratec, Belkin, EasyAcc, Revolt and PNY. Personally, I would have wished for Zendure as a manufacturer, since I was impressed by these power banks (see test of the A2 and A8) I'm absolutely thrilled, but even so the test field is nicely mixed and contains some cheap brands as well as some from the more expensive range.

Charge the power bank with a lightning cable?

For Apple users, it is practical if you can charge your power bank with the cable that you also use to supply the iPhone and iPad with power. In the entire test field, however, only one power bank supports this: the Aukey PB-Y17, which even became the test winner among the power banks with 5000 mAh.

Unfortunately this power bank is no longer available. Personally, because of the upcoming port switch at Apple from Lightning to USB-C, I would prefer a USB-C battery with Power Delivery. A good candidate that comes to mind is that Anker PowerCore 10000PD. This can even be charged via USB-C PD, which significantly speeds up charging with the right power supply unit. 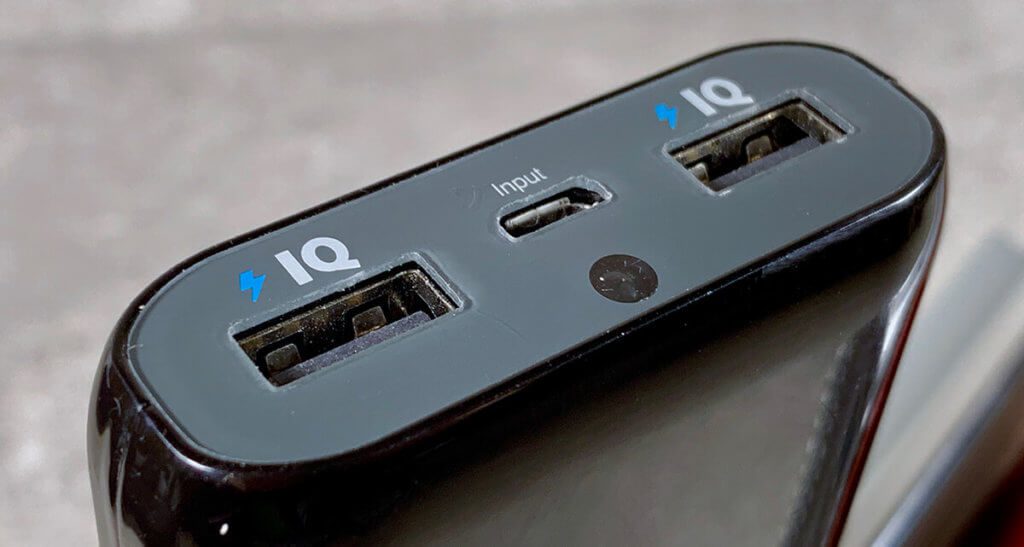 Most power banks are charged via a micro USB port. More practical and faster charging of modern batteries via USB-C, which can also be found on MacBooks and the current iPad Pro (Photo: Sir Apfelot).

Charge while charging - and with USB-C

In addition to the performance data, the test also rated how easy it is to charge the battery itself. An important feature is that the power bank can be charged via USB-C. This allows the battery to be charged faster from a laptop or tablet with a more powerful power supply than it could be charged from a Micro-USBconnection would be possible.

The ability to charge the power bank while you are charging mobile devices is also an important point that comes into play, for example, when traveling. Here it can happen that you arrive at the hotel in the evening with an empty iPhone AND an empty power bank. Then it is good if you can use the load-through function to charge all devices at the same time.

The test winners in the Computer Bild test do not support all of these two features, which is why I wrote it below for the devices.

How much capacity should my power bank have?

My recommendation for this question is roughly this list:

The test results in detail

The Computer Bild editorial team determined the test winners in the capacity classes 5.000 mAh, 10.000 mAh and 20.000 mAh. I will briefly introduce you to the three best additional batteries from all three categories. I do not want to give a more precise explanation with details of how long each battery charges, which capacity was measured and which features the batteries have in detail. That would go beyond the scope of the article. You can find the details and current prices by clicking on the products below. I have linked them directly to Amazon so that you can also read the customer reviews there.

My conclusion on the test

What is noticeable during the test: Ansmann has a product in the top 3 in all capacity sizes. This shows that Ansmann is on the right track with both the technology and the operating concept. Ansmann is not always in first place when it comes to the maximum power that the power bank delivers, but in my tests neither the iPad Pro nor the iPhone XS draw as much power as the power banks provide. As a result, there is no loss of loading speed in practice. In my opinion, the maximum available power is significantly less important than many other reports seem.

To be honest, I am already flirting with a 50.000 mAh power bank so that you don't have to recharge the power bank immediately after charging the iPad twice. But here I am still looking for a good device, as the selection is unfortunately very manageable. When the time comes that I've peeked out a device, I'll be sure to write a post about it. ;-)