Private surveillance camera: what is legal according to the law? 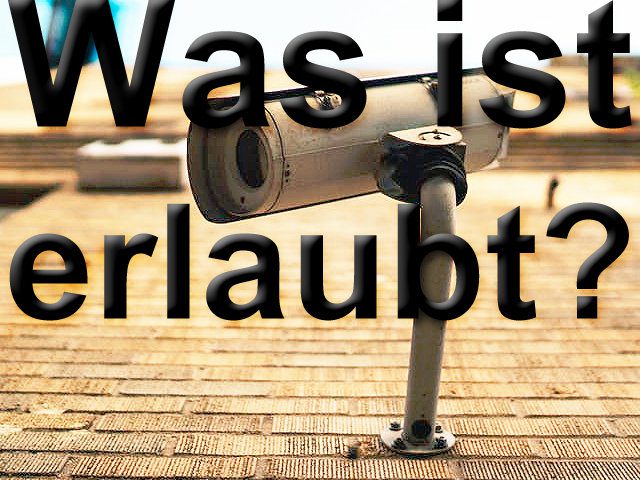 Do you have a private surveillance camera with which you want to monitor your property, apartment, office and so on and record possible intruders, vandals, etc.? Then there are various things to consider. The legal situation describes exactly what is allowed and what you are not allowed to film / photograph. Foreign properties that take up the driveway from the neighbor or public space? You shouldn't do that;) 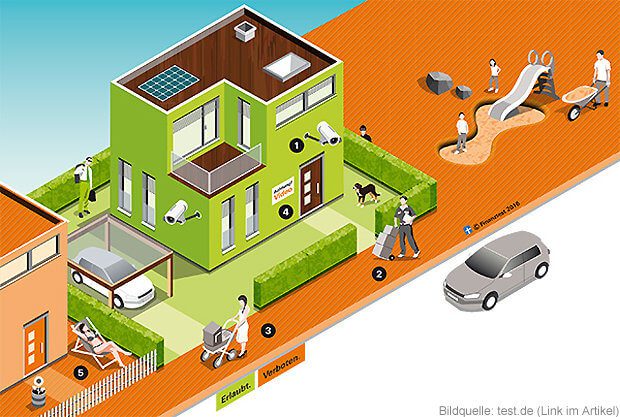 The private surveillance camera may only capture your own house and property. Do not point the camera at neighboring properties or the footpath. (Source: Test.de)

Fixed camera surveillance on the property

If you install a private surveillance camera, then the legal considerations should already have taken place. Because you should only look at your own property with the camera and under no circumstances that of your neighbors or public space. It is best to use a fixed camera, not a swivel or 360 ° camera. The latter maybe only if you have high hedges or a four-sided courtyard so that you don't “accidentally” film / photograph the neighbour's property or public space.

If you mount the camera quite high so that burglars cannot take it off or break it, then choose an appropriate angle so that you only observe the property or the door and windows of the house. If you do not use a direct transfer for the images, but an internal memory, then do test runs before the final alignment and thus secure yourself. If, in case of doubt, you "secure" more than your private space, that is not so good from a legal point of view ...

So you are only allowed to record your property, your apartment and other private space with the surveillance camera. Even if it only reacts to movements and does not film continuously. Here are a few points that are generally not allowed:

Manhunt on your own?

Another note on the evidence in the form of photos and videos: If you have filmed or photographed a crime on your property, then the evidence is - and this belongs to the police; if necessary, to the public prosecutor's office and competent judge. But definitely not on the internet, in the WhatsApp group or anywhere else to do your own "research". You can find these and similar tips in the extensive article from Stiftung Warentest (see link below).

>> Reading tip: You can also get one in the apartment Spy pen . use

If you get visitors, sub-tenants move in or guests arrive at your place, then you should of course make them aware of the surveillance. Not all cameras are conspicuous (they shouldn't be) and not everyone also pays attention to whether they are in a monitored area. In addition, you should not point any dummy cameras at the neighboring property, shared driveways or the public space. You can find out more, for example, from consumer and in test.de (This is where the above graphic comes from).

PS: This article is the result of research to the best of our knowledge and belief - nevertheless it represents none Legal advice. If in doubt, better ask a lawyer;)