Protection against total failure: iOS update for iPhone 5 and 4s as well as old iPads 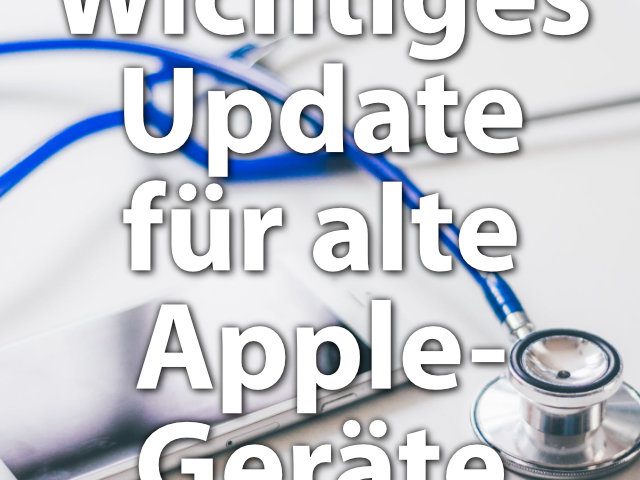 There is an iOS update that is specifically aimed at old Apple mobile devices and will protect them from the failure of many important functions until the beginning of November 2019. This has to do with the "Week Roll Over" of the GPS signal. You can find an explanation below. In the case of old Apple devices, this measure can lead to not only GPS but also internet functions failing. Without the update for iPhone 5, 4s and iPad mini (Gen. 1), iPad 2 and iPad (Gen. 3 and 4), web browsing, e-mail, messenger apps, iCloud and so on can become unusable.

The current and now very urgent iOS update for iPhone 5 and 4s as well as old iPads ensures that GPS and Internet continue to work properly. (Symbol image)

Until November 3rd: iOS update for iPhone 5 and 4s as well as old iPads

You should apply the said update by the end of this week (week 44, 2019) at the latest. The GPS Roll Over has been affecting other GPS devices since April. I gave you an explanation at the time with a view to navigation systems: View here. In short: The week variable in GPS signals was renewed in 1999 with a length of 10 bits, which makes it necessary to update again this year. New data then come with a 13-bit weekly variable, so that the next rollover is not due for over 155 years. However, so that the devices can handle the 13-bit data, they need an update.

The first thing you should do is check your old iPhone or iPad to see which iOS version is installed. You can find that under Settings -> General -> Info -> Software version out. Here I have listed the required versions and the devices for them:

Apple has one on the subject own support document released. It shows that the update - especially for the iPhone 5 - can only be installed wirelessly until November 3, 2019. Then you have to go the detour via Mac or PC in order to obtain an update via backup:

The iPhone 5 requires an update to maintain accurate GPS location and continue to use features that are based on the correct date and time, including the App Store, iCloud, email, and web browsing.