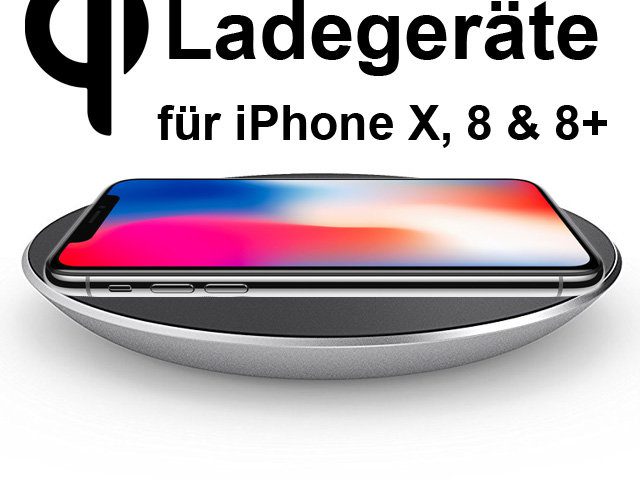 The new iPhone X as well as that iPhone 8 and I baked the 8 iPhone Plus can be charged wirelessly. If you want to charge the iPhone X wirelessly, you don't necessarily need charging stations from Apple, just those that are certified with the Qi standard. Qi is currently the leading standard of Wireless Power Consortiums for inductive energy transmission. Which manufacturers offer Qi charging stations for iPhone X, 8 and 8 Plus, for which smartphone models they are still suitable and other facts I have summarized for you in this article.

A Qi charger is ideal for wireless charging of iPhone X, 8 and 8 Plus. By 2018 at the latest, there should be AirPower, a technology for charging several devices at the same time on one charging station. Of course, the name "Apple Juice" would be cooler;)

Qi chargers for iPhone X, 8 and 8 Plus

At the Apple September Keynote 2017 (summary .) three new iPhone models were presented: the iPhone 8, its big brother iPhone 8 Plus and the "One More Thing" iPhone X. Apple has packed new features, functions and technologies into the portfolio - in addition to the functions in iOS 11 and The software replacement for the home button also includes inductive charging of the battery. With the new Apple iPhone models, the run on charging stations will also start, with which inductive, wireless charging will be possible. Apple relies on the Qi standard.

Advantages and disadvantages of wireless charging

As with most features, there are some advantages and disadvantages to wireless charging that you should keep in mind when choosing a charger like this:

Here I have put together a few Qi chargers that are suitable for the new Apple smartphone models as well as for smartphones from other manufacturers: 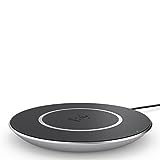 Belkin BOOST UP charging station with 15W and 3A
Wireless charging of iPhone X, iPhone 8, iPhone 8 Plus and other Qi-compatible smartphone models such as Samsung Galaxy S7, S7 Edge, S6, S6 Edge, S6 Edge Plus, Note 5, Nexus 6, 5, 4, etc. Up to 15 watts and 3 amps for fast charging of iPhone, Apple Watch, AirPods and more. Accessories included: adapter with integrated cable
34,48 EUR
Buy it at Amazon Price includes VAT, plus shipping costs (updated: 25.11.2021 at 03: 50 clock) 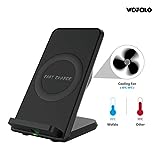 WOFALO Fast Charger with fan
With this Qi charger, you can put the smartphone upright at an angle to charge it and operate the display at the same time. Not only do you charge wirelessly, you can also unlock the iPhone X without using your hands - simply via Face ID. The charger has a fan so that the smartphone to be charged does not get too warm.
24,90 EUR
Buy it at Amazon Price includes VAT, plus shipping costs (updated: 25.11.2021 at 03: 50 clock) 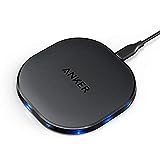 So far, Qi charging stations can only charge the iOS smartphones iPhone X, iPhone 8 and iPhone 8 Plus from Apple individually. There are no chargers or charging mats available that can charge multiple devices at once. Apple wants to see such accessories for its devices in 2017, but no later than 2018; and corresponding articles should not only come from Cupertino, but also from third-party suppliers. Apple also named the technology behind it at the September 2017 keynote: AirPower. As shown in the picture above, several devices, the iPhone along with Apple Watch and AirPods, should be charged at the same time thanks to AirPower.

A little comment on the name of the technology: instead of AirPower, "Apple juice“Been pretty cool;) You can get more information about wireless charging of Apple's devices, Qi, AirPower (officially from 2018) and Co. on the corresponding information page from Apple - click here for it. Wikipedia offers even more information, infographics and technical details on inductive energy transmission using the Qi standard auf dieser seite.