QR Code App: How can I create and scan QR Codes? 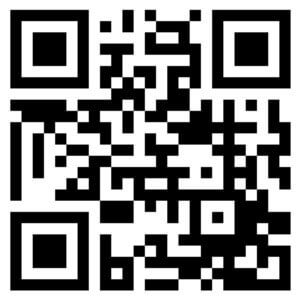 Why are QR Codes a security risk?

Now one might wonder what kind of security risk a QR code might represent. I couldn't really explain it to myself either, but actually it's clear: With the QR code you can get a user to visit a website that he would normally never visit, because he cannot "see" which one in the QR code URL he calls. There is also a paragraph on this in the Wikipedia article and numerous warnings from Media and manufacturerswho recognized the problem. For Apple users, the topic is less critical anyway, since we can only install software that has passed the filters in the app store. Scammers and other harmful types have bad cards here - another moment when I'm glad I neither have a [jailbreak-> iphone-jailbreak] nor an Android smartphone. But this article is not supposed to warn about QR codes and shed light on the aspect of [security-> qr code security], we want to create and scan QR codes.

There are numerous apps, both for Mac and iOS devices, that can create QR codes. One Mac app that I recently bought and tried out is the software iQRwho also provided me with the beautiful post photo. This happens to be my blog url as a QR code. :) 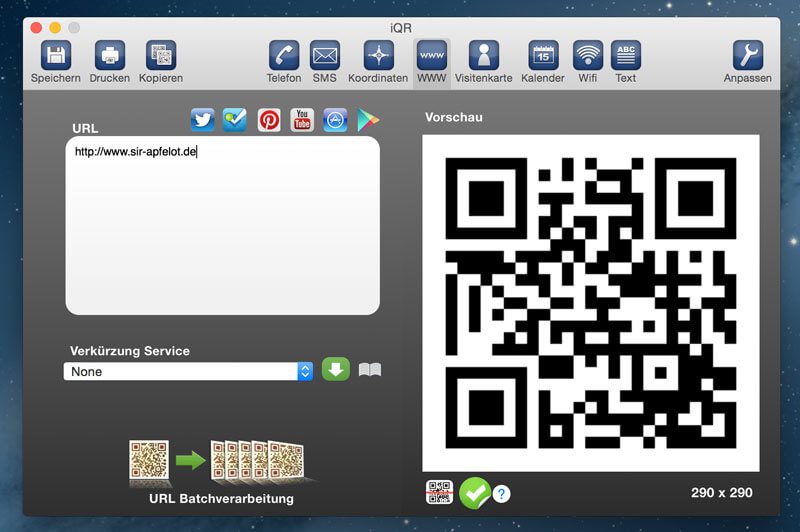 The screenshot from iQR already shows how beautifully simple and feature-rich the Mac app is. I can just recommend her…

iQR definitely offers a wealth of functions for the Mac that is probably difficult to top. The program not only knows how to create QR codes with URLs but can also encode GEO data, business cards, calendar data, WiFi data, telephone numbers, SMS and text. It also offers various options for bringing the code up to date in terms of design. Design QR codes with logos or special shapes and colors can also be generated. And if you have to create a lot of codes, you will definitely be happy about the URL batch processing. The export of the data is also very flexible and ranges from graphic formats with pixels and vectors to PDF and leaves nothing to be desired. In my opinion, top software for less than 10 EUR.

For example, a Mac app that scans QR codes is "Scan". This does not only understand QR codes but can also read barcodes and display their content. The scan works via the iSight camera in iMacs or MacBooks.

On iOS the app "Krafter"The tip for generating QR codes. The app runs on iPhone and iPad and has received quite good ratings. I was also able to find a Qrafter app in the Mac Appstore that is also well-rated. One advantage of this app is that it also Can scan codes. That is perhaps the only shortcoming of the iQR app that I mentioned above. However, iQR scores with the design codes and the batch processing, which for professionals may be more important than the scan function.

I did the test scan on the iPhone with the free app "Barcoo"Done, which understands both barcodes and QR codes. But apps for scanning are a dime a dozen, so it shouldn't be a problem to find something that works. The apps for creating are clearly outnumbered.