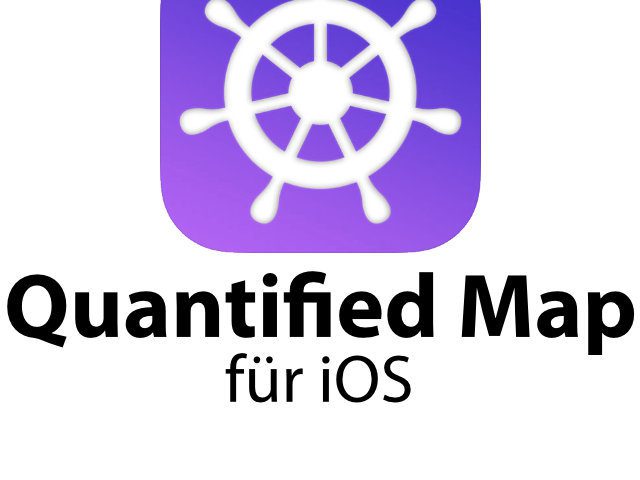 Quantified Map is an iOS app for iPhone and iPad that evaluates photos and apps from your mobile Apple device in order to display individual maps or heatmaps. On these you can see which routes you mainly frequent or how you have explored the city to which your last vacation ended up. If a photo is not equipped with geotags, you can even add them. According to developer Ludovic Landry, all data, heatmaps and read HealthKit data remain on your smartphone or tablet. In the following you will find further details and the QuantifiedMap download. 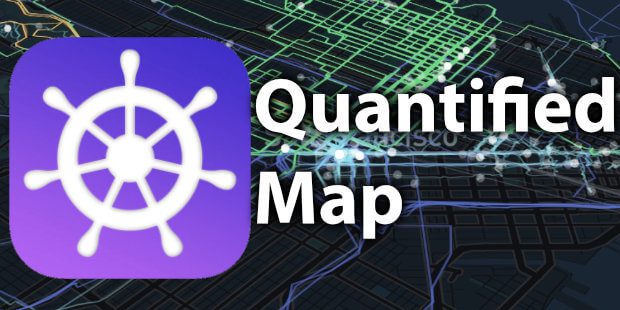 The Quantified Map App shows geodata of photos on a map and creates heatmaps of your movement data - including evaluation of the type of movement. Information, privacy details and download of QuantifiedMap can be found here!

Quantified Map shows what your iPhone reveals about your locations

With Quantified Map you can find out which movement data, location data and / or movement profiles can be tinkered with your iPhone or iPad data. The Quantified Map app evaluates the geodata from photos, HealthKit applications and other apps. You decide which ones should be used exactly. Among other things, you can access or share these applications with Swarm, Moves, Strava and the like. The maps / heatmaps then to be created can not only be displayed for specific locations and regions, but also time periods, days, weeks, etc. that you have selected yourself. The Developer's website.

On the one hand, this blog is about #DeleteFacebook and #DeleteWhatsApp, and on the other hand, I'll show you an app that reads geodata from your iPhone and visualizes it - does that fit together? Yes, because the data from Quantified Map is only collected, evaluated and processed locally. Your data remains and it is only used where it is already available - on your iOS device. This is the original statement on the developer's side:

Your Privacy Matters, our goal with QuantifiedMap is to allow users to visualize all their data in one place. We do not collect personal information, every map is generated on your device. The data you load from different services (like HealthKit, Moves app, Photos, Strava, Swarm, etc.) is yourse and stays secure on your device at all times. At any moment you can delete all the data loaded by QuantifiedMap on your device.

Breakdown of movement in QuantifiedMap

As you can see on the following screenshot, the individual data read out from the various apps and applications, health extensions and other features of the Apple iPhone lead to detailed maps. On these, however, not only your movements can be seen, but also - if stored - the selected type of locomotion. A distinction can be made between these points: 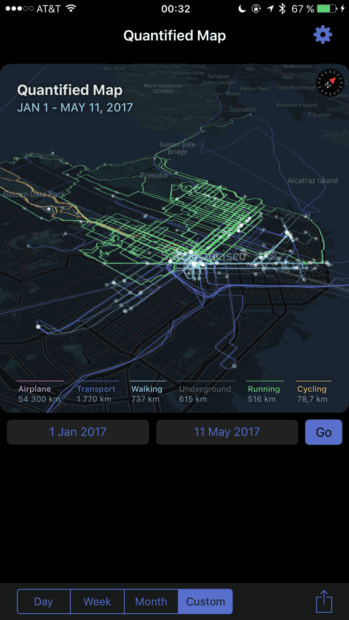 You can also read out the number of steps you took and see where you took which photos. Overall, you can actually relive all the moments that you have spent with the Apple device by your side - at least in the form of boring data. A fascinating, on the one hand, creepy performance. But in any case a good insight into the possibilities that the constant companion smartphone actually offers.

You can of course find the QuantifiedMap download in the App Store / iTunes. There are also current screenshots of the app and reviews from users. The current average is 4 out of 5 stars (as of April 5, 2018).