Every now and then I have made up my mind to introduce an app that is installed on my devices and that I myself use very often. Most of the time, such personal insider tips are exactly the kind of apps that you rarely come across in the app store lists, because they neither generate high sales nor fight for the favor of users with fake reviews. It is all the more important that these little treasures get a little attention.

The "RegenVorschau" app, which is located on the home screen with the name "Rain?" represents is by the developer Christian Huebner programmed. The structure of the app is simple and effective: If you start the app, it would like to use the location and shows it on a map that shows the current precipitation in different colors. According to Christian, the app gets the data from the German Weather Service (DWD) and then prepares it graphically.

I took the following screenshots with the iPhone XS in landscape mode because the format fits the article better, but I usually use the app in portrait mode, which has the same views ready.

Personally, I use the radar map most often, because with it you can see whether thick rain clouds are approaching. With the arrow you can see the direction from which the precipitation is coming and the time indications provide information about when you have to expect it to arrive. 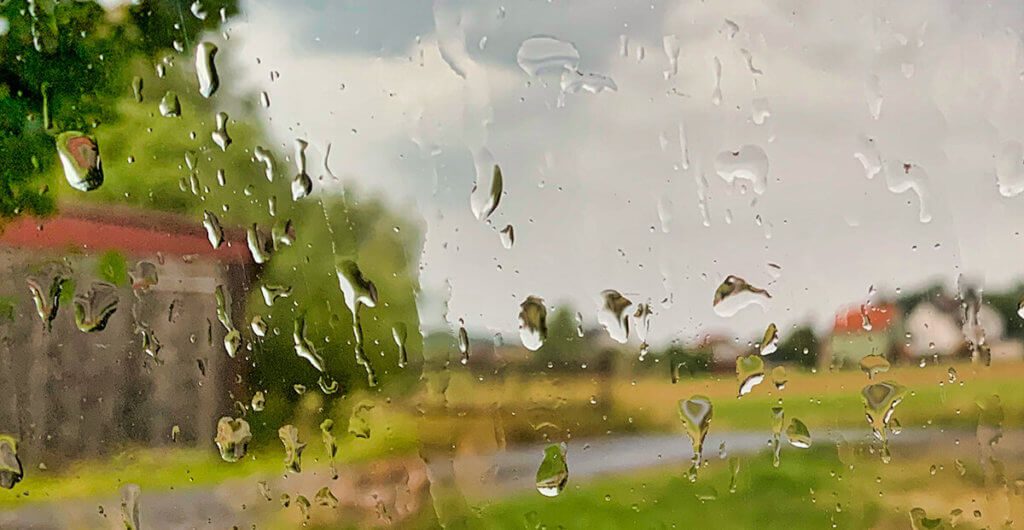 "If you want to know what kind of Wedder is, then look out the window and don't get into the shit!", Said a wise woman from Hesseland (photo: Sir Apfelot).

Probability of rain over time

The Probability screen is also very helpful. This shows the probability of rain over the next two hours in a graph.

With the probability of rain, the app was always quite good according to my experience. However, outliers can be reported using a function in the app in order to improve the predictions.

In my experience, the information about the probability has always been quite reliable. Only when the rain clouds just missed me and passed our place sideways, the forecast was not right. But the app wasn't that wrong, because a good one or two kilometers away you could see the showers coming down over the neighboring towns.

The last view that the app offers can be reached via the "Intensity" button. Here you can find an estimate of the amount of precipitation that can be expected in the next two hours.

I have never measured how exactly this is because I am mainly interested in whether or not rain is to be expected. For this reason I cannot say anything about the accuracy of this data.

If you want to help improve the forecasts a bit, you will find a button on the bottom left of the radar map with which you can report the intensity of precipitation that you are currently finding at your location.

Setting options of the app

So that you can see what you can customize in the app, I have a screenshot of the settings page here. 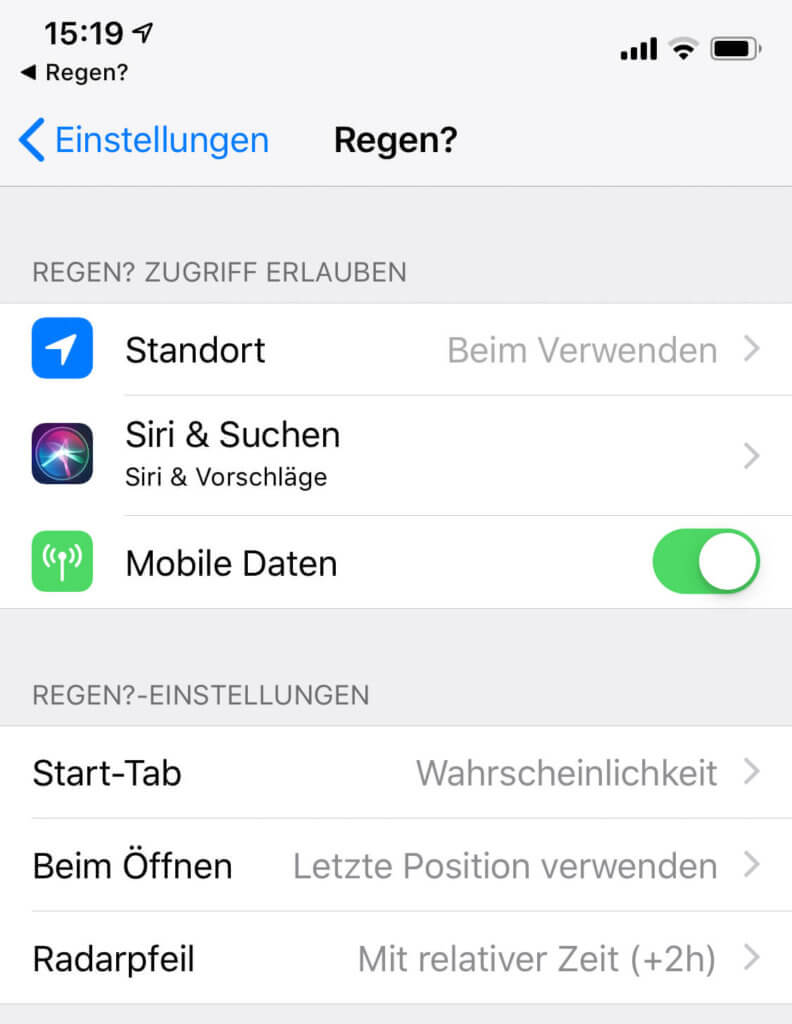 For the sake of completeness, here are the setting options for the rain app.

New feature: wind speed and direction in one map

I have just received feedback from Christian that he has integrated a new feature into the app, which will soon also be available in the iOS version. The app is expanded to include a tab called "Wind", behind which there is a map that is similar to the one in the app Ventusky is constructed. You can see lines on the map that show the current wind speed and direction. A touch on the map then gives the exact speed in kilometers per hour (see here in the screenshot near Nuremberg).

The feature has recently been included in the Android version of RegenVorschau and looks like this: 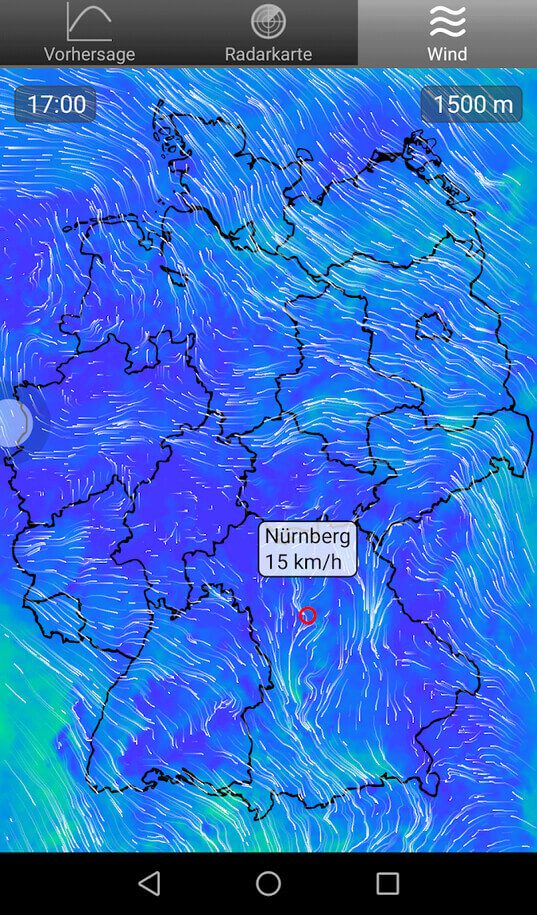 This is what the wind tab looks like on the Android phone. This feature will soon also be available for iPhone and iPad.

The RegenVorschau app has been on my iPhone for years. From my point of view, the representation of the precipitation map with the arrow and the markings for the next four hours is much more understandable than the complex animations that other apps offer to simulate the cloud changes and movements for the next few hours.

Ultimately, what matters to me is simple operation and quick recording of the expected rain situation, and this is where the scores RegenVorschau app by Christian Huebner across the board.

Thanks for your great work. After many years of use, I just "threw in" a small donation at his place.

If you want to look at the app, you will find it . in the app store: