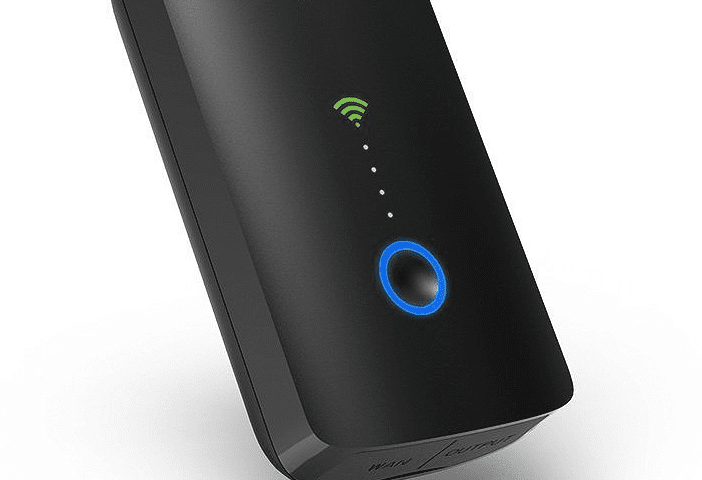 The wireless SD card reader, WiFi router, WiFi repeater, 6000 mAh power bank and so on called RAVPower FileHub is apparently an inexpensive "egg-laying woolly milk sow" for travelers. Especially travelers who consider themselves “digital nomads” who make films, photos and other great things on their computers. Bloggers can also benefit from the RAVPower FileHub; and even at home you can find areas of application ... But does the part keep what it promises? 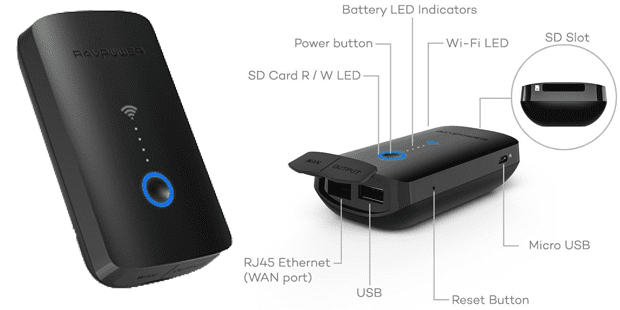 The FileHub card reader, WiFi router and repeater, the power bank with data exchange function ... um ... what can the part not actually do? Image source: Amazon

Okay, imagine you are out and about somewhere – maybe clichéd in the forest or hiking in the mountains. You have your camera with you, but the memory card slowly overflows. But then you also have your smartphone with a lot of memory, on which the pictures could fit. Great, then off with the camera card in that RAVPower multifunction device and transfer the images via WiFi. And then: charge the smartphone battery with the same device. 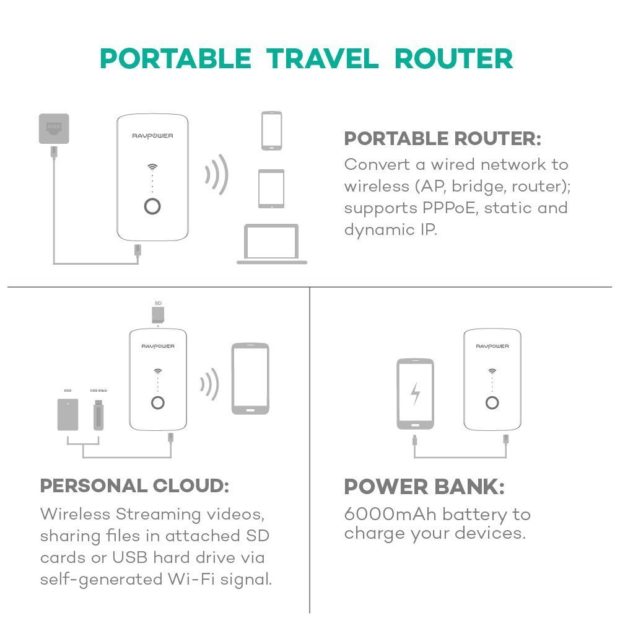 Or imagine that you don't have to pay anything for the included modem with your internet contract, but you do for the version with WiFi functionality. The RAVPower device can also save you from the additional costs - simply plug in the LAN cable and it is a WiFi router. It can also become your very own cloud in no time by connecting up to five devices wirelessly and / or via USB 2.

RAVPower FileHub: Small point of criticism on my part

The device would be perfect if it offered 3 USB ports. Data transfer should be fast, especially when you're out and about, when you don't have much time. But despite this small point of criticism, which I wouldn't even call a “defect” or “deficiency”, I really like the device!

The RAV FileHub app for iOS, which you can use on the iPhone or iPad for wireless data exchange with the device, is available here to download. According to the manufacturer, the AirStor app can be used for data exchange via WLAN. By the way: even with that chromecast is the FileHub of RAVPower compatible!

First of all: there is on Amazon currently 327 ratings of which 262 have five stars (> 80%) and 41 have four stars (> 12,5%). For all star numbers from one to three, there are only 24 ratings. So I think the device can be recommended. Nevertheless, I would like to offer a platform for various user opinions.

A 5 star rating on Amazon reads as follows: "I have received the device and think the quality is completely OK. The enclosed folding instructions are unfortunately only in English, but if you read them in peace and quiet and thanks to the pictures it is understandable.
Device switched on, WLAN searched for on the iPhone, connected, done.
Then I have the free one App downloaded, started, the file hub is recognized.
Since I didn't have a USB stick or SD card at hand, I tried my 2,5 ″ HDD "Freecom Toughdrive 320GB WITHOUT external power supply. Plug it in, wait for it to start up, the WLAN symbol flickers, ... a short time later I was able to use the iPhone (via the App) to access 320GB of data.
I simply searched "Directory" in the app and selected PDF, Word, JPG and videos from there. All files were loaded quickly and quickly and played back smoothly.
The app also has special video or document etc areas, but I think these are just searches that are filtered based on the file format.
The transfer of photos and videos from the iPhone to the HDD also worked without any problems.
I think it's really cool!" 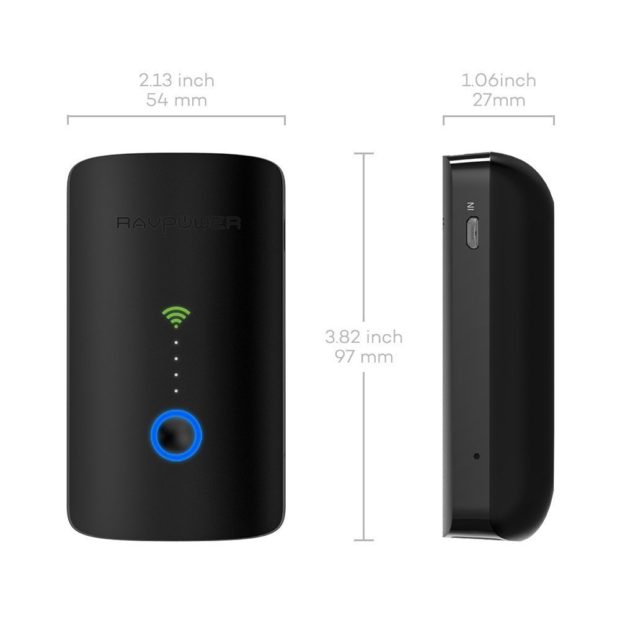 The dimensions of the RAVPower multi-function device; Image source: Amazon

On the other hand, a 1 star rating says the following: "I bought the RAVPower for my vacation so that I can copy the 64GB memory cards from my 4K camcorder to a connected USB 3.0 hard drive with my iPad. Since the 64GB memory cards required for this are very expensive, the solution with an external hard drive sounded very useful.
Installation via the web interface was very easy. Unfortunately, the associated app from the AppStore cannot be used because it does not connect to the RAVPower at all.
That's why I installed the FileBrowser app. This connects to the RavPower without any problems and shows me the SD card and the external hard drive. While on vacation I wanted to copy my memory card to the hard drive, delete the SD card and then use it in the camcorder again. And this is where the problems started: The copying process was extremely slow (approx. 6 Mbit / sec, so it would have taken 24 hours !!!) and even after repeated attempts after approx. 1 hour it simply stopped.
Therefore, the RavPower is not usable for me. So I would rather invest the money in SD cards."

My preliminary conclusion as remote diagnosis

Not only do the possible applications and the various customer opinions sound interesting, the price of the RAVPower FileHub multifunction device (word monster) is also attractive. At the moment it doesn't cost 49,99 euros either, but only 39,99 euros. I am almost certain that there will be a test of this device here soon. ;)