If you like chess and are open to a new "chess variant", then I would like to recommend the free app "Really Bad Chess" to you. I installed the iOS app on my iPhone and iPad a few days ago and I am very enthusiastic!

At this point, thanks to Zach, who came up with this great game:

You have created a guerrilla chess game for revolutionaries! 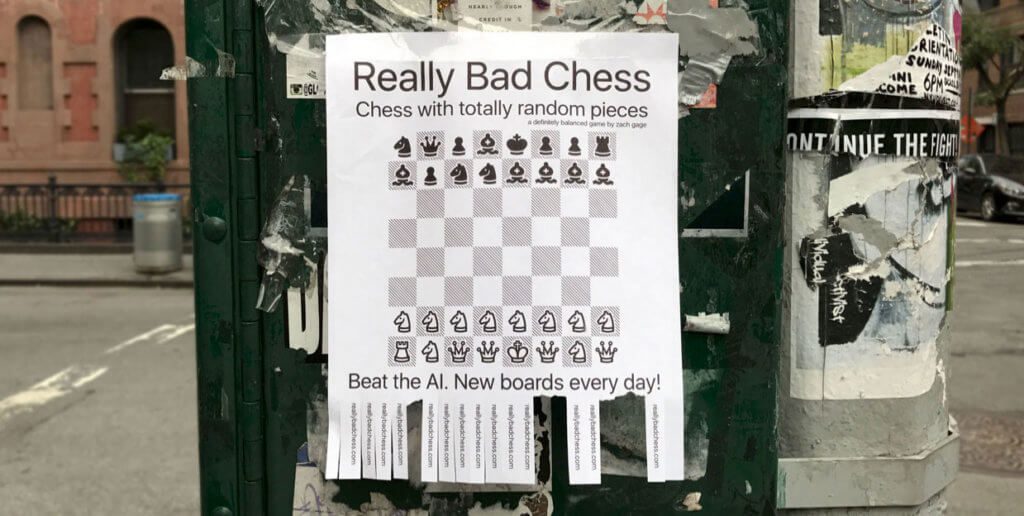 The website of the chess game is very nicely designed and already shows the unorthodox nature of the developer. ;-) (Source: reallybadchess.com)

I don't know about you, but I always find the start in chess a bit tough. The computer has 1000 openings in my head and I can't think of anything great. So I often lose the fun at the beginning of the game.

With Really Bad Chess it works a little differently, because in this "guerrilla chess", as I would like to call it now, only the moves of the pieces are like in real chess. The rest is relatively variable. This also applies to the number of individual figures and their placement. It can happen that you start with three queens, five rooks and three pawns as well as a motley rest of the squad, while the computer opponent has completely different pieces.

Ok, they are all on the two rows in front and in the back, just like in real chess, but the places are also thrown together in a funny way. So that you understand what I mean, I've included a screenshot below. :-) 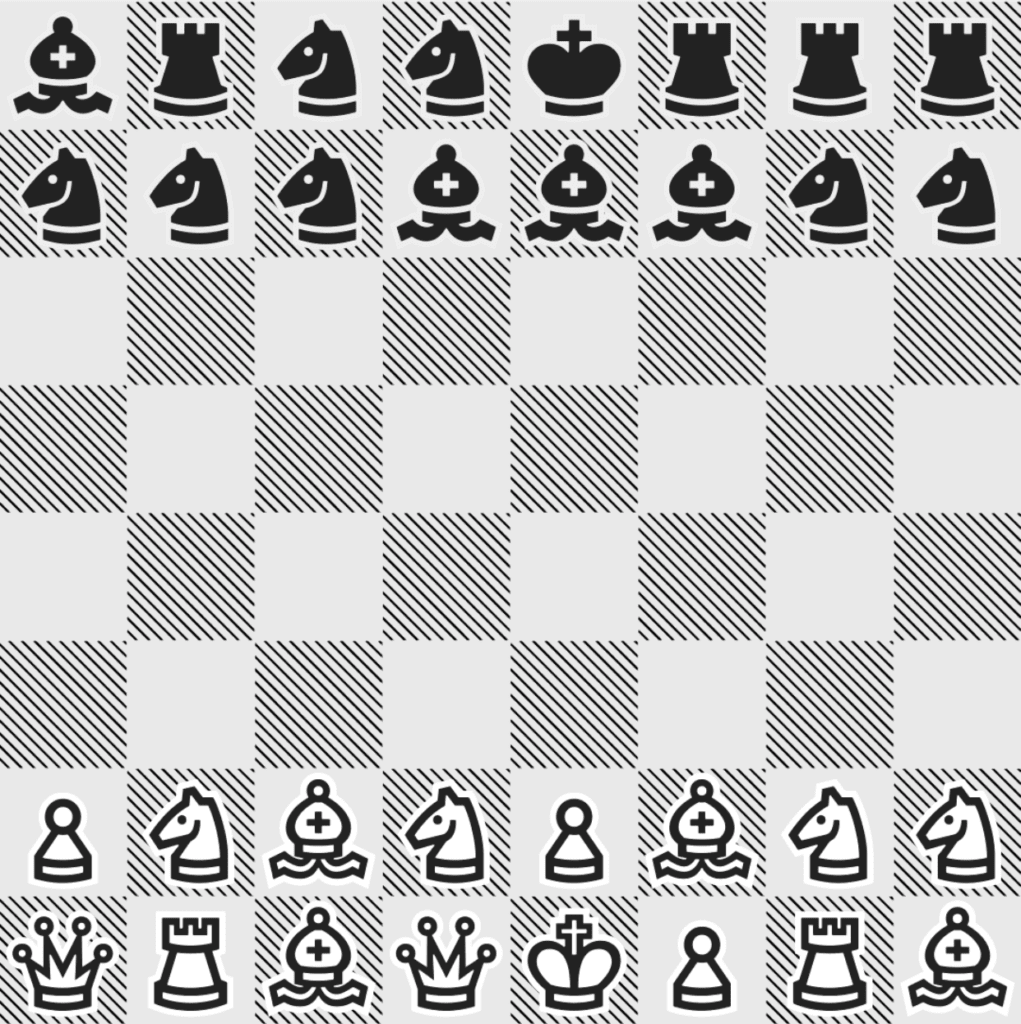 Here you can see a game board in rank 46. You quickly notice that something is different here than in a "normal" chess game. : D

The consequence of this fun start is that it gets straight to the point. And that also means that you have to be pretty good at grasping new situations quickly. Because every start is different and the threat to one's own ranks is quite massive when the opponent has three runners and five horses in the first row. ;-)

Undo is no shame

The good thing about the game is that it has an undo function. The developer writes in the short tutorial that on the one hand you don't have to be a chess professional (it might even help you to think unconventionally if you can only do it mediocre) and on the other hand you should use the undo function. It's no shame if you play pretty stupid at the beginning, because you are counting on a queen and two bishops in the opposing rows and not more pieces of that kind.

How smart is the AI?

The difficulty of the board is determined in the form of the variable "Rank". The rank can range from 0 to 100, with 0 being the lightest and 100 being the heaviest. However, the developer points out that the rank has no influence on the strength of the AI, but only affects the line-up. That means, if the rank is below 50, the computer gets worse figures and you get better ones yourself.

As a test, I set Rank = 0 in "Freeplay" mode and received the following board: 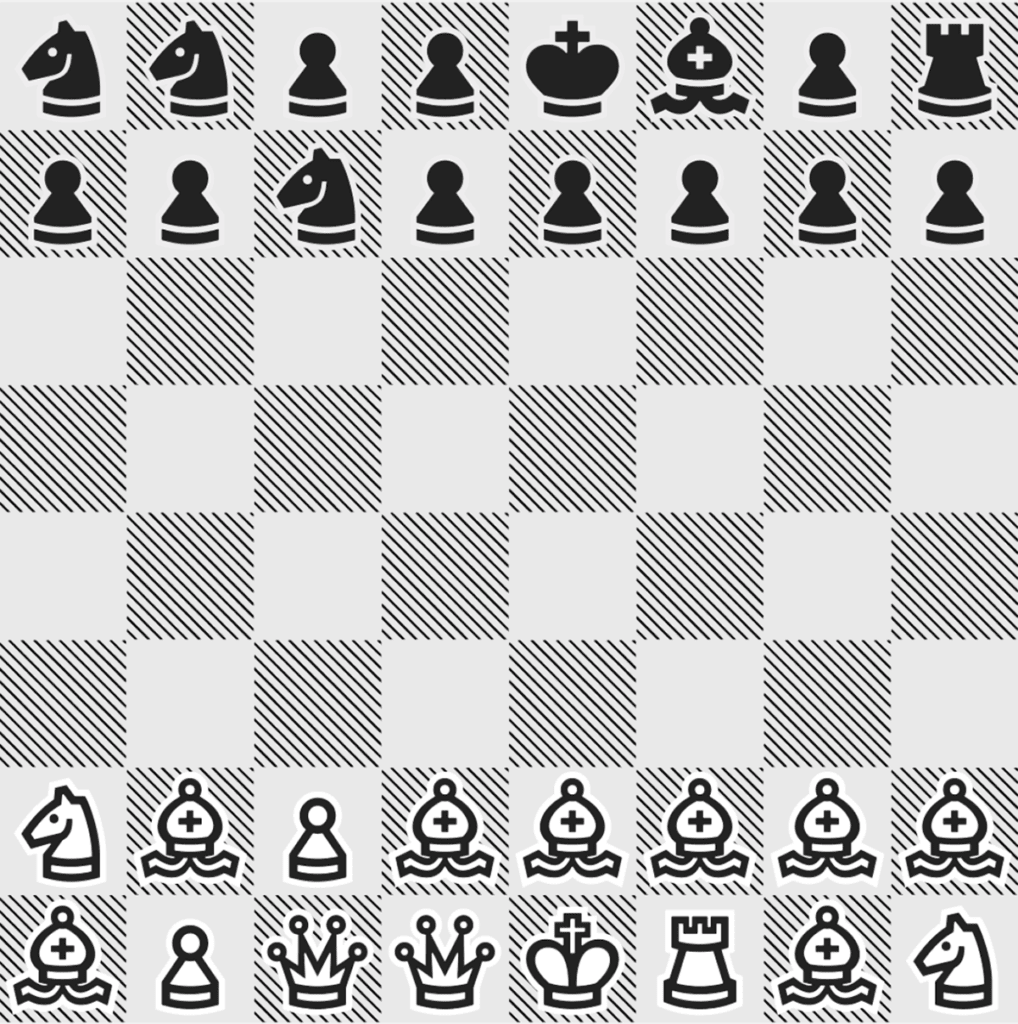 A board with the rank 0 ... the human player (white) has a slight advantage. At Rank 50, it's about balanced.

You can see that you have to make a massive effort here to lose. :)

We recommend playing in "Ranked Mode" because the computer adjusts the rank with each game. If the computer has won, the rank is lowered a little in the next game and if you win yourself, the rank rises a few points. 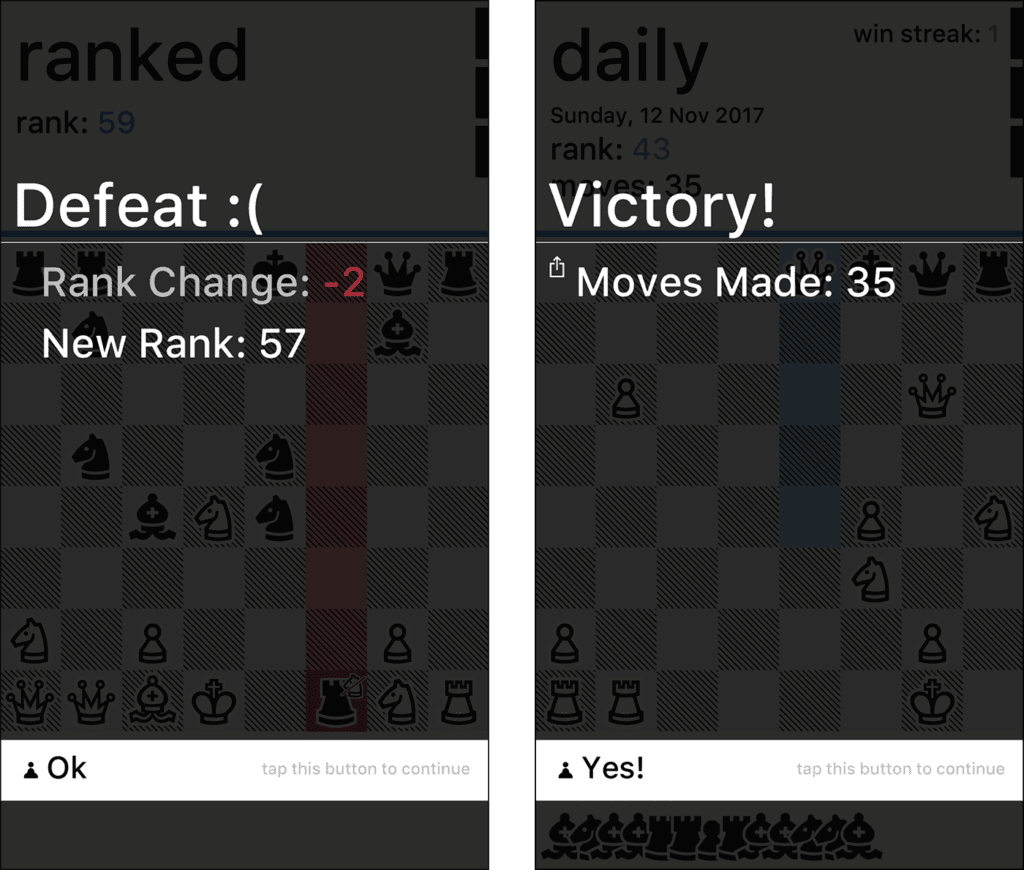 As you can see, you can't see anything: Immediately after the last move, the playing field is covered by a dark veil, which unfortunately prevents any analysis of the last move.

I've already spent a few hours playing chess and actually only found two small improvements that I would like.

Small mistake of the AI: Despite the three towers the computer has at its disposal, it only moves the king back and forth.

There are a few game modes to choose from in the main menu: 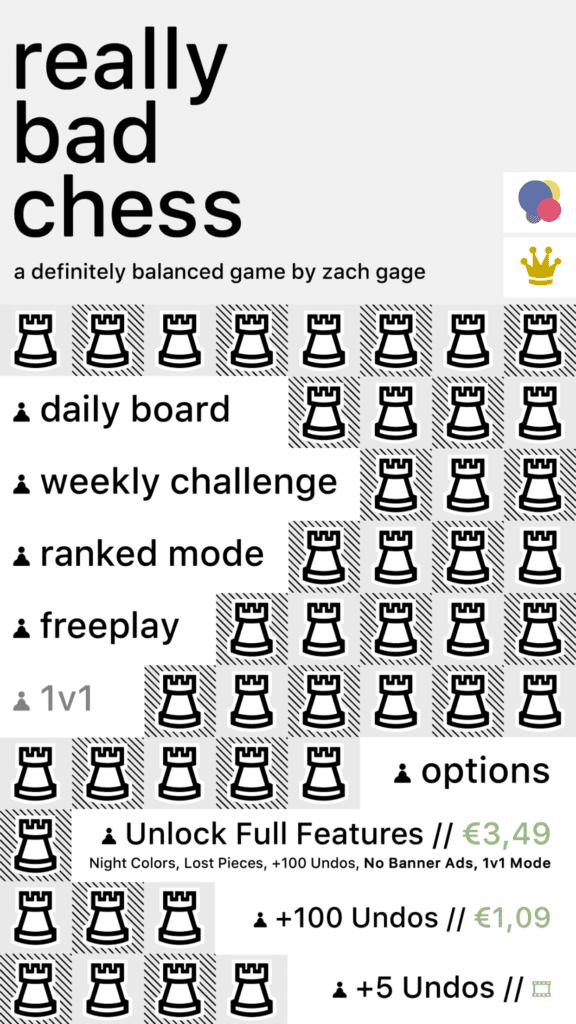 The menu of Really Bad Chess offers various game modes at the top and the option at the bottom to buy the Pro package or a few "Undos" or to activate it via a commercial.

There is also advertising in the game in the form of a small banner below the playing field and before each game. It's not really annoying because you won't be interrupted during the game.

You can (and should) throw in a few euros to unlock the premium features and support the developer. This includes, for example, the ability to change the colors of the game (for a night mode, for example) or to play the game against another person on site. This will also remove the advertising.

With another InApp purchase you can increase the number of available "Undos" by 100 or watch a short commercial to get 5 undos. That means, the undos are used up somehow. However, you can always undo a move, so I haven't tried anything here yet. If you buy the "premium package" you apparently also get 100 undos.

Conclusion: lots of fun for chess beginners and professionals

The icon of the Really Bad Chess app.

The game is really suitable for every chess player. I rarely play chess myself, but because the games always get down to business quickly, they usually don't last long. Nevertheless, the new game line-ups are always a challenge, as you can lose pretty quickly if you overlook one or the other lady.

Really Bad Chess is a lot of fun for me because I always hated the start of normal games. It always took a while until a certain list was available and you could plan a bit. The first trains start right here.

The AI ​​sometimes makes moves that I can't quite understand. I think then, now piece XY will be gone in a moment, because an obvious exchange of bishop for queen would be possible, but every now and then the AI ​​then chooses another move that spares my queen, but probably has the potential to checkmate me shortly put. That doesn't always work and so I've been able to turn the tide of the game in my favor here and there.

The AI ​​is definitely not "stupid" because I have been surprisingly checkmated several times because I overlooked a little something. So she plans a few moves in advance. On the iPad Pro, she sometimes "thinks" for 3-5 seconds, which is sure to be a considerable pulling depth given the computing power of the iPad.

I can only warmly recommend the game to you because it is a completely new and interesting chess experience. : D

You can find the website of Zach Gage at http://reallybadchess.com/.