A recommendation: 4K televisions that are suitable as PC monitors - with HDMI 2.0 and 4k UHD @ 60 HZ or more (updated)

My nephew told me yesterday that he was about to get one 4K TV would like to buy for less than 300 EUR, which he would then like to misuse as a PC monitor. The price struck me as suspiciously cheap, but since he no longer knew the brand, I couldn't check where the catch was. The whole thing made me kind of puzzled and I felt a bit read into the topic "4k TV as PC Montior"to find recommended 4K TV models. Basically, the resolution of a 4K monitor is the same as that of a 4K television, but there are a few differences in the display that I have explained in this post. Important for the article: Ultra-HD, UHD and 4K are used synonymously here and are also the same in practice. The resolution of the devices is always 3840x 2160 Pixel. The frame rate (fps = frames per second) would usually be 60 Hz or more so that moving the window or the mouse pointer on the television is also smooth.

When selecting the televisions below, I deliberately did not list TV sets with giant displays, because most of the time you sit close to the "monitor" and then don't want a 55 inch screen in front of you - that would be like 1st row in the cinema: impressive , but unmanageable. :) 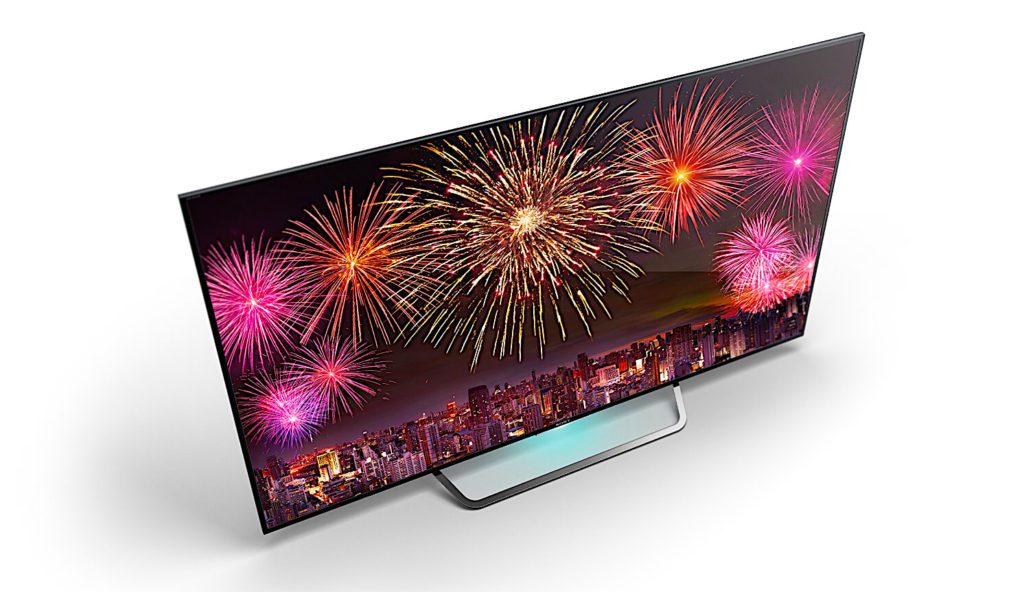 4K television as PC monitor: no problem with the HDMI 2.0 input. The Sony KD-43X8305C (pictured) is a potential candidate (Photo: Amazon).

But if you have a PC that has an HDMI 2.0 output, you can usually get a 60 Hz picture on the 4K television. If you have a DVI output (mini Displayport) on your MAC or PC, you usually have to use an adapter or a special cable, but this again has the disadvantage that it only brings the 4K resolution over with a maximum of 30 Hz. There was once an adapter from ULTRA HDTV that supposedly was supposed to handle 4k @ 60Hz, but it didn't work for many people, so the manufacturer has obviously stopped selling it.

Update: There is one Mini Displayport to HDMI adapter from Club 3D, which also offers 4k at 60 Hz and works well according to customer reviews (thanks, Heiko!). And here also the adapter as DP to HDMI (Thank you, Busch!).

Update, November 29, 2016: After consulting a knowledgeable reader (see comments), I have decided to revise this article. I have adjusted the list of suitable devices to smaller models and now offer you an updated list of good 4K televisions that are suitable as monitors for the PC. (For all those who are looking for 4K televisions that should only be connected to the computer from time to time, e.g. for gaming, I left the old list with the large models in the article.)

New list of 4K televisions that can be used as monitors

Now you have to see that the search for “small” 4K televisions is not that easy. The smallest models measure 40 inches in the screen diagonal, i.e. around 100 cm. The search filter at Amazon at least does not allow the selection of models up to 39 inches. So here are some 4K TVs with 40 inches and one with 43 inches, for those who sit a little further away;):

As you can read in the comments below, Marc pointed out to me that an important criterion for monitors is not addressed in this article - the sampling or subsampling, or in German: the Color subsampling. Unfortunately, this data is also missing from this update. I rummaged through the manufacturer's data sheets and also viewed the operating instructions if they could be found on the Internet. I have not found any indication of whether Y'CbCr 4: 4: 4 (high quality) or at least Y'CbCr 4: 2: 2 (medium quality) is used. - Update, November 29, 2016 end

As mentioned above, the HDMI 2.0 input as well as one is required for a good computer picture on the TV Frame rate of 60 Hz or more important. 2.0K @ 4 Hz is not possible without HDMI 60 - even if the televisions are otherwise advertised for 4K operation. According to this specification, I have selected some 4K TVs that meet these criteria and that also have positive customer reviews:

If you have models in use that you can recommend, I look forward to your comment. Please make sure, however, that I only record devices that actually offer real 4K / UHD with at least 60 Hz.