Repairing the retro console: Replace the analog stick and the C-stick of the GameCube controller 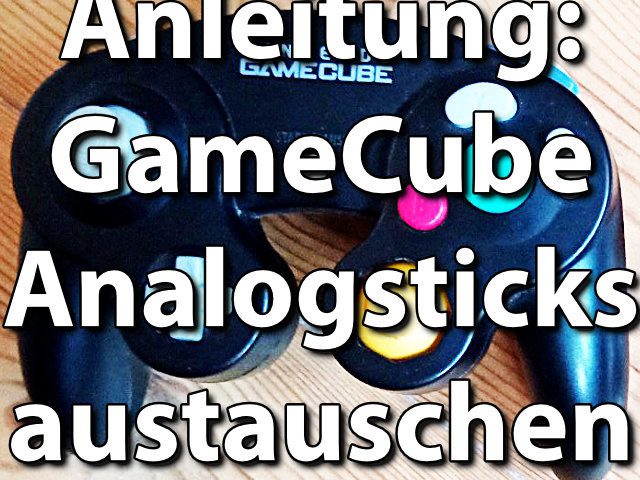 With the GameCube, Nintendo introduced the double analog stick on a game console controller. In addition to the left stick, which was still based on the N64, the yellow C keys of the N64 have now also changed to stick form. In the meantime, the caps, made from softer plastic / rubber rather than hard plastic, are likely to be worn out by many gamers. Here you will find instructions, thanks to which you can repair the retro console cheaply - simply replace the analog stick and C-stick of the GameCube. Right at the beginning: only the covers and not the electronic components are replaced.

There are various providers of replacement elements that you can install in your Nintendo controller. If you do not have the right screwdriver ready for disassembly, then a complete set offer is worthwhile. I used one of these - at an extremely low price - and ordered the article “Gazechimp 8 x Protection Accessories Caps with Screwdriver For Nintendo Gamecube Controller” from Amazon. 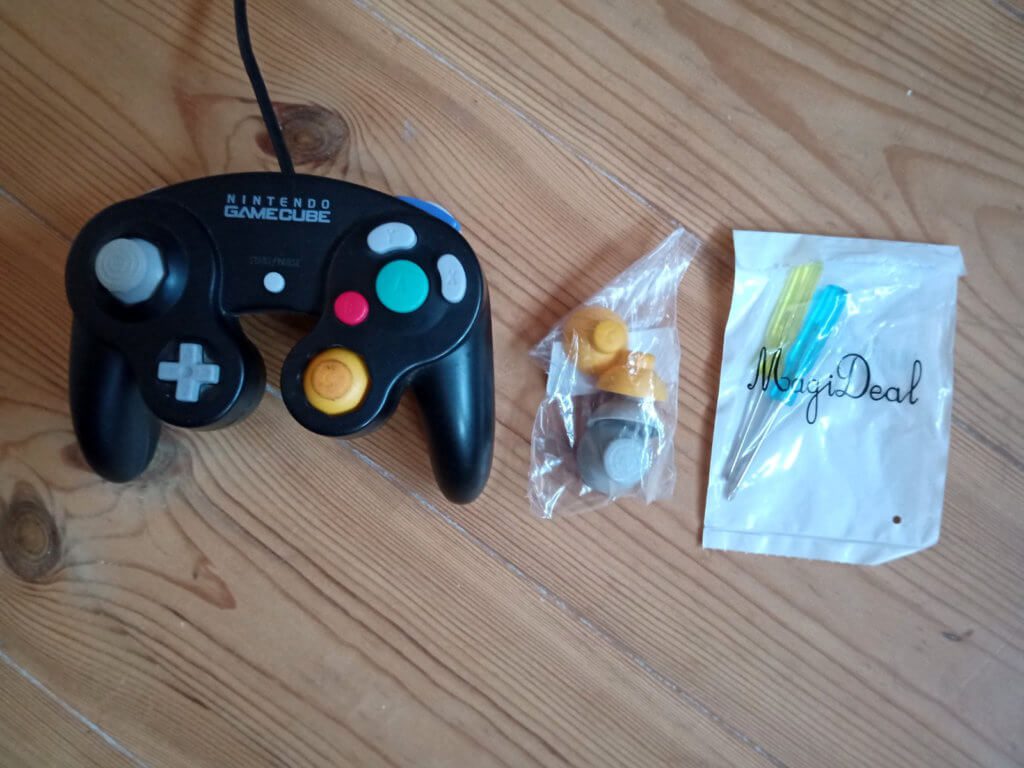 In order to be able to exchange a GameCube controller analog stick, you not only need spare parts, but also the right tools.

In addition to the two screwdrivers required, it also contains four caps each for the C-Stick and the analog stick. The product for 3,99 EUR (but in my case 2 weeks delivery time) can be found with this link. There is also by MagiDeal as well as without a screwdriver. 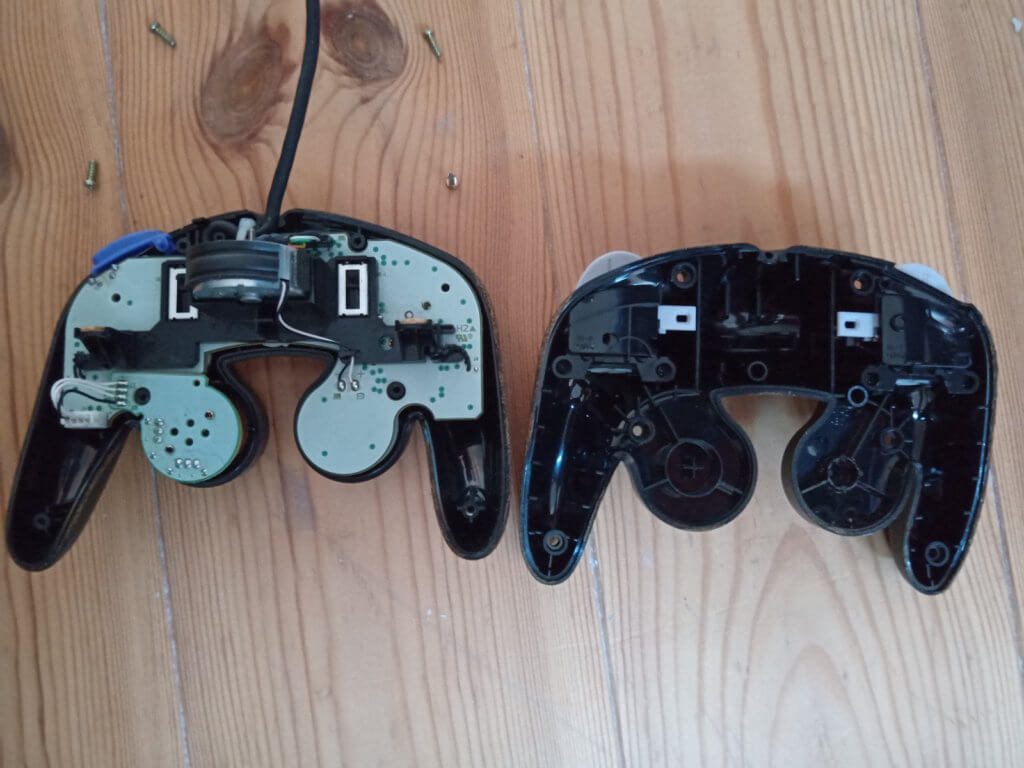 Unscrew the GameCube controller - you can do it with a Y-type Tri-Wing screwdriver.

Tip: Hold the front side (with the buttons) down so that nothing falls down when you open it.

Step 3: loosen the circuit board (note a small screw)

As soon as you open the GameCube controller, you notice how much more technology is in it than with the N64 controller, which is still comparatively simple. However, you can get to the C-Stick without having to remove the circuit board. The complete exchange could also be implemented quite easily. The situation is different with the gray analog stick - for this you first have to loosen the small, black screw at the top right - the yellow Phillips screwdriver is used here. 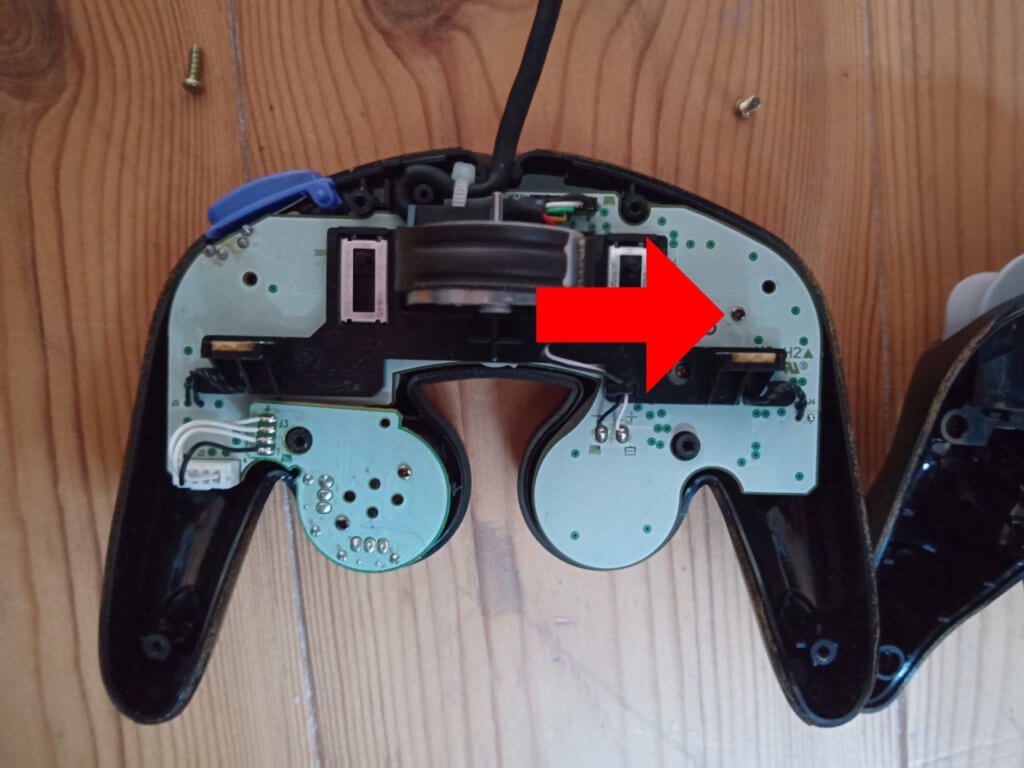 Is the board difficult to come off? Then see who is hiding at this point;)

Step 4: Install the new covers for the analog stick and C-stick

The old caps can easily be removed from the components of the sticks - simply hold the component and pull on the cover. Now that you have the controller housing as well as the buttons, buttons and the circuit board “naked” in front of you, you can clean them up. This was necessary for my used (and unfortunately quite dirty) controller. But then it went straight to renewing the stick tips. Fiddle around a bit until the stick and cap fit together and then press firmly. 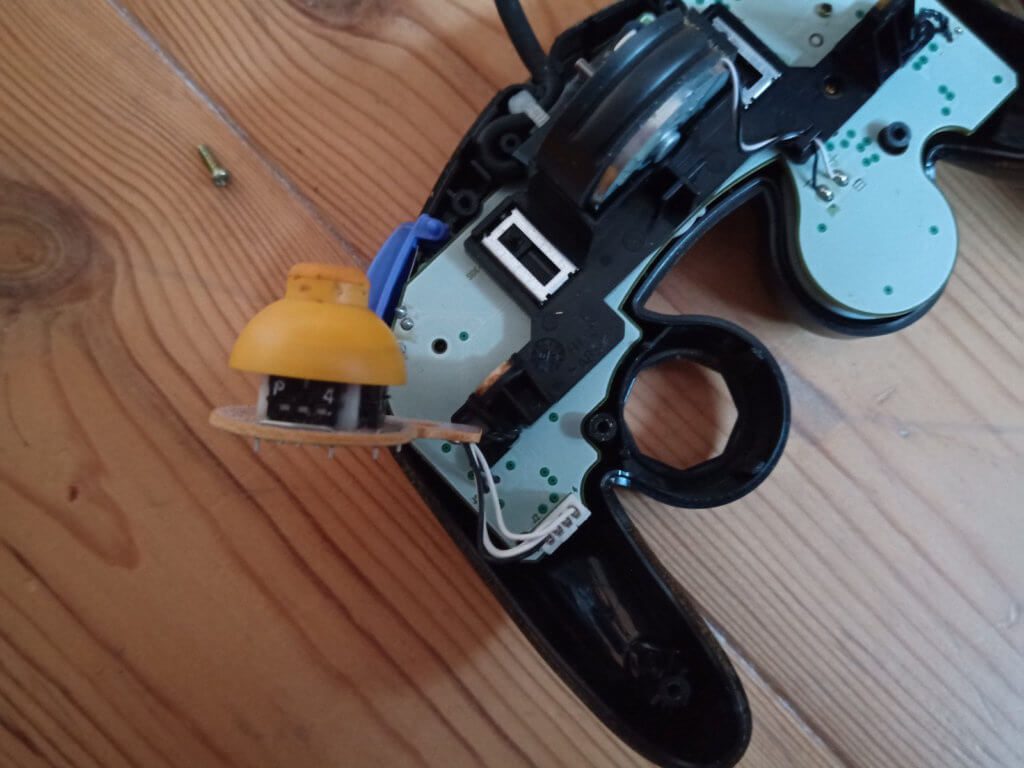 Step 5: screwing the controller together

Depending on how much you have taken the controller apart (the R and L button mechanisms can also be unscrewed), you first put the buttons and buttons, their contacts and the Z button back into the housing or on the circuit board . Then you carefully bring everything together, screw the circuit board tight, press the housing together and fix it again with the Y-Type Tri-Wing screws. Finished! 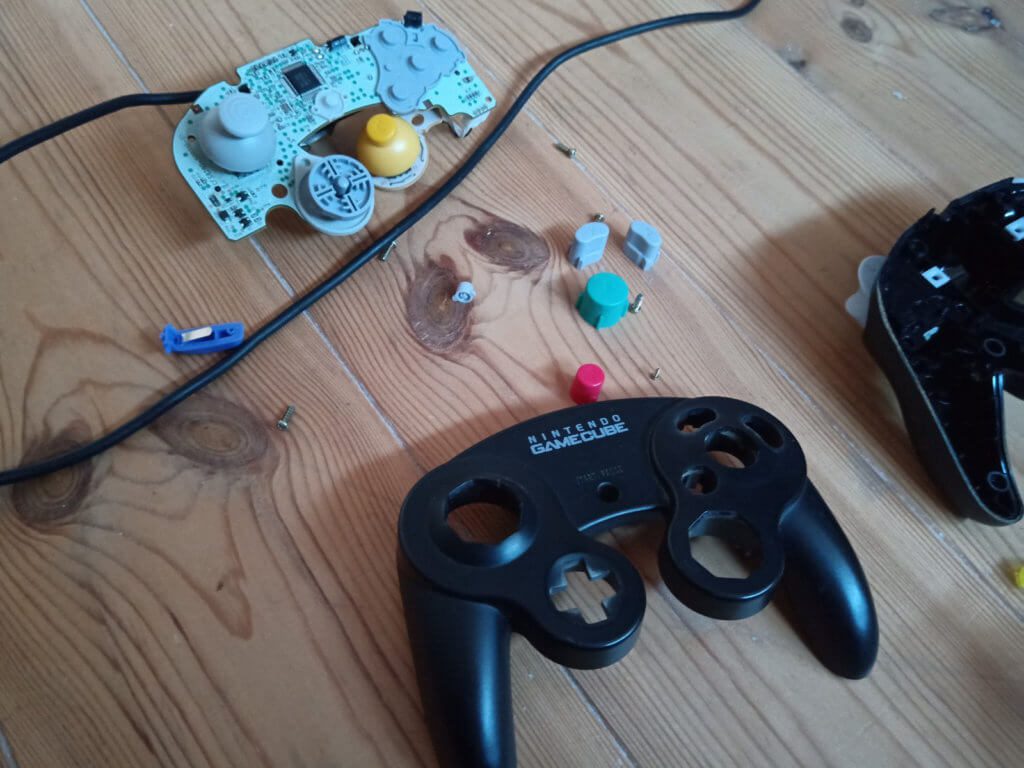 Have you put the new caps on the analog stick and C-stick of the GameCube controller? Are all buttons and buttons well connected to their contacts and the circuit board? Do the R, L and Z buttons fit well? You can only find out if you start paddling again right away;) If it worked with one controller, then it's best to take on the others as well ...

Conclusion on the GameCube swap analog stick and C stick

Fixing the GameCube may be difficult, but replacing the controller's analog sticks is pretty easy to do. And with the small price that you (currently) still pay, it is also cheap. With the coming rush on the controllers through the Super Smash Bros. Ultimate Limited Edition Package (will be released on December 7, 2018) with GameCube controller adapter for the Nintendo Switch, there will certainly be a huge demand for the controllers and matching accessories!