Available from today: Retro-Bit Prism HDMI adapter for the GameCube 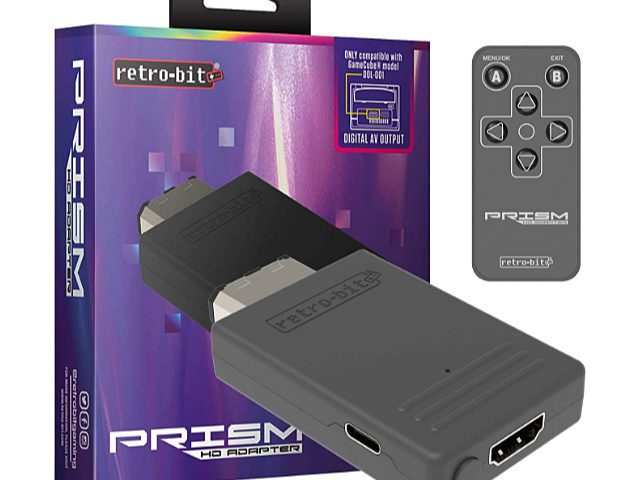 If you have a Nintendo GameCube model DOL-001, you can try a new adapter from today to get the best picture on modern flat screens with HDMI connection. Because on these, the picture from old consoles such as NES, SNES, N64 and GameCube can appear blurry or "squishy". The Retro-Bit Prism HDMI Adapter for the Nintendo GameCube, which is available from today, offers a USB-C connection to load new firmware. So if you are not 100 percent satisfied, new software can improve the result.

The Nintendo GameCube HDMI adapter from Retro-Bit has been available since May 14, 2021. Here you can find out what the Retro-Bit Prism can do and which GameCube model it is compatible with.

The new Nintendo GameCube HDMI adapter from Retro-Bit can be used with the DOL-001 model, which has a connection for digital image output. The picture is then transferred from the adapter to the television using an HDMI cable. Adjustments to the image output can be made using the remote control supplied. An extensive setup should not be necessary, according to the product description, the setup is designed for plug-and-play. There are already reviews from the USA on the Amazon product page, the photos of which promise a good HD experience. 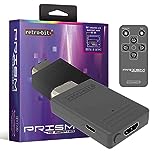 Why does the adapter only work on certain GameCube models?

In the EU, the Nintendo GameCube appeared in 2002 with the model number DOL-001 and two connections for image output. As with the SNES and N64 before, this model also had an analog AV-Out, which could even be used with the same cables as the previous consoles. In addition, the console, which was new at the time, also came with a digital AV-Out. The new Retro-Bit Prism HDMI adapter for the Nintendo GameCube is connected to this digital video output. The DOL-101 model (a revision from 2004) is not compatible with it because the digital AV-Out is missing and only the analog image output is possible.

instructions: Replace the caps of the NGC controller joysticks

Alternatives: Other digital and analogue to HDMI adapters

If you don't want to spend so much money on the new adapter or if you are missing more 5-star ratings, you can find a few alternatives on Amazon. These also offer good to very good ratings here and there. But you have to keep an eye on whether and how new firmware can be installed, at least if you as a developer want to adjust something yourself at some point or install new software from GitHub / HomeBrew sites. As far as I know, analog-to-HDMI adapters do not currently offer this option at all.