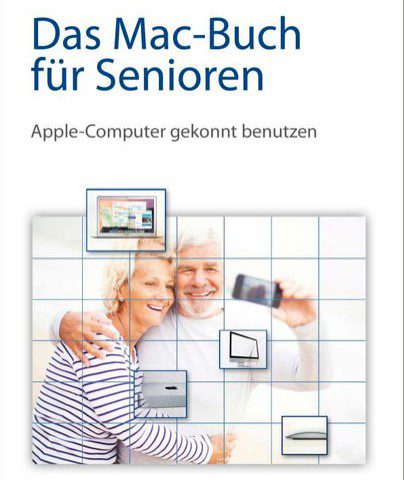 A few days ago I received the work "The Mac Book for Seniors". Now you are probably wondering why I first read senior books when I was a little over 40 and, secondly, also beginner's books when I have been working with Apple computers for decades ... to be honest: I'm terribly curious and that's why I'm interested in such books. I also had an ulterior motive that I might always give this book to people who will listen to my recommendation and buy a Mac. After all, most of the people I know are in the early stages of being a senior. :) 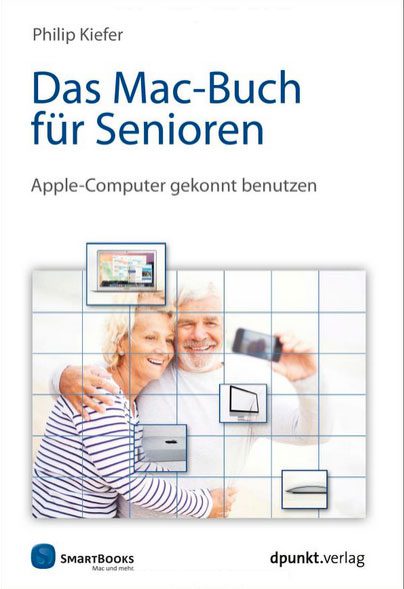 Nicely presented and extremely comprehensive: "The Mac Book for Seniors", which is also a helpful reference work for younger people (Photo: Amazon).

About the book: Kindle and "real" book by a real Maccian

But now let's get to the book itself. It is paperback as a print edition and as a Kindle Edition available, whereby the Kindle edition is a few euros cheaper as usual. As a rule, however, I opt for the print version, as it allows me to leaf through more quickly and usually prefer to have something "printed" in hand when it comes to reference works.

The author of the book is Philip Pine, which also has numerous other works on Macs and iOS devices as well as their operating systems and software in dpunkt publishing house wrote. I think I can be described as a competent person in dealing with Macs without a guilty conscience, and so the Mac book for seniors is also a well-founded reference work - not only for seniors.

A nice idea is "Mr. Peters", who as a character accompanies the reader through the book and gives tips over and over again, thus taking the reader by the hand and encouraging them to continue working with the computer. Newbies in particular tend to feel overwhelmed by the 380-page work. But after the first few pages it quickly becomes clear that you don't have to read everything to get along with the Mac. This is because a large number of programs and devices are described, and very few users will use all of them.

In practice, it is much more likely that you only read the chapters that interest you. If I just want to use the Mac to email and text, I can refer to the instructions for iMovie, iTunes and some other programs.

The first thing I noticed when leafing through the book is the fact that it is equipped with a lot of screenshots and photos and thus really shows the reader step by step how to operate something. It is also noteworthy that the screenshots and the instructions already refer to the Mac OS X Yosemite refer, which is not at all on the market as long as it is. It's great that the author and the publisher are so up-to-date here - "bleeding edge", so to speak. ;)

The scope of the content is also very praiseworthy. The book really describes a lot, which can only come into consideration when dealing with the Mac. Just to give a few examples, here is a small list of what is presented in the book with photos and screenshots:

You can already see that these few points alone go into great depth - and it will stay that way. For example, you get to know all the symbols in the system settings and you will also find instructions for programs such as iTunes, iMove, Pages, Numbers, Apple Mails and so on. The book is really a guide that should come with the Mac directly from Apple. 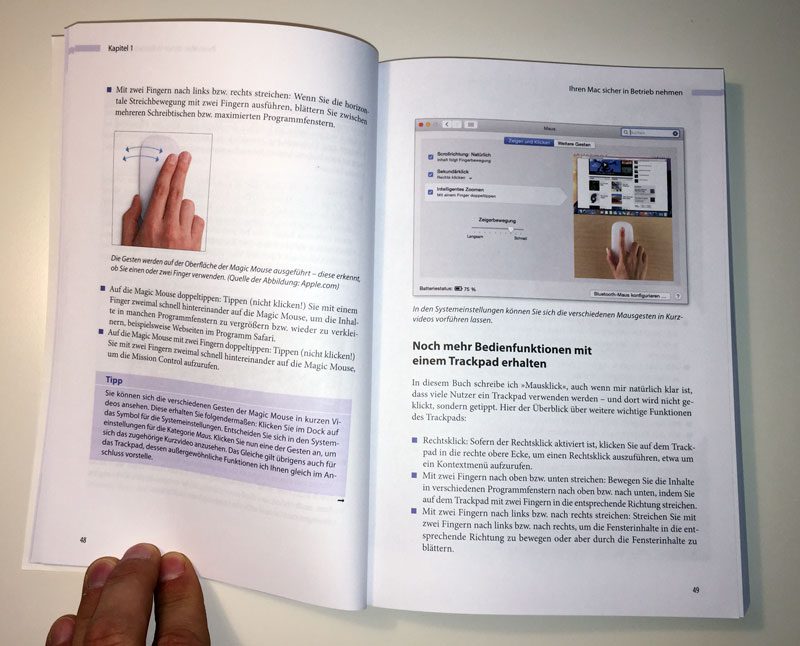 In the chapter on input devices and the part about the Magic Mouse you can see how detailed the descriptions are (Photo: JK - with the permission of the publisher).

As mentioned above, the book is provided with numerous screenshots on which it is marked in detail where you have to click or where you can find which information. With these very well explained and illustrated instructions, even a novice can do certain things with the Mac:

Conclusion - a Mac manual as it should be!

I think the book is a great manual that I would not only recommend to seniors. I even used it to review the possible gestures of the Magic Mouse. You just can't know everything, but you can read everything. :)

I think I'll put the book on anyone's shopping list in the future who wants to know which Mac to get. And with me there will be a place near the desk to browse through here and there. For example, I haven't really figured out iMovie until today and with the book, maybe the somewhat haphazardly clicking around will finally come to an end when I have to edit videos. ;)

If you want to buy it, you will find it here on amazon.