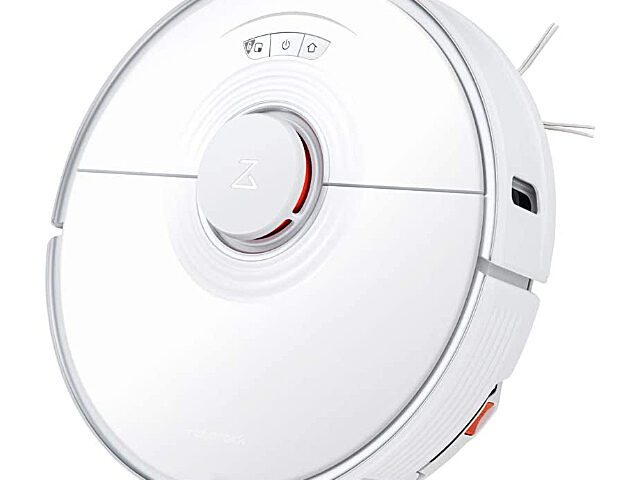 The latest robot vacuum cleaner model from the Xiaomi brand Roborock, the S7, is available directly from the German Amazon site. With Prime Shipping, delivery doesn't take that long. The Roborock S7 The robot vacuum not only has a suction force of 2.500 Pa, but also a smart wiping function. Unlike previous models - such as the Roborock S50 - This robot vacuum cleaner doesn't just pull the mopping cloth with it, but presses it onto the floor and makes it vibrate. The floor is actively cleaned instead of just moistened. If the Roborock S7 detects a carpet, the wiping component is lifted.

You can buy the Roborock S7 vacuum robot with smart wiping function on Amazon with Prime shipping.

The robot vacuum cleaner Roborock S7 has a dust container with 470 ml capacity and a water tank for 300 ml water. The runtime for vacuuming at the highest level and active wiping with an ultrasonic mopping cloth is 5.200 hours thanks to the 3 mAh battery. 600 g of pressure are exerted on the wiper module during active operation.

Smart control is possible via Amazon Alexa or Apple Siri, among other things. According to the product description on Amazon, short commands can also be used to automatically clean the smart home with the Roborock S7. Schedules for cleaning individual rooms can also be set up. The price is 549,00 euros. 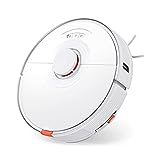 Control via the Xiaomi Home app on the iPhone

I don't currently use that many Xiaomi products, but I've installed the manufacturer's app to at least get the We are Air Purifier to control. For the sake of interest, I checked the overview for setting up new devices to see whether the Roborock S7 vacuum cleaner robot could also be found. And it really is.

In the overview you can find this vacuum and mopping robot - in addition to numerous other vacuum robots and other smart gadgets. If you tap on its picture, instructions for pairing the device with the local WLAN and thus with the Xiaomi Home app are displayed. The device can then be safely monitored and controlled again via this app. Practically!

In addition to Alexa and Siri, you can also use the Xiaomi Home app for smart control and monitoring of the Roborock S7 vacuum cleaner robot.