Robosexuality: A Robot as a Partner for Relationship and Sex? 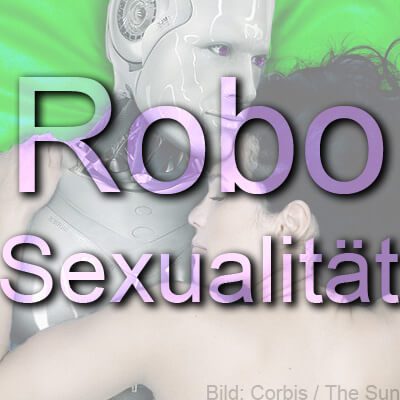 Granted, robosexuality is only vaguely related to Apple, but a lot to do with the category Nerd stuff & gadgets - after all, there are already people who want to marry robots. Apart from films like The 200-year-old man or Chappie the topic is also rather unknown or unpopular in society. Anyone who gets involved in sex or even a serious relationship with a non-human object or being is also almost everywhere dismissed as a weirdo or not in the right mind. However, the digitization of life does not automatically lead to scenarios that can also be found in Here able to see?

The Disney / Pixar film Wall-E is (among other things) about the affection between two robots - but what if robot and human come together in a relationship? Is robosexuality a serious issue?

Love between robots and humans?

In a post by Sun of December 20, 2016, the right of humans to officially and legally marry robots will be discussed. Reported on January 1, 2017 20 Minutes about a woman named Lilly in France, who is already engaged to her robot (self-programmed and 3D-printed). A logical development in a world that is becoming more and more technical and digital? Part of the much touted Home automation? The affection for robots, as it is not taken very seriously, also with VICE is mentioned, something that we will have to be prepared for across the board in the future?

Robosexuality: Many questions, hardly any answers

Im Death and Taxes Magazine, which took up the topic in 2015, is not only discussed in the article itself about robosexuality, roboromantics and robots as the "downfall of society" in general, the comments also provide quite a bit of opinions and views. Older and current news take care of the topic; but like me above, other writers can mostly only ask questions. Sure, the topic itself seems strange. Less open people like to rigorously distance themselves from everything with a “That mustn't be, that's unnatural!”. But hasn't our lifestyle been unnatural for decades, soon centuries?

Robots as an answer to prostitution, overpopulation and co

Referring to the HBO series Westworld goes to CNN with a contribution on robo- or technosexuality. What would be the advantages and disadvantages of robots as sex workers and prostitutes? What role could they play in forms of therapy, and would they prevent crime if people could vent their fantasies on them? An exciting and sensitive topic that is psychologically complex.

The Daily Beast shows, however, as early as 2014that in a survey around 46% of those questioned had nothing against having sex with robots: "With 46% of those surveyed admitting that they'd either get under the covers with a sexbot or not judge those who choose to, that's a fair proportion of people prepared to embrace getting dirty with droids.“- the sexual contact of homo sapiens and technology could also be a solution to the problem of prostitution - a topic far removed from love, but part of the discussion. The issue of overpopulation could also be taken in a new direction.

Comments on the web vs. contribution to society

Admittedly, explaining the topic broadly on the Internet leads to reading the comments under the individual news, not really leading to a constructive discourse. Instead of briefly formed opinions, you need something tangible. Are romantic feelings towards machines possible, as with the French Lilly, or is this a sign of fear of society, of a relationship and contact with real people / a real partner? What can films like "Her" show us? There is still a lot of serious and well-considered thinking to be done in this area. But I guess the industry will be faster and be quick to meet the needs of robosexuals and the curious.