Granted, it's not an Apple device, but the Samsung Gear 360 Camera with 360 ° video recording and Photos with 360 ° or 180 ° is absolutely hip at the moment. And that's not just because of the comparatively small price, but also at the one supplied for it Quality. The Internet, especially YouTube, is full of examples of the various uses of the small, round ones 360 degree camera from Samsung. And therefore a technically interested look is even more worthwhile; also - or precisely because - this is an Apple blog. It doesn't hurt to think outside the box every now and then.

Samsung Gear 360: NFC and Bluetooth only with Galaxy 7

The 360 ° camera operated via smartphone is currently only compatible with the current Samsung flagships. However, if you own such a smartphone, you can use the All-round camera leave out. The camera can not only be operated via the Samsung Galaxy model, the current recording is also transmitted. So the user has full control during the entire recording.

Samsung Gear 360 as a replacement for the GoPro Hero?

GoPro Hero is often referred to as a synonym for action cameras. Because it is small, light, yet robust and of high quality, it is used (especially on the internet) by almost all major media professionals for action shots. In addition to the strong structural features But it is also the GoPro because of its Wide angle popular. 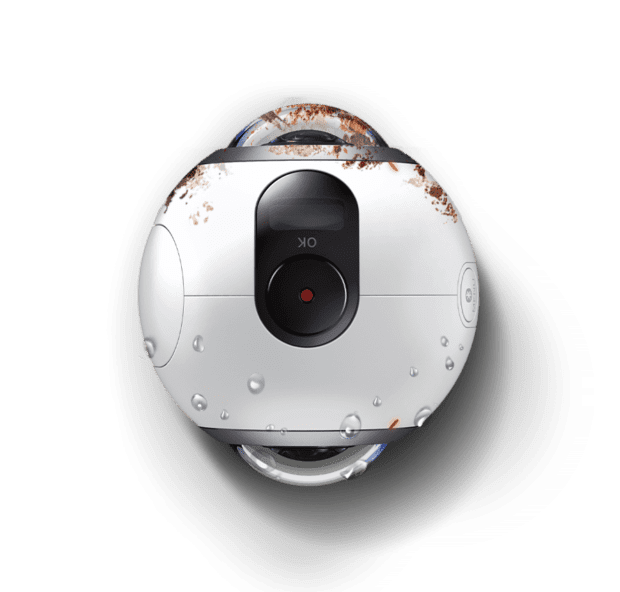 The Samsung Gear 360 as an action camera with ultra-wide angle? Source: Samsung.com

And here comes it Samsung Gear 360 Camera into play. This is because it only has two lenses installed, which in turn means that each of them 180 ° wide receives. So she can do a wide angle! Samsung also states that the Gear 360 protected against dust, dirt and splash water is. For many action shots, that's enough. Under water or in other rather extreme situations, you should use the GoPro including the corresponding accessories.

Here are the most important information about the all-round camera from Samsung: 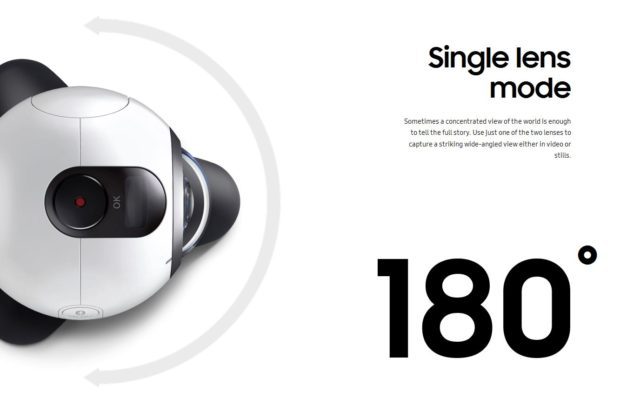 After the camera was initially only sold on a test basis in Germany, it is now also available as a regular option order from Amazon. The sales platform says that the entire bundle is included Samsung Gear 360, Samsung Gear VR virtual reality glasses and Samsung Galaxy S7 costs a little more than 1.000 euros in total. The most expensive of these is the smartphone.

If you want to see the camera as a single offer or order it directly, then this is the link to the product page on Amazon.

Samsung is promoting its camera with this video (see below), with which I would now like to conclude this post. Take a look at the pictures and decide for yourself whether 360 ° VR recordings could be a "playground" for you. I find the technology very exciting, but I currently lack the area of ​​application and thus the motivation to get such a camera ...