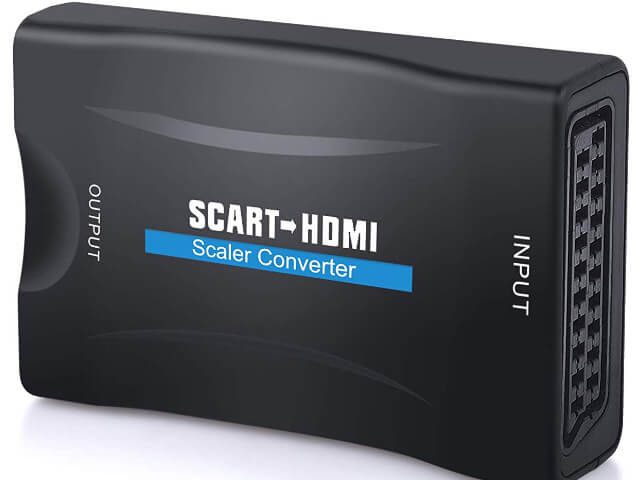 A Scart to HDMI adapter or HDMI to Scart adapter is a great way to connect old devices to the Smart TV or new hardware to the old TV. However, when buying the gadget to be switched between the individual components, one must pay attention to the corresponding direction of the audio and video conversion. Because the respective adapters usually have a uniform appearance, but a different type of structure, functionality and possible uses. In the following I have put together a model for you as well as tips for purchasing decisions. Feel free to leave a comment if you also have product recommendations and tips on the subject;)

A Scart-HDMI adapter or HDMI-Scart adapter helps you to convert audio and video from analog to digital or the other way around. Images: Amazon

Of course, most of the new Smart TV models also have one or two Scart connections. But if this connection is occupied or you might not want to use a TV but a monitor (with only HDMI or at most VGA / DVI), you need an additional device that connects the old plug to the new connection. To “send” from Scart to HDMI, you need a Scart-HDMI adapter that has the former as input and the latter as output. You can see whether this is the case directly on the device and thus also on the respective picture on the product page. The bestseller costs EUR 16,99, looks like everyone else and is sold by GANA. 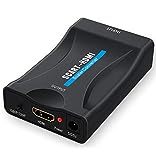 3.041 Reviews
GANA converter 1080p HD
Scale converter to import audio and video from the analog Scart cable to the digital HDMI input of the target device. 1080p and 60 Hz are supported. The scope of delivery does not include a corresponding cable, only the Scart to HDMI adapter and the associated power supply unit. In this way, VHS, old consoles and more can be connected to a smart TV or monitor.
17,99 EUR
Buy it at Amazon Price includes VAT, plus shipping costs (updated: 21.01.2022 at 06: 00 clock)

In the opposite case, you want a new DVD and Blu-Ray player, a console like that Nintendo Switch or the like with the HDMI cable to the Scart connection of an old TV. For this you need an HDMI to Scart adapter, the input of which supports the new format and the output of which is made for old cables with bulky plugs. Basically, this converter looks exactly the same as the one above, only the input and output are swapped. One model that was rated very well on average comes from a provider called Proster - here the Amazon product page. 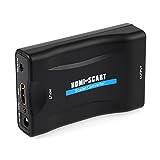 Proster converter 1080p HD
This video converter ensures that you can connect your HDMI devices to old TVs with a Scart connection. Image and audio are converted equally from digital to analog. With this HDMI Scart adapter, the gadget itself and the necessary power supply unit are also included in the shipment.
11,99 EUR
Buy it at Amazon Price includes VAT, plus shipping costs (updated: 21.01.2022 at 06: 00 clock)
-