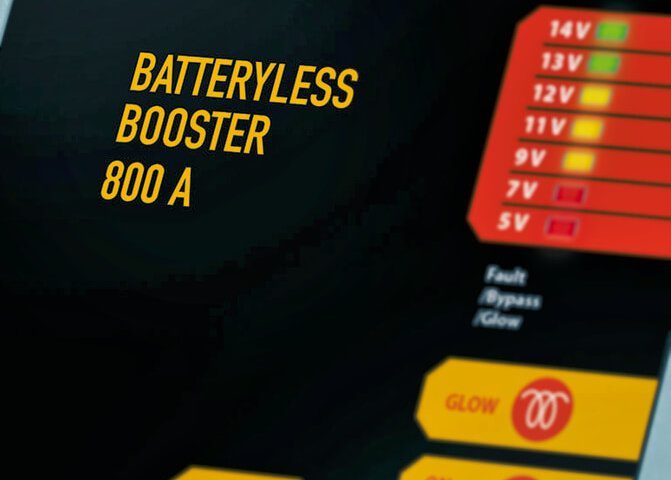 The topic of jump-start assistance for cars and motorcycles has been on my mind for some time now and I keep coming across new aspects. The trigger was my own positive experience, which I wrote in my article "Jump start power bank in the test - it really works!"The many readers impressions that the article has, show me that there is a certain amount of interest in these products.

For this reason, I would like to present another category of jump starter devices that I only discovered yesterday when I was reading an interview from a manufacturer: jump start devices without a battery. 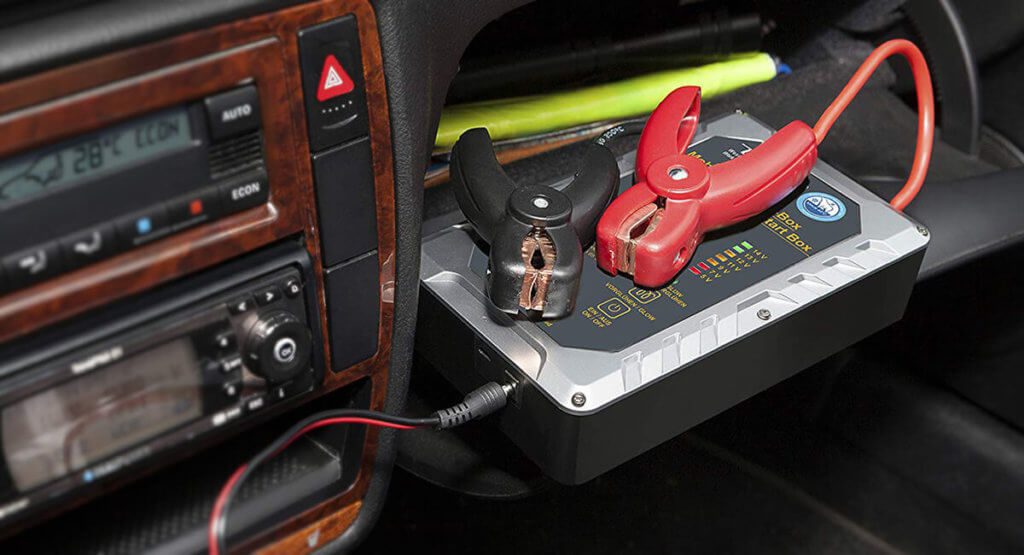 Battery-free jump start devices like the MSB300A work with UltraCaps and can be charged in a few minutes with the residual voltage of the weak car battery (Photo: Amazon).

While the jump-start power banks, one of which I use, are equipped with their own energy source (mostly lithium-ion cells) and therefore rely on regular charging, the battery-free jump start devices are powered by the residual voltage of the motorcycle or car battery .

It is sufficient if the car battery has a minimal residual voltage, because the UltraCap capacitors (also supercapacitors or ultracapacitors) collect the current even at a very low voltage level and then transfer it to the starter during the starting process. 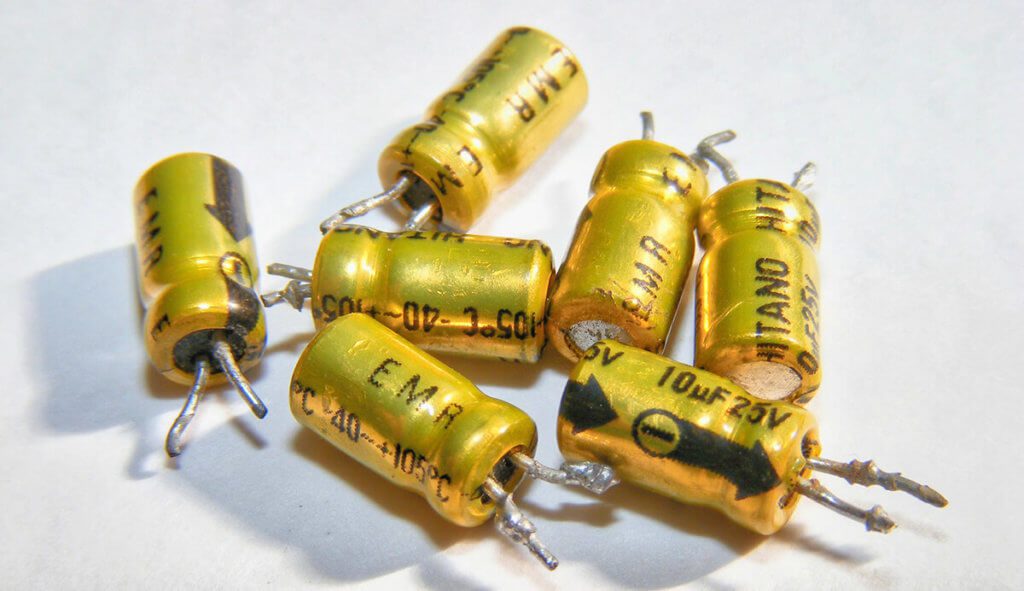 Advantages and disadvantages of self-powered devices

[-] No start without residual voltage

The advantage of this technology is that you don't have to be careful to keep the jump starter in a charged state. A disadvantage is that with batteries without residual voltage you have no chance of starting the vehicle. However, since high-quality devices can be charged with a 5-volt USB power bank, the case that you are completely without electricity is relatively low.

Another disadvantage of the maintenance-free starting aids with capacitors is the poorer ratio between weight and maximum current. Even the devices with 300 A weigh well over a kilo. For motorcyclists on long journeys, devices with rechargeable batteries are the better choice. In this context I would go to the minimalist one Dino power pack 12V-400A guess that weighs just 800 grams and offers 400 A peak current. 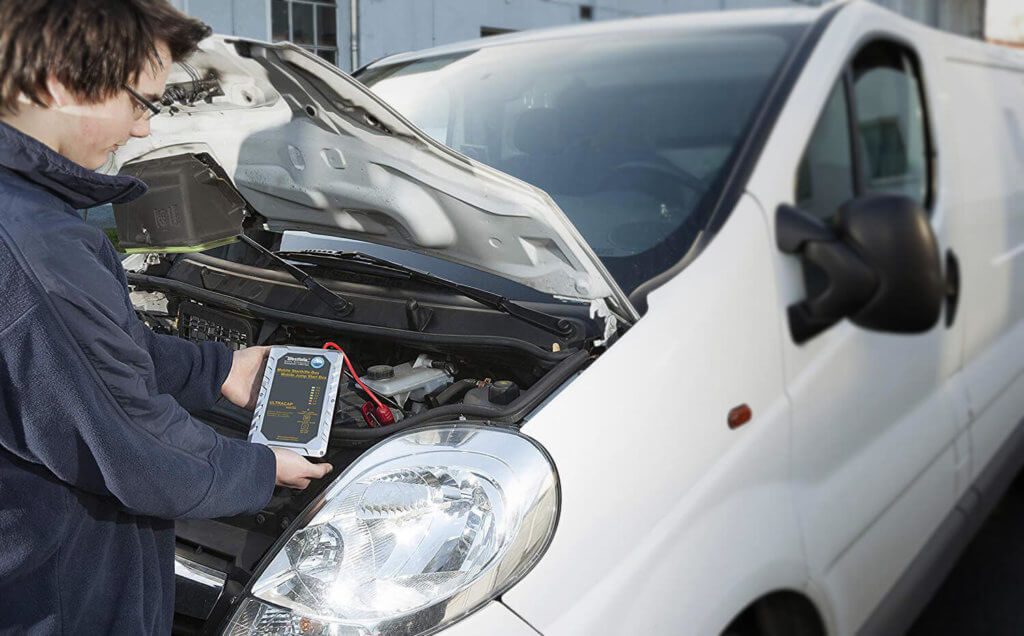 It can also handle transporters MSB300A from Westfalia, if the displacement is not too big (Photo: Amazon).

[-] Not for vehicles with large cubic capacity

Since it is not difficult for me to supply a jump start power bank with power every few months (you can even do this via the cigarette lighter socket if you are on a long car journey), I prefer this device category. My VW bus has a displacement of 2,5 liters (diesel) anyway and is therefore over the displacement limit.

Since the capacitors can withstand significantly more charging cycles than a Li-Io battery, the durability and thus the number of possible start attempts is many times higher. The advantage has to be put into perspective, however, because if you are not working at the ADAC and helping 10 cars a day, a battery-powered device should last for many years. 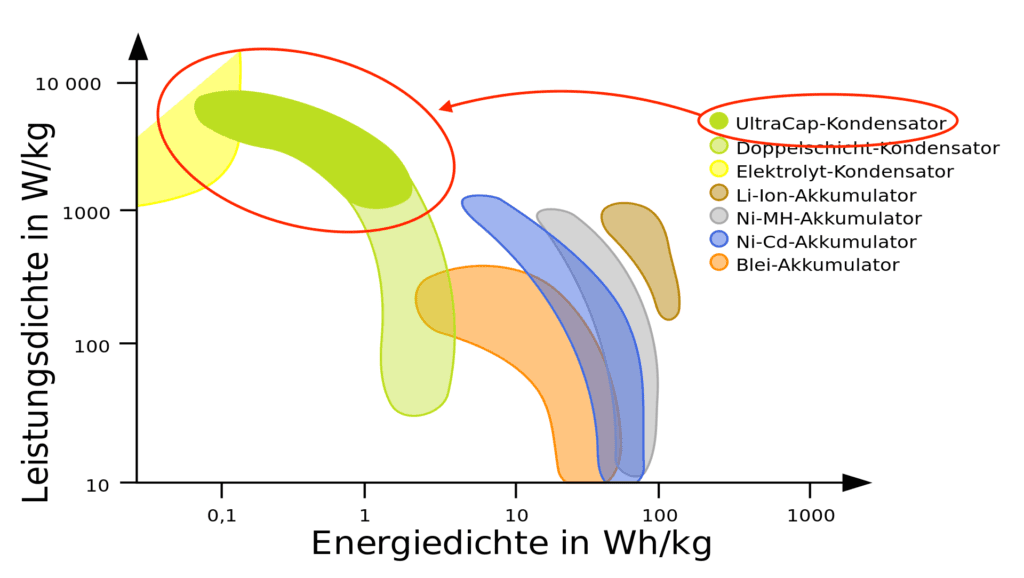 In the Wikipedia diagram you can see that the UltraCap capacitors have a very high power density, while they score less in terms of energy density. This means that although they cannot store as much energy as a battery of the same weight, they can absorb and, above all, release an enormous amount of energy in a short time. And that is what matters when starting a diesel or gasoline engine (source: Wikimedia).

Recommended models of jump starters without a battery

If you have decided to buy one of the devices without a battery, then I would like to spare you the research on Amazon and present the best starting aids with ultracapacitors here.

The maintenance-free starting aid MSB300A from Westfalia can be charged via the residual voltage of the car or motorcycle battery as well as via a 5-volt output from a USB power supply unit or a normal power bank. With the included adapter for the cigarette lighter you can even get a charge from another car. The peak current is 300 amperes, which makes the Ultracap jump starter without a battery suitable for gasoline engines up to 3 liters and diesel engines up to 2 liters. The jump starter also has a glow plug button - especially for diesel engines.

The battery booster from GYS called Startronic 800 advertises a peak current of 800 amps. The product description also says that you can use the jump starter to start ALL cars that are equipped with a 12 volt battery - whether diesel or petrol. I think this statement is bold, but the device has been rated well by customers because it serves its purpose. You can charge the GYS Startronic either via the battery terminals, the cigarette lighter or via a Micro-USB-Connection.

The jump start M + S booster offers a maximum current of 400 amperes and should therefore be at least as powerful as the Westfalia device. I still put it in third place because some customers had complaints and one of them even reported that M + S jumpstart smoked when connecting to the car batteries. This can only happen with a defective device that can then be exchanged.

The positive 5-star ratings and the fact that there are no other recommendable capacitor jump start devices made me name the M + S Booster here despite the problem reports.

I couldn't find any other devices that were rated outstandingly good. If someone has a tip that I have overlooked or overlooked, they are welcome to send it to me using the comment function.