Sensei - functions of many Mac tools in one app 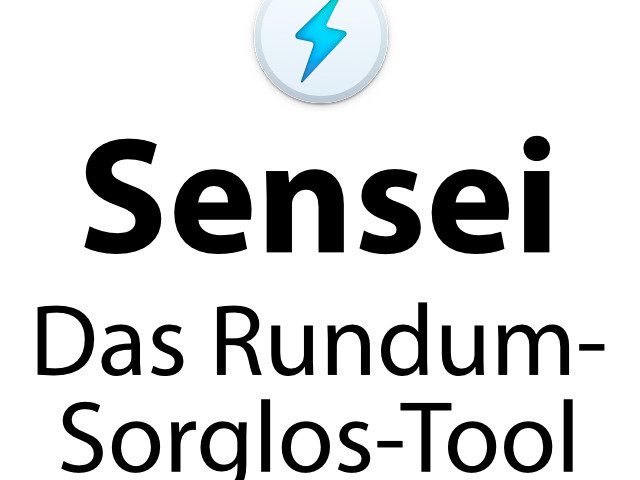 The Sensei App for Mac models from macOS 10.15 Catalina is a comprehensive tool to oversee the hardware of the Apple computer, improve the performance, manage the hard drive and the like. DriveDx, CleanMyMac X, DaisyDisk and iStat Menus have been on my Mac for a long time. Every tool is recommendable and, in my opinion, worth its price. But you have the disadvantage that you pay four developers and then have to move through four programs. The Mac performance app Sensei is now taking a sweeping blow and bundling the functions of these apps in one program.

TL; DR: You can go directly to the provider website here

The user interface of the Sensei app for Apple Mac is clear and effective. An extraordinary performance tool that combines the advantages of various competitors. (Click to enlarge)

The functions of the Sensei app for the Mac are almost too extensive to be summarized in this little introduction. This includes monitoring of the CPU (processor), GPU (graphics processor), RAM (memory), hard drives, fans, battery (with MacBooks) and so on. There is also an uninstaller that can be used to uninstall programs. In addition, an optimize function to increase the performance of the computer and, for example, to free the system start of annoying apps. The clean function helps clear out the hard drive, which can also be checked for its “health” using a SMART report. 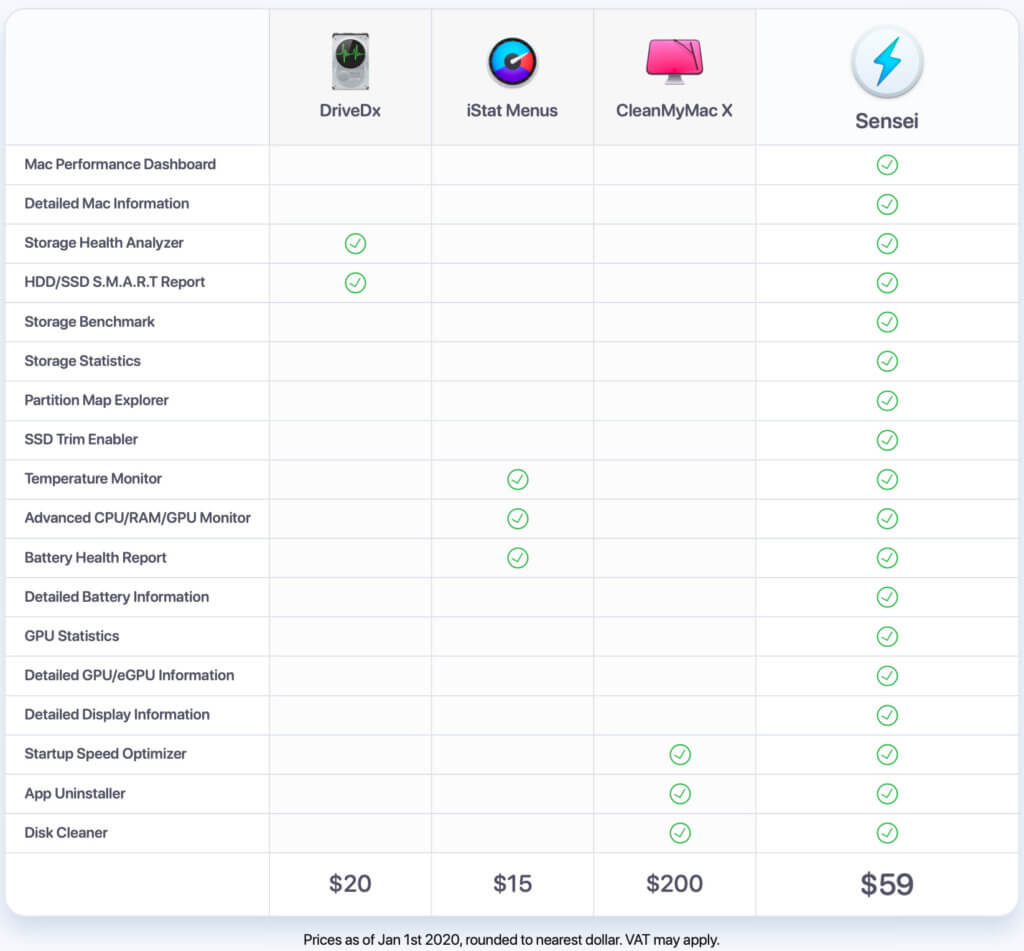 This overview (screenshot of the sensei.app website) shows that Sensei combines the best of all performance worlds.

Sensei is currently only available in English and Swedish

Unfortunately, the tool for the all-round handling on the Mac is not yet available in German (as of 28.01.2020/XNUMX/XNUMX). Over time, however, this should change. In addition to the two language settings currently available, six more are already in the works. If you want more language options in the Sensei app, you can tell the developers about this on their website.

The following languages ​​are currently offered:

These languages ​​are to be added soon:

Sensei with the best price-performance ratio

You can find a free download of the Sensei app directly on the provider website; Of course, this is only a test version. But with the demo you can already try out whether the software is for you. The “Buy Now” button takes you to the purchase page, where you have two options: a subscription for 29 US dollars a year, and a lifetime license for 59 US dollars. Who is taking the subscription? : D

Both versions are valid for one user and three Macs. So you can equip the stationary iMac, your mobile MacBook and the Mac mini (or whatever models you are using) with it in parallel. The value added tax can be added to the prices mentioned.

Sensei for the Apple Mac is comprehensive software that combines the functions of various tools. The pricing is also very fair. And what I particularly like: The app is made very stylish and even shows the respective Mac model that you are using. The user guidance is also very comfortable and so it stands to reason that I will carry out a test of the tool shortly. I will then report how well I find it in practice;)