Cut SIM card to Nano: loss of warranty on iPhone and iPad 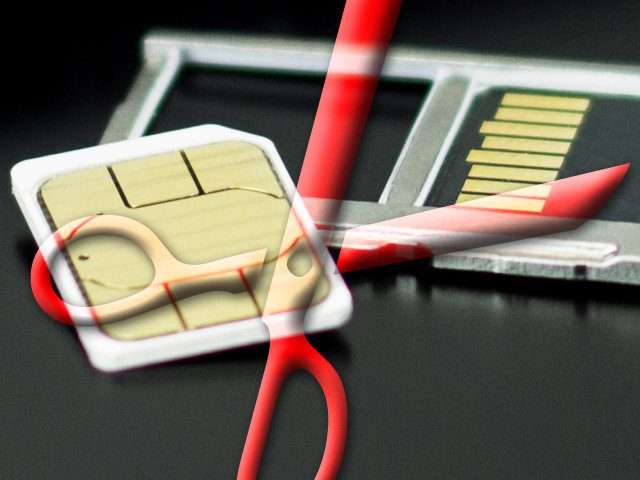 In the iPhone and iPad from Apple, only nano SIM cards are used in the models of recent years. Those who still use a mini-SIM or micro-SIM are often tempted to make modifications themselves with PDF stencils from the network, scissors and knives. Cutting the SIM card to a smaller format can, however, be rated as a hardware change by Apple - this may result in the loss of the guarantee.

Cut the SIM card for iPhone, iPad or other smartphone / tablet? That can cost the guarantee. You can find alternatives in this article!

There are various sources on the Internet that can be used to print out the correct template for cutting a SIM card; mostly as PDF. You can also measure the card and use the scissors for the next smaller size. None of this is recommended - a lot can go wrong. Not only are the mini and micro SIM thicker than the nano card, which is why you would have to sand down a bit, you can also damage the chip and form edges or shavings, which can cause the card to get stuck in the device.

Cropping is therefore not ideal for adapting the SIM card. Neither with a template nor with a ruler. If the old cell phone card is to be used in the new smartphone or tablet, then punching is probably the better alternative. This results in clear edges and the chance of damaging the chip is also minimized. Nano SIM punching you can find here. By the way, article sets that contain not only the punch but also adapters are recommended to make the card downward compatible.

For the new cell phone, smartphone or tablet, you can also order a new SIM card from the provider for the current number, the tariff currently used and your stored data. This is usually possible without a lot of effort, since all the data is already stored and no new contract has to be concluded. The new card is then only an exchange model. Usually you get a combination SIM from which you can take mini, micro and nano SIM. Then cutting and punching are no longer an issue. With some providers, the SIM card can be exchanged cheaply or free of charge.

Loss of warranty on Apple and other devices

Apple only comes with a one-year warranty anyway. If you then “endanger” the hardware with SIMs that you have tailored yourself, these can also be omitted. Because canted cards that have to be removed by tinkering around, or damaged chips that cause chaos in terms of information technology, could lead to damage. So you'd better not use the scissors and make a "hardware modification", as Apple would call it. If it should be the old SIM, then better punching;) Otherwise equip again; if there is an iPhone in it, it will probably have a new SIM card as well.