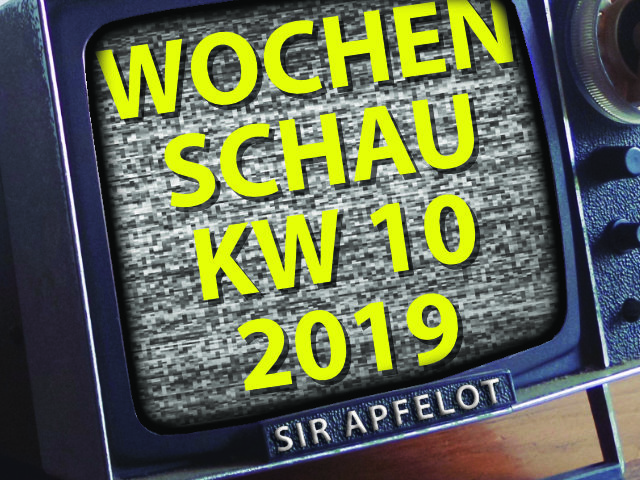 How fast the time flies - it's Friday again: D And that means that as part of a Sir Apfelot newsreel I will once again provide you with the Apple and tech news that I noticed over the week. Among the messages from calendar week 10 in 2019 are: the streaming service Disney Plus, a fake update for WhatsApp with serious consequences, trade between China and the USA, the importance of privacy, a major hardware update in the current MacBook and a lot more. Do you have an interesting message ready, please leave a comment;) 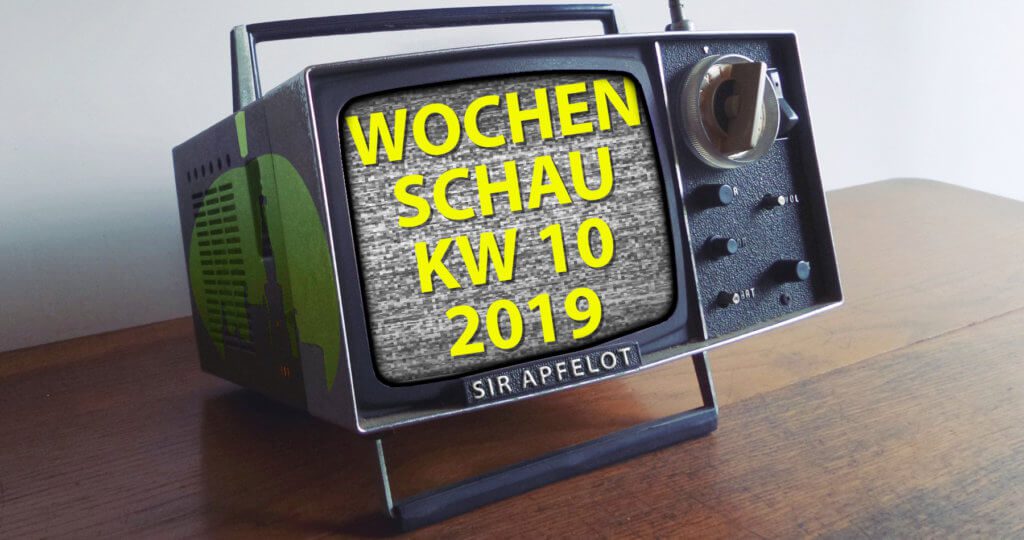 In the Sir Apfelot Wochenschau for week 10 in 2019: Disney Plus, WhatsApp fake update, trade between China and the USA, importance of privacy, flex cables in the current MacBook and much more.

Disney Plus is said to contain all Disney films

The streaming service “Disney Plus”, which will become available this year, should, like 9to5Mac, among others berichtet, containing the entire library of Disney Motion Pictures. Disney CEO Bob Iger announced this at a shareholders' meeting. The entirety of the previous Disney films should be available shortly after the launch of the service. But that will not be the only offer for streaming. Because there should also be exclusive films and series for Disney Plus. So fans of the studio can look forward to a lot of content!

WhatsApp update or Trojans on the prowl?

WhatsApp chain letters are no longer a novelty. The annoying messages that flood out of the messenger from mostly unknown sources are often not dangerous. The situation is different with a current message that warns of a hack of the currently installed WhatsApp version. In the message, which is mostly from a Russian number (+79257191762), it says that an update should be installed immediately - a link is provided in connection with this. Like Inside-Handy shows, but at best you get a banking Trojan that empties your account. WhatsApp updates should only be carried out via the settings of the messenger, the App Store (iOS) or the Play Store (Android).

"Report describes how Tim Cook helps Trump and other officials navigate China trade negotiations", Headlines 9to5Mac at this point. With reference to a Message Politico shows how the CEO of Apple deals with the White House, its staff and, above all, the US President Donald Trump in order to help with trade agreements with China. In addition, it is believed that among all tech titans, Tim Cook is probably the best in his role as a mediator or contact person for the USA and China. It is also emphasized that Cook as CEO of Apple takes effect in person instead of sending employees of the company in front.

Like 9to5Mac again shows, Apple has registered and operates the domain PrivacyIsImportant.com secured. Nothing can be seen on this page yet, but Apple Inc. can be found from the contact information for “Registrant”, “Admin” and “Tech”. The emerging page will undoubtedly deal with the importance of privacy - which exact information, instructions or workshops will be published on it from Cupertino is still unknown. Fun Fact: Interestingly, this is the first time this domain has been registered. In other words, Apple didn't have to buy it from anyone.

Here in the blog it was already once in the Sir Apfelot Wochenschau for week 4, but also in this single postto see the stage light effect on the MacBook display. Breaking flat cables are to blame for this, as well as for other display errors and ultimately the failure of the screen. The problem was also treated in the media under the name "Flexgate". But how now, for example MacRumors regarding iFixit shows, the problem could already be solved in the MacBook models from 2018 onwards. Apple installed 2 mm longer and therefore more flexible cables. It is not known whether this was coincidence or silent troubleshooting.

Google Project Zero is the name of the hacker group of the largest search engine operator, which not only looks for vulnerabilities in Google's own offers, but also in other companies. In macOS, among other things, the experts were looking and finally found what they were looking for. So berichtet t3n that an error in the XNU kernel of macOS leads to the fact that the copy-on-write behavior when mounting a memory image could be exploited to force external access. This bug has now been made public after a 90-day period has been given to Apple to fix it. This is the normal procedure of Project Zero - only in serious cases like Meltdown and Specter the professional hackers have given a 6-month period so far.

Apple also established itself as the leading manufacturer of smartwatches in the quarter of 2018. The reported with reference to Strategy Analytics including the magazine App threats. According to an overview of the specified source, the Apple Watch had a market share of 2018% in 50. Behind it, Fitbit, Samsung, Garmin and “Others” share the rest. In terms of units, this means that the Apple Watch was sold 22,5 million times last year; Fitbit counts 5,5 million units; Samsung 5,3 million; and Garmin 3,2 million. In addition, there was growth of 4% for the entire market in a comparison of Q2017 4 and Q2018 56.

Apple without mining - a path with many hurdles

Precious metals, rare earths and similar raw materials for the production of smartphones, tablets, computers, smartwatches and similar devices are mined. It is not uncommon for mine workers in third world and developing countries to be exploited, have to work disproportionately long and hard or are even sent underground when they are children. That's why Apple's goal is to manufacture the devices without the need for mining in the future. To show all the hurdles on the way to the goal, which was first expressed in 2017, would go beyond the scope of the newsreel. But if you want to read it yourself, I recommend you this detailed report from Gizmodo as well as this summary from 9to5Mac.