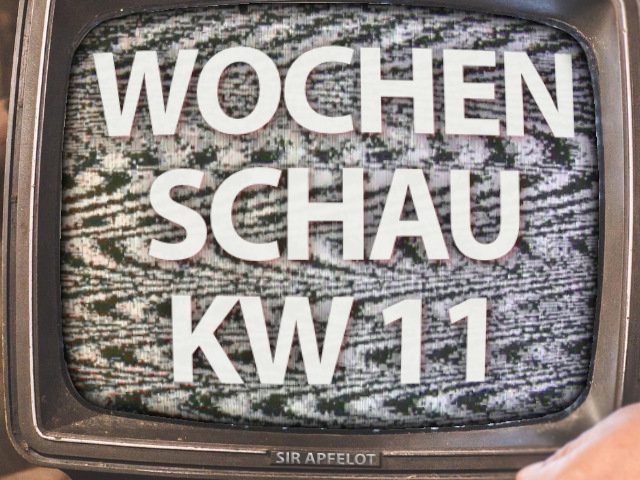 Events are canceled, meetings adjourned and football games are held without spectators - but the Sir Apfelot Wochenschau is there for you as always. You can even read them indoors. Washing your hands is not a must, but you should still do it again and again;) And with that it goes into the Apple and Tech News, which I noticed particularly in calendar week 11 of 2020. This time, the following topics will be included: wireless battery charging with 40 watts, security vulnerability in the Google Authentificator, Intel chips also with security vulnerabilities, developments in Apple events, services and products. And a little more. 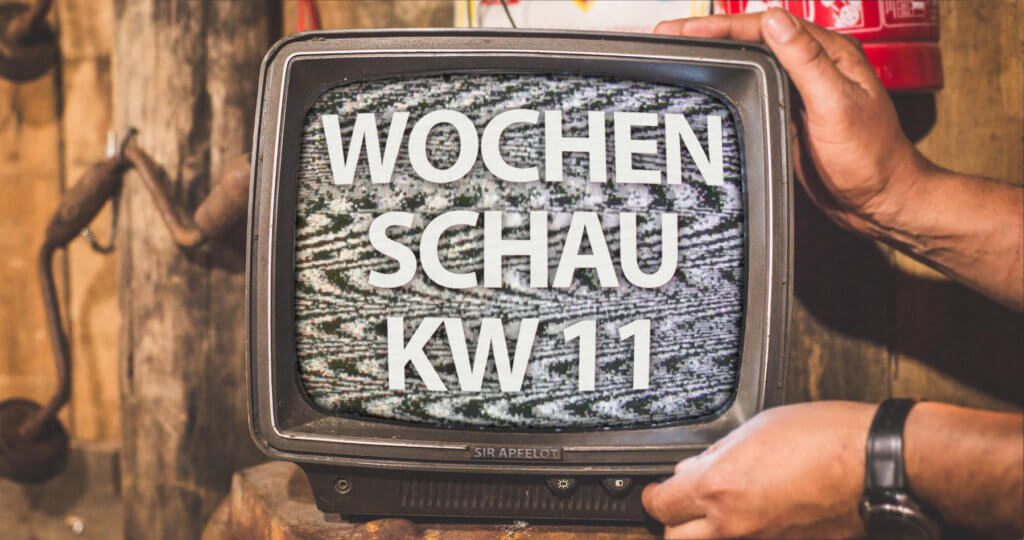 Apple uses the so-called Qi standard for wireless charging of iPhone batteries. Most Qi chargers have an output of 10 watts for iPhone and Co. Up to 15 watts have been possible so far. It is logical that some other manufacturers are therefore working on their own standards to allow their devices to charge faster. For example, Xiaomi already showed the possibility of wireless charging with 10 watts with the Mi 30 Pro. This is what distinguishes all-round PCs at this point again after. In addition, a Twitter from Xiaomi Germany published video referenced, which shows 40 watt wireless charging. The fast charging success is shown in time lapse, which leads to a 4.000% charge after 40 minutes with a 100 mAh battery.

The Google Authentificator is a way of using two-factor authentication (2FA) for various services. What should actually make corresponding user accounts secure, however, has to suffer from a security gap, such as Netzwelt shows. But the whole thing is not new, and the app is not there alone. The Microsoft Authentificator should also be affected by the security gap - interesting here: the warning relates to the Android versions. The Netzwelt test showed that the security gap (screenshots of the apps and thus the authentication codes can be made) also occurs in other Android apps such as Authy or 2FSA Auth.

Meanwhile, t3n ( here) and at WinFuture ( here). A report is made with regard to the vulnerability of the Converged Security and Management Engine (CSME) in the Intel processors. Almost all models from the last five years are said to be affected. The good news, however, is that in most scenarios, direct on-site access would be required to exploit the problem. In addition, according to Intel, attackers may even need special hardware for some of the possible scenarios. So the problem is widespread, but it cannot easily be exploited by criminal subjects. Further information and links to the English sources can be found in the linked posts.

Apple's March event: no longer hoping for a keynote?

I have another one this week Entry from MacRumors. With Reference Cult of Mac states that Apple will postpone its March event, at which the new budget iPhone (iPhone SE 2 or iPhone 9) and the new iPad Pro with triple camera should be presented. The statement is said to come from a source close to Apple. Behind the cancellation or postponement of the event are concerns about bringing many people together in Apple Park. In addition to concerns, regulations from California's Santa Clara County are also available as an explanation - similar to Germany, no events with over 1.000 people should take place there. These are all sensible protective measures against the exponential spread of the coronavirus.

Rumors about the event: March Keynote 2020 from Apple

Use HERE WeGo as a car navigation system thanks to CarPlay

From HERE WeGo version 2.0.53 for iOS devices such as the iPhone, the navigation app can also be used via CarPlay on integrated displays in cars. That has, among other things, the iPhone ticker at this point shown. HERE WeGo is a good navigation app that can be used not only in the car, but also on bicycles and on foot. Some time ago I introduced them to you in this post: HERE WeGo user manual - this is how the navigation app works. The free download of the program for mobile Apple devices can of course be found in App Store.

Here in the blog I've already summarized the latest rumors about Apple's March event, which is not taking place (see link above). The "Apple AirPods X Generation" were also named as an expected apple product. IFun will now berichtetthat a graphic should also have appeared in the iOS 14 beta. A new icon should indicate over-ear headphones. The report refers to a Entry by 9to5Mac. Further content from the previously known iOS 14 code provides app dangers here. Accordingly, the assumptions are condensed to an iPhone 9 with Touch ID, the triple camera of the upcoming iPad Pro is mentioned again, and a new Apple TV box is to come.

New features that watchOS 7 brings to the Apple Watch

While the insight into iOS 14 cannot reveal any major innovations, reports the iPhone ticker a total of eight new features that watchOS 7 should have ready for the Apple Watch. Here is the evaporated list (the explanations of the individual points can be found in the linked source):

Because of Apple's travel ban: iPhone 12 only in October?

Let's come back to the ubiquitous topic of the coronavirus. Because of this, Apple is currently banning Apple engineers from traveling to Asia. This can have a major impact on the development and manufacture of the upcoming iPhone. The new iPhone 12 would be expected in October at the earliest in the event of a persistent threat and persistent travel stops. It is also possible that the entire keynote from Apple, which otherwise takes place in September, will be postponed this year. MacRumors summarizes the details at this point together; with reference to DigiTimes, Bloomberg, Reuters and other sources.

A fully functional Apple 300.000 computer from 1 is said to bring at least 1976 US dollars at auction, berichtet iFun. With these expectations, the corresponding auction house aligns itself with the current ever increasing prices for Apple products and other Apple-related objects from the past. In addition to the Apple 1, a total of 26 pieces from Jerry Manock's collection are to come under the hammer at the special auction. Jerry Manock was responsible for the design of the products in Apple's early years. All auction items - including a PowerBook 190cs signed by Steve Jobs, old Apple T-shirts and "Think Different" items - can be found in the official overview by RR Auction.