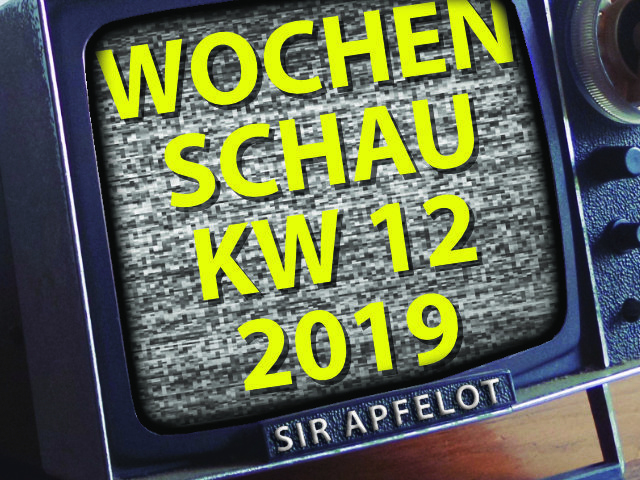 It's the Friday before the eagerly anticipated “It's show time” keynote at the Steve Jobs Theater in Apple Park in Cupertino. And to this day, numerous reports about Apple have been collected. In addition to a few other topics such as Atari, Gearbest, Wikipedia and 5G mobile communications, this Sir Apfelot newsreel for calendar week 12 in 2019 is primarily about the technology giant with the bitten apple. Do you have any interesting news from this week? Then leave it with a (reputable) source as a comment;) 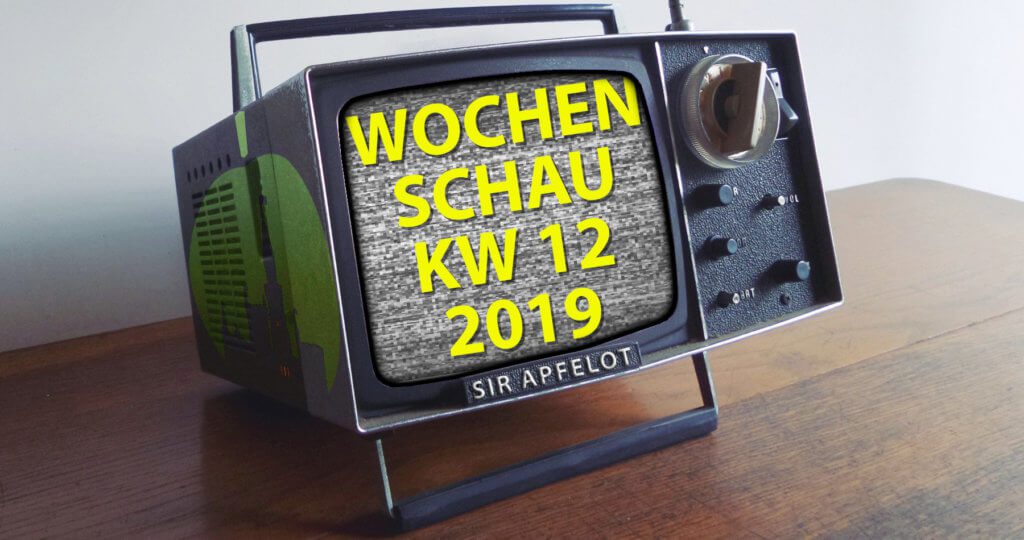 Topics of the Sir Apfelot newsreel this week are: Atari, Gearbest, Wikipedia, 5G frequencies and their value, Apple innovations, the keynote on Monday and much more.

For a long time it was quiet about the Atari VCS, the new, promising Atari console, which as an open system is supposed to be able to play old and new games, online services, streaming and more. So that all of this works under the hood of the retro case, a hardware upgrade has now been announced, which among other things means that the console for the television will not officially be launched on the market until the end of 2019. All information about the new chip and the Atari VCS timetable is available in this press release.

Gearbest plugs data leak that could have released customer data

While Facebook is currently experiencing massive criticism again because users' login data were saved as pure text in correspondingly open files, Gearbest has fixed a similar problem. The online retailer from China wanted to make external servers with customer order data more accessible for their own use. By mistake, however, access from the outside was also made possible. The data leak has now been plugged. Details and statements from Gearbest translated into German is there at this point.

Yesterday, Wikipedia was not available in Germany for 24 hours. If you called up the DE version of the online encyclopedia, you were made aware of the protest against the EU's copyright reform. The reform also partially affects Wikipedia. When calling up individual entries, not just the start page, you were also redirected to the information page. So you had to switch to English or other languages ​​if you wanted to use Wikipedia - a sign of what could happen if the currently targeted reform is passed in the next few days without further adjustments. Wikipedia has more information summarized here.

5G gets rolling: mobile radio frequencies are being auctioned

The network operators of various countries are currently bidding on several frequency blocks for 5G mobile communications; among others in Germany and Austria. In this country, Telekom, Vodafone, Telefónica (O2) and also Drillisch Netz AG with 1 & 1 and United Internet respectively threw millions into the room. According to the Federal Network Agency the sum is currently 581.860.000 euros. Like Inside-Handy shows, the representatives of the newcomers around Drillisch weren't just there from day one - they want the frequencies! For several blocks, more than 20 million euros were offered directly, where the established network operators initially felt with single-digit million amounts.

The rumored “It's show time” keynote from Apple will take place next Monday. Interested parties can of course watch live via online stream again. No hardware news is expected after the current week (see below). Rather, experts, media and fan circles are looking forward to the new service offerings from Apple - namely the magazine subscription service and the streaming service of the technology giant from Cupertino. For the time being, the latter should mainly shine with third-party content before the in-house productions are added in the fall.

"Early 2019" can now be added to numerous Apple products to name their current models. Because this week Apple did a lot of work. At the hardware festival, many also expected the new iPod Touch, which had been "leaked" through product registrations. Maybe this will also be presented as a terminal for the services on Monday;) What came out this week were the following things:

10,5 inch iPad Pro is crushed with it

With the release of the new iPad Air 2019 with 10,5 inch display, Apple stopped selling the second generation iPad Pro with 10,5 inch display. It's a quick change, as the tablet didn't hit the market until mid-2017. Anyone who decides on an iPad should - as always - do good research beforehand and use data sheets to identify the individual differences between the iPads, some of which are the same size and look. More information about the stop on sales of the Pro model are available from MacRumors.

Apple for media education and media literacy on the go

Steve Jobs split back in 1981 in this interview his vision of “computer literacy”, ie extensive knowledge and skills in dealing with computers and the world. In his ideal image of the future, all people or at least all users of computers could use their strengths and resources for their creativity, for their work and more. Today we have Facebook, Netflix, YouTube, 9GAG and thousands that are on Phishing e-mails Fall in ... That's why Apple is now taking another step on the cobbled path and wants to promote more media literacy among users. The program is primarily designed for students. All information about it can be found in this press release.

New rumors about the AirPower launch

Finally, one more topic that goes with the new Apple AirPods 2 with wirelessly rechargeable charging case. Because Apple has now been able to settle the legal dispute over the “AirPower” trade mark in an agreement. This is what MacRumors reports here with reference to official sources. The imminent launch of appropriate charging systems is cited as a possible reason for the sudden agreement. The AirPower mat, on which the iPhone, AirPods charging case and Apple Watch simply have to be placed in order to charge their batteries, has been expected since 2017. The brand name was actually owned by a company called Advanced Access Technologies.