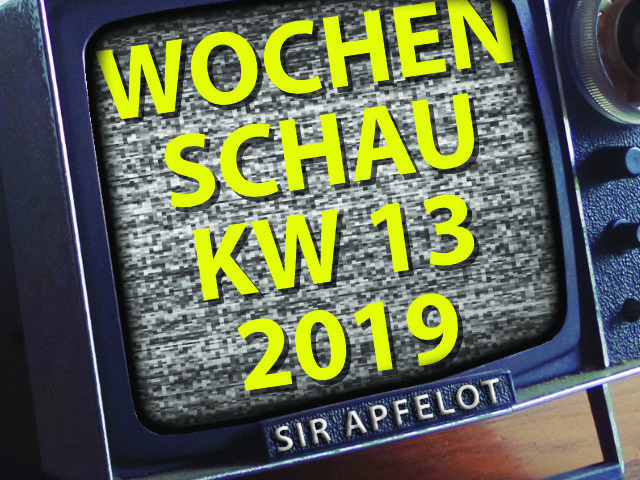 The last Friday in March as well as winter time this year goes on. An extensive Sir Apfelot newsreel should of course not be missing. Today I present you Apple and tech news that caught my eye in calendar week 13 of 2019. This includes: Skype telephony via Echo devices, indications of life on Mars, Apple's new services, the Apple Card in Germany, the Apple Watch's EKG app, non-conforming activities in the App Store in Cupertino and so on . If you still have a message on the heap, please leave it with a comment and a (reputable) source;) 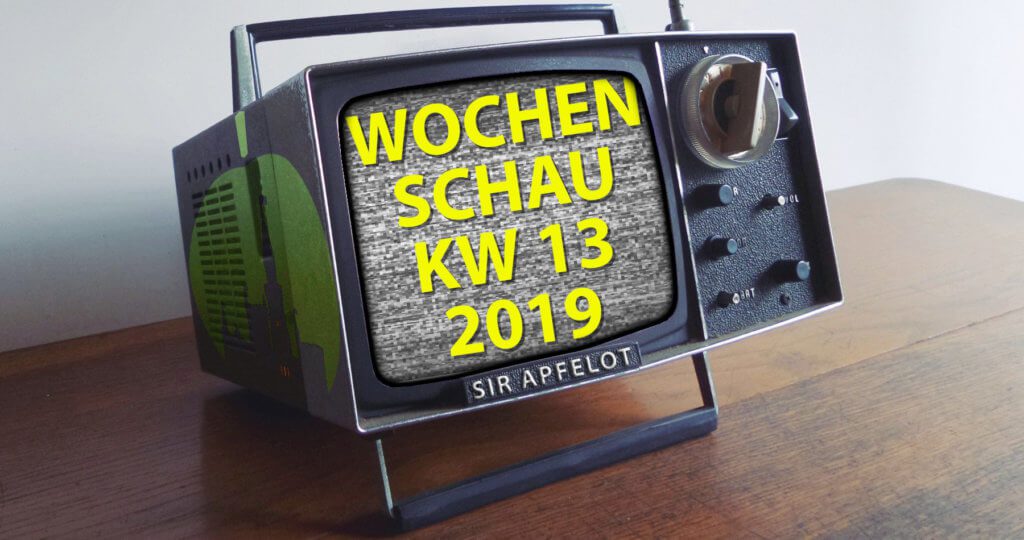 Topics of the Sir Apfelot Wochenschau for calendar week 13 in 2019 include: Skype telephony via Echo devices, evidence of life on Mars, Apple's new services, the Apple Card in Germany, the Apple Watch's EKG app, and the app store -non-compliant activities in Cupertino and much more.

Like iFun berichtet, Skype calls and video calls can now also be made using compatible Echo devices from Amazon. To do this, the Skype account must first be connected to Alexa. Then it is sufficient to say “Alexa, call (name) on Skype” to establish a corresponding conversation. In addition to the availability in Germany, Mexico, Spain and Italy have also been added to the previous countries. If you receive a call from there or from other Skype sources, you can use the Amazon Echo device to lift the virtual receiver via “Alexa, take the call”.

Exciting evidence of life on Mars

Let's go away from the technology on Earth for a moment and see what NASA's exploration devices have discovered on Mars. Like GreWi at this point executes, there are exciting indications of currently active life on Mars. Primarily, it could be lichens and mushrooms of various types. What the images of the Mars rovers "Curiosity" and "Opportunity" could show, according to a paper by several astrobiologists, are not only spores and mold, but also mushrooms. In addition, if the equipment is soiled, it may be bio-corrosion. Sometimes nothing has been proven; but the evidence is quite convincing.

After some hardware was brought onto the market from Cupertino last week, new services from Apple could be seen on Monday as part of the “It's show time” keynote in the Steve Jobs Theater. The four big topics of the evening (or morning according to the local time of the event) were Apple News +, Apple Card, Apple Arcade and Apple TV +. I have briefly summarized all the important information about the individual offers in one post:

Will the Apple Card also come to Germany?

After the presentation of the Apple services listed above and their initial markets, there are of course rumors of expansion again. For example the Apple Card, the Apple credit card launched with Goldman Sachs and MasterCard, “could” - loud heise - "also come to Germany". The presumption that gives the title is initially based only on a statement by Richard Gnodde, head of the international operations of Goldman Sachs. He probably said the following on Tuesday during a CNBC interview: "In time we will definitely think about international opportunities“- So it remains to be seen whether and when the Apple Card will come to Germany.

With the update to watchOS 5.2 on the Apple Watch Series 4, the ECG function in the corresponding app is also coming to Germany. In total, users in 23 countries can now benefit from the electrocardiogram feature. I have summarized details about this and about compatibility with the previous watch models here: watchOS 5.2 - ECG function of the Apple Watch now also in Germany.

Apple breaks its own rules to promote apps

Push notifications to promote apps and other rule violations; these are allegations that Apple has to put up with right now. Among other things, the new Apple News + service is currently being proposed to some users via smartphone notification. Within a few months, this is the fourth violation of its own app store rules, among other things G regarding The Verge known. The missing subscription price and other missing information (e.g. about the end of the test phase) are also criticized. Action defenders say Apple can do whatever they want "in-house". A controversial topic on which one can have an opinion, but does not have to ...

And if we go further into the topic, then we come from the push message to the Apple News + login screen. This is supported by, among others 9to5Mac with reference to a Tweet criticized by Dave DeLong (former Apple developer). In addition to unclear payment information, the lack of links to the data protection declaration and the support page is criticized. Here, too, one can say that the people who look at the login screen are already holding an Apple device in their hands and should therefore already have enough information about the company. And that third-party providers are of course more obliged to emphasize their seriousness than the provider of the platform. However, the latter can (and perhaps should) set a good example.

Not so much the looks, but the features and navigation of the free iWork apps Pages, Numbers and Keynote has been screwing Apple lately. As the iPhone ticker details performs, there are now some innovations for all three Office alternatives. This improves navigation, makes presentations easier and uses iCloud more effectively. Because, for example, shapes and topics or layouts can be left out Pages and Keynote now sync to the Apple Cloud for use on another Mac or PC. You can see a full feature list when you refresh the apps on your Mac. You can find the updates in the App Store.