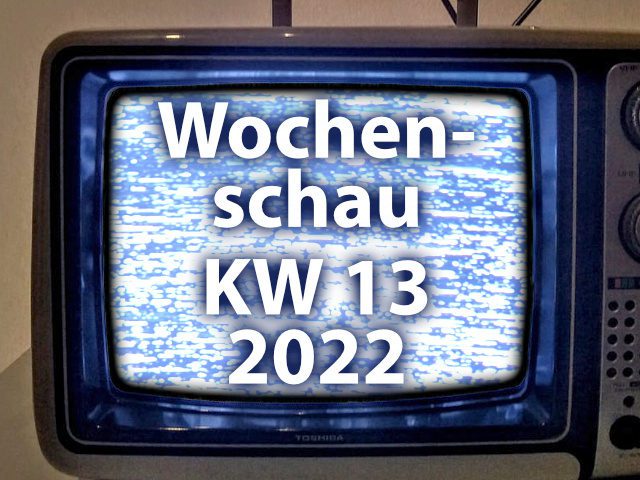 Unfortunately, this week's edition of the Sir Apfelot newsreel falls on April 1st, which is why I want to mention right at the beginning that the following is not a message that is meant to be funny and is deliberately peppered with incorrect information. As always, I just want to show you which Apple and tech news I've noticed the most in the past few days. This time it's these reports from calendar week 13 of 2022: electric trucks and autonomous driving, Dyson Zone as a cyberpunk fashion statement(?), "Zoned Storage" standard from Samsung and Western Digital, Apple's production chain report, sobering wallpapers from apple tv+, and more.

In the Sir Apfelot newsreel for calendar week 13 in 2022 you will find the following news: electric trucks and autonomous driving, Dyson Zone as a potential April Fool's joke, zoned storage as an SSD standard, insider report on Apple tv+ backgrounds, important update for iPhone, iPad and Mac, as well as other news.

Here I am bundling two articles that caught my eye at heise online this week. The first revolves around a study that suggests that electric trucks could be more financially viable than diesel models by 2025. Nevertheless, a statement from the study is quoted: "Only 16 percent of the truck customers surveyed by BCG plan to buy an electric truck in the next ten years“. There are more statements from the study with this link. The second article is about the ATLAS-L4 funding project, which also sees an important development from 2025: autonomous trucks. MAN is said to have recruited several partners for this – here the details.

As already mentioned, there should be no April Fools' jokes at this point. However, Dyson published its concept for a combination of over-ear headphones and air filter a few days ago. "Dyson Zone" is the name of the whole thing and the air filters integrated into the headphones and a (clean) airflow to the mouth and nose ensure healthier breathing in a polluted environment. the Product presentation in the newsroom is very time-consuming, but this still does not mean that the product will actually be launched on the market. Some tech blogs and magazines are going all out, including iFun expresses doubts. What do you think? Please leave a comment!

Open standards for zoned storage are to be defined

Back to heise online again, because I have another one there this week Post found on the collaboration between Samsung and Western Digital. In further cooperation with the Storage Networking Industry Association and the Linux Foundation, among other things, they want to create open and scalable standards for better SSD storage as part of the "Technical Work Group Zoned Storage". The linked source contains many technical terms that I don't even know half of. But I understand this sentence: "The main advantages of a ZNS-SSD are better utilization of the flash memory, greater endurance and constant write performance over a long period of time."

Every year, Apple publishes a report on the supply chain and the companies in it. Compliance with the conditions created is checked, e.g. B. for certain labor standards. As various sites are now reporting, there are more violations again. After Apple was able to enjoy fewer and fewer violations over the past four years, an additional case in the area of ​​"core violations" is now causing an increase. For example iFun has a corresponding one Articles to that, but also MacRumors berichtet. You can read Apple's report as a PDF for yourself with this link. In it you will find a number of other figures and details on the supply chain and its development.

"Why now?“, asks the iPhone ticker in the headline of a current one Article. It is about Apple's decision to no longer offer a service in the form of repairs or the like for lost or stolen iPhones. "This emerges from new instructions that Apple issued in an internal employee memo among its in-house service personnel' the linked source says. It refers to one Entry from MacRumors, which appears to have the memo. The announcement states that Apple Stores and Authorized Service Providers will now be notified if a submitted iPhone is reported missing in the GSMA Device Registry.

After Mastercard and Visa: Apple Pay disappears from Russia

The fact that private companies are independently enforcing sanctions against users in Russia as a result of Russia's attack on Ukraine is nothing new. After Mastercard and Visa can no longer be used via Apple Pay in Russia, Apple is now also excluding the Russian payment system Mir. Then heise online goes into one Entry a. "Apple has closed a loophole for Apple Pay in Russia: Since March 24, payment cards from the national payment system Mir can no longer be set up for Apple Pay on the iPhone"It says, among other things. It is also noted that Mir can no longer be used in Google Pay - apparently not due to active involvement, but due to malfunctions.

Apple tv+ between winning an Oscar and doing the wrong thing

The streaming service “Apple tv+” from the iPhone manufacturer Cupertino this week provided reports that could not be more different. Because on the one hand, the film CODA is the first film on a streaming service to have a Won Oscar for Best Picture. And on the other side shows Business Insider details what's going wrong behind the bid. The team is therefore understaffed and overwhelmed with the marketing tasks. The cooperation with the producers in Hollywood is chaotic, bills are not paid forever, press releases are not released in time and there is not enough legal knowledge. Details can be found at iFun (German) and MacRumors (English).

In addition to battery and function problems that came to Apple's mobile devices with the 15.4 update, the updates released yesterday are also intended to close security gaps. It is therefore recommended (if compatible devices are available) to install iOS 15.4.1 on the iPhone, iPadOS 15.4.1 on the iPad and macOS 12.3.1 on the Mac. In all three cases, a security gap is to be closed, through which attackers could gain access to kernel data or corresponding rights of use. As it is, among other things, in a Entry by t3n, the vulnerability may already have been actively exploited. Here are the official sources: