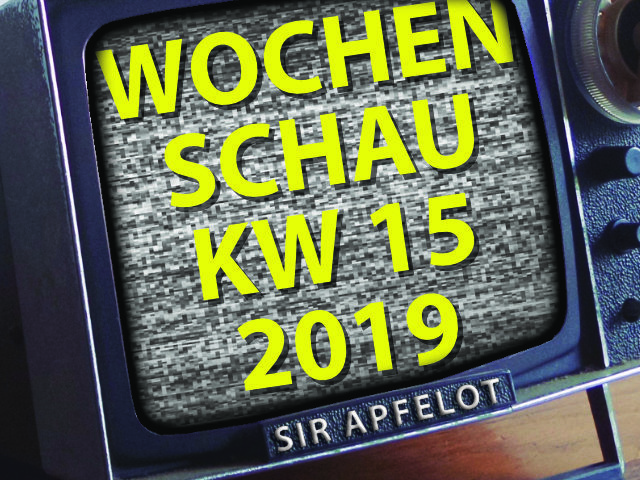 It's Friday and the weekend is just around the corner. That means it's time again for a new Sir Apfelot newsreel. Among the Apple and tech news of calendar week 15 in 2019 that caught my eye, there is less Apple news this time. But there is a colorful bouquet of other topics: navigation systems, Netflix, Disney, WikiLeaks, astronomy, mobile communications, Darknet and Nintendo are available today! If you also have an interesting message from the past week in stock, please leave it as a comment with a (serious) source;) 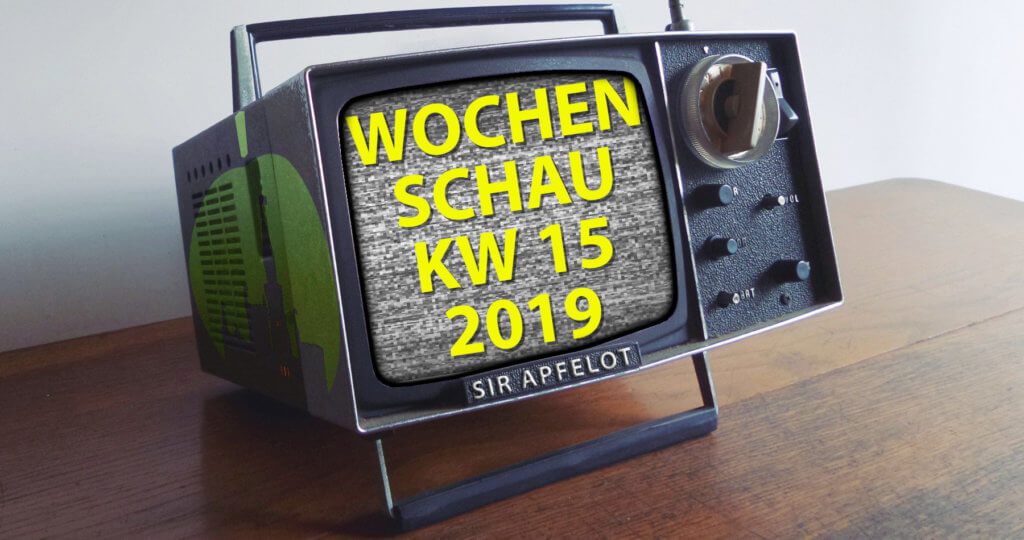 In the Sir Apfelot newsreel for calendar week 15 in 2019 there is no Apple news this time; but reports on navigation systems, Netflix, Disney, WikiLeaks, astronomy, cellular communications, Darknet and Nintendo.

Old navigation devices could give up the ghost at the weekend!

At the weekend, a so-called “Week Roll Over” takes place in the GPS system, a kind of time change. Most recently, the system for specifying the week in GPS positioning was renewed in 1999. Since the corresponding week variable is only 10 bits long, a new assignment is necessary after 1024 weeks - this is explained by Spiegel Online, among others at this point. This could damage navigation devices that came onto the market before 2010.

Garmin and Navigon should not be affected. TomTom users should install the latest firmware to avoid damage. Anyone who has an R-Link, R-Link Evolution or Carminat Tomtom system in Renault cars should also install an update. Factory-installed systems in cars from Audi, Citroën, Dacia, Ford, Peugeot, Mazda, Mitsubishi and VW are not affected.

By the way: The system for specifying the week in GPS locations will be raised to a 13-bit level with the upcoming Week Roll Over. For example, "[...] devices that support this new format will not have the next Week Roll Over for 8192 weeks [...] that will be in almost 160 years," says Spiegel Online.

In both Germany and Austria, Netflix is ​​increasing subscription prices for two of its three subscription models. The one-device tariff with SD content (standard definition) remains at € 7,99 per month. However, the two-device tariff with HD content (high definition) will be increased from € 10,99 to € 11,99. The Ultra HD subscription for streaming on up to four devices at the same time will cost € 15,99 instead of € 13,99. According to Anime2You Netflix justifies the price increase with its own productions, in which a lot of money is invested. And important for all Apple users: Netflix no longer supports AirPlay.

Disney + is slated to launch in November 2019

Let's stay briefly with the streaming of series and films. In addition to the giant Netflix, there are currently some competitive offers that are noteworthy. In addition to Apple's own service Apple TV + Disney + with content from Aladdin to Star Wars should come to fans' living rooms this year as well. At least in the USA, the Disney streaming service is scheduled to start on November 12, 2019 and stream a wide variety of content from cartoons to animation to Star Wars to users from as little as 6,99 US dollars a month. Incidentally, it is cheaper with an annual subscription for 70 US dollars, like Golem shows.

WikiLeaks has less to do with entertainment and more with education. The whistleblower and whistleblower platform hit the headlines not least because of the publication of military video recordings and emails from US presidential candidates. The Australian founder Julian Assange was also often illuminated by the media. Since 2012 he has been in exile in the Embassy of Ecuador in London. However, his right of asylum was terminated yesterday because he - like t3n with reference to official information berichtet - have broken the rules. According to their statements, the embassy “invited” the police. The arrest of Assange took place directly at the embassy. Anyone wondering how Assange lived in the embassy will find it at world Reply.

Photo of the black hole - an orange circle

With a total of eight radio telescopes on four continents of the earth, innumerable photos were taken of a place in the universe: of the galaxy Messier 87 (M87), or rather its center. Together, the eight telescopes created the “Event Horizon Telescope” (EHT), which took the images as early as 2017, which now go around the world as a blurry, orange circle. You can find a comprehensive report from back then at National Geographic. There is a report on the evaluated images and the head of the evaluation, Katie Bouman at Spiegel Online. Interesting: The photos of the individual telescopes were not transmitted via the Internet. The amount of data was too big for that. Hard disk stacks with 500 or more terabytes per telescope were therefore sent to the appropriate institutes for evaluation.

More than 5 billion euros on the table at 5G auction

Already in the middle of the week reported among other things the Handelsblattthat the auction of 5G frequencies for the next generation of mobile communications in Germany put over 5 billion euros on the table. The bidders are Deutsche Telekom, Vodafone, Telefónica (o2) and United Internet (1 & 1). The mark was cracked in round 167 of the auction. There will only be an end to the financial race for mobile communications when none of the parties involved submit a bid. As the Handelsblatt notes, the current 5 billion euros are not in the least bit like the madness of 2000. Since the UMTS frequencies were distributed - for 50,8 billion euros in the end.

Darknet, VPN and Tor - soon to be banned in Germany?

Asks this question including CHIP and thus indicates a current draft law. The so-called “Darknet Act” would therefore be before the Bundestag and should bring the interaction with Darknet markets through as a new criminal offense. However, “vague formulations” by the New Land explorers should make it possible for the law to also prohibit VPNs and the Tor network, including browsers.

CHIP itself points out that “enabling and promoting criminal offenses” in the Darknet could only be applied to Tor or VPN services by means of bean counting. But it would be possible. You can also ask yourself whether you need the law at all. Because illegal activities such as the trade in weapons or drugs are illegal anyway, whether on the Darknet or on the street ... So, cui bono?

Updates for the Nintendo Switch and its controllers

Not only are reports about a new Nintendo Switch Controller from PDP going around the world, which particularly highlight its jack connection for headphones ( ). There are also numerous rumors about the Nintendo Switch 2, which is expected in 2019. With reference to several sources, the ComputerBILD lists among others formulated unnecessarily a couple of points: two new models could appear - a technically upgraded and a handheld version, which is to replace the Nintendo 2DS; the technically updated one should then also produce 4K images, offer 8 GB of RAM and an internal memory of 128 GB.