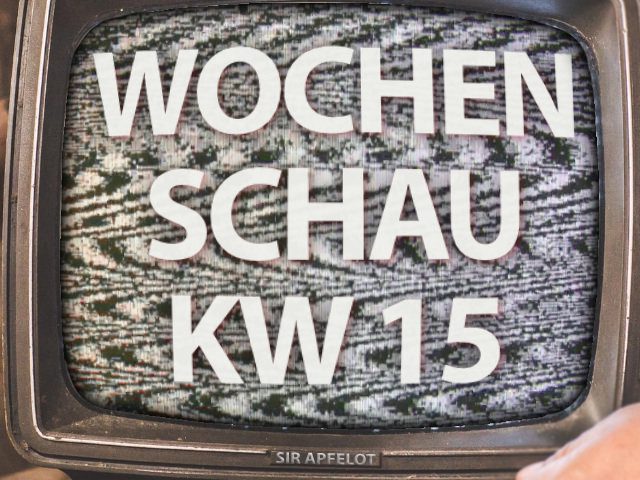 For everyone, where the days go by indistinguishably: today is Friday;) And so it is time again for a Sir Apfelot newsreel. This time I'll show you which Apple and tech news caught my eye in calendar week 15 of 2020. There is a lot of app news today, but also the inevitable topic of coronavirus. There are also reports on Disney +, the iPhone 12, a MacBook Pro that may be coming soon, the Sony PlayStation 5 and more. At this point we also wish you a Happy Easter! ???? 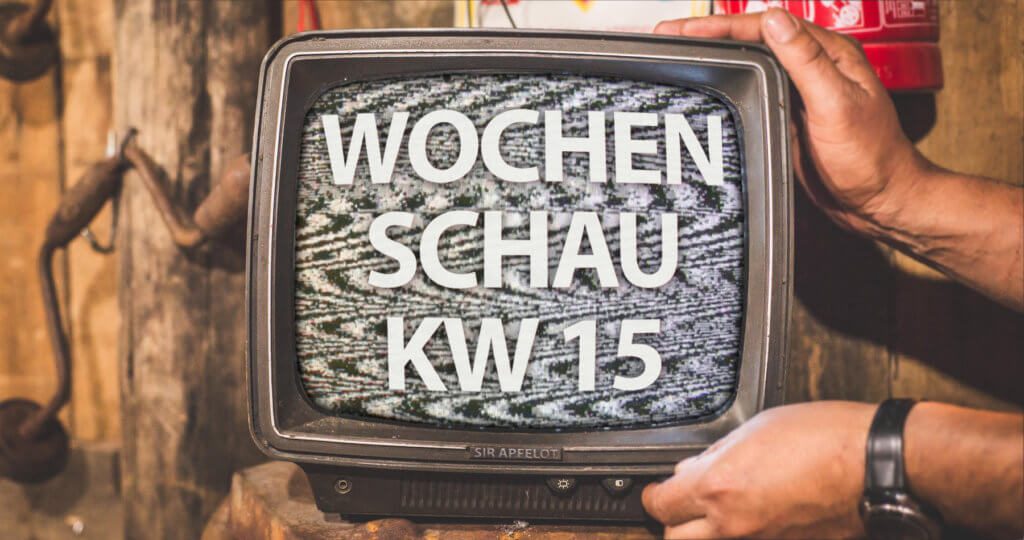 When Disney + started in the USA, users complained that the time-honored cartoon series "The Simpsons" was only available in 16: 9 format. The streaming service had cut the old episodes (19 1/2 seasons) at the top and bottom so that they fit into the 16: 9 format. As a result, however, image content is often lost and thus destroys the visual gags from which the series benefits. A scene in the “Duff” brewery is often cited as an example. In the 16: 9 format you don't see what provokes a laugh in the 4: 3 format: both the regular Duff beer and its Lite and Dry variants all come from the same pipe. You can find more backgrounds and a screenshot of the scene described here at Tech.de.

After Disney + recently too started in Europe the streaming service was of course massively popular. Like MacRumors, among others berichtet, it now has over 50 million users who watch Disney, Pixar, Marvel, Star Wars and National Geographic productions in addition to the Fox Simpsons. From cartoons and animation classics to real films and series to Pirates of the Caribbean, everything and much more is included. The fact that many people are in corona isolation certainly plays a role in the success of Disney +; but the offer is not bad for a price of 6,99 € a month;)

Especially if you have children who are actually only allowed to watch films and series from their Netflix kids account, but still switch to your profile, the new Netflix update is for you. With this comes the possibility to protect profiles individually with PIN codes. This is how you keep the little children's eyes and ears away from true crime, horror and other adult content. So instead of just protecting the Netflix account from unwanted access, you can now specify who is allowed to access this or that individual profile. I stumbled upon the information at this point with app threats.

Watching Netflix together despite isolation: The "Netflix Party" plug-in makes it possible!

WhatsApp with new functions for group chats and individual messages

Meanwhile berichtet Netzwelt via new functions in Facebook's WhatsApp Messenger. Some are therefore still in development, others will already be rolled out with upcoming updates. One of the new functions is supposed to offer protection against spam and fake news. Another update is supposed to bring the self-destruct mode for messages. This means that individual texts can only be read for a certain period of time. Starting video or voice chats should also be simplified in group chats - this is not useless with the current contact block. Furthermore, an extended search function has already appeared in the current beta, it is said, with which you can z. B. can find files faster.

One or the other certainly knows and uses the “Clips” app from Apple on the iPhone or iPad. The software can be used to record videos, add effects, lettering, stickers and other content. The videos recorded in a ratio of 1: 1 can then be shared with others or uploaded to social media platforms. With the current update of the app for iOS and iPadOS, new content and functions are added, such as MacRumors (here ) and app dangers (here ) to report. The use of a trackpad and mouse is now supported on the iPad. Speaking of mice: in addition to new 80s effects in arcade style, there are now new stickers by Mickey and Mini Mouse.

Update for arts and culture: Google Arts and Culture now in version 7.5.29

For all culture lovers and those who want to become one, there is also a good one Message with app threats. There is a report on version 7.5.29 of the “Google Arts and Culture” app, in which you can take virtual tours of museums, among other things. Especially in times of the Corona crisis you can use this app (along with many other sources, of course) to educate yourself about art and culture. The download is free on both iOS and Android. Discover works of art, set up in the room via AR, convert photos into a certain art style and more is possible. The app as well as the website artsandculture.google.com are definitely worth a look;)

Let's move from all the software news to hardware. Because like MacRumors shows, there seems to be a design leak for the new iPhone 12 and its Pro and Pro Max versions. In addition to the three cameras on the back, the now square-looking camera hump (including the LED flash) is now to be equipped with a fifth functionality - a LiDAR scanner. This is intended to improve the 3D perception of the environment and thus promote augmented reality applications, for example. In addition, a smaller notch is assumed and thus the display is expanded, on which widgets are expected from iOS 14 in addition to the app symbols.

There is another rumor about new Apple hardware in another Entry by MacRumors. There will be a Tweet Covered by Jon Prosser who wants to know about a MacBook Pro release in May. This is supposed to be an update of the current 13-inch model, but there could be a display update to 14 inches (narrower or no bezels). Certainly the new little MacBook Pro would also have the Scissor keyboard, which should cause fewer problems than the butterfly keyboard. Well, let's see what Apple releases in May.

The news about the new “DualSense” controller for the PlayStation 5 from Sony was washed in from several sides. Both with Chip (here ) as well as MMO Box (here ) or Netzwelt (here ) was read about it. Because Sony has presented the DualSense Controller as the successor to the DualShock 4 and thus revealed another piece of the puzzle for the new console. The controller looks, viewed soberly, like a cross between the previous DualShock (black lower part with sticks) and an Xbox controller (white part). In any case, something new;) You will of course also get all information and further pictures on the official PlayStation blog.

This is what the Sony PlayStation 5 DualSense controller looks like. Source: PlayStation Blog