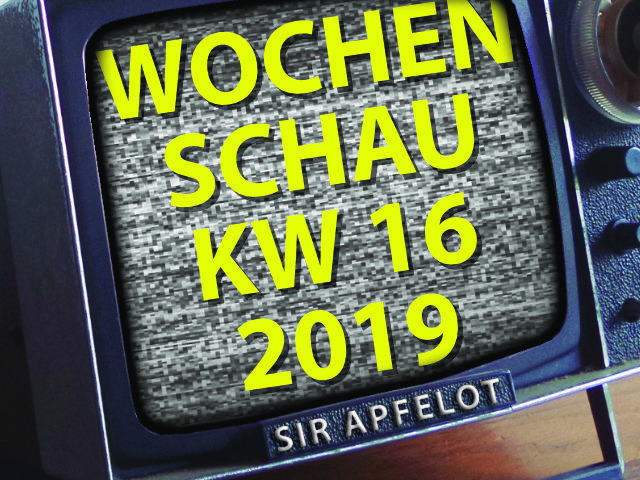 Happy Good Friday everyone! ???? You won't find any Easter eggs here, but the current Sir Apfelot newsreel. In the Apple and tech news, which caught my eye in calendar week 16 of 2019, there are, among other things, the following topics: Amazon Music for free, details about the Sony PlayStation 5, Samsung Galaxy Fold, Notre Dame, MacBook Air, iPhone 11 and more. Do you have any additions or do you want to give your opinion on one of the reports? Then please leave a comment under this post;) 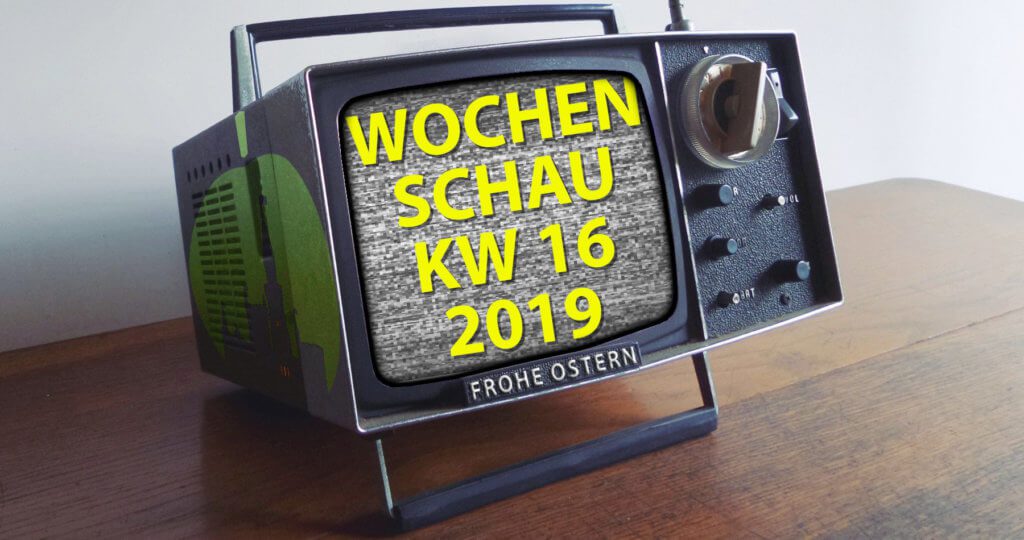 Celebrate Easter, read the Sir Apfelot newsreel, play Assassin's Creed for free and much more - you can get news from calendar week 16 in 2019 here;)

Spotify has shown the way, Amazon apparently wants to follow suit: music streaming that is free for users, but is interrupted by advertising between the songs. The speculation about such a service, which could serve as a gateway to Prime Music or Music Unlimited, is made by Billboard at this point on. The presentation of the service could be imminent, according to the report, which cites company-related sources. It is oracle that “Amazon Music Free” should primarily interact with echo speakers and with Alexa. “Alexa, play free music” could be the command to call up the limited and advertising-supported streaming.

The Sony PlayStation 4 was launched in 2013, and its Pro version followed three years later. It's been three years now and the video game market is still growing. The games are becoming more and more sophisticated, impressive and extensive, so that new hardware is not speculation, but a firm assumption - Sony recently underpinned this with the first details of the PlayStation 5, which is to appear in 2020. With reference to a wired interview berichtet z. B. Inside Handy that the game box should support an 8K resolution as well as 3D audio thanks to an AMD graphics card from the Radeon Navi series. Loading times should be shortened by super-fast SSDs. CHIP provides further details in German here .

In addition to the three “Galaxy S10” models, the technology manufacturer Samsung from South Korea also presented the “Samsung Galaxy Fold” a few weeks ago; an Android smartphone with a foldable display. After reports of upcoming folding models from Huawei, Xiaomi and maybe also Apple, it seemed as if Samsung could now gain a head start - but this was followed by a dangerous stumble in the last few days. Like Macerkopf, among others sets out, numerous reviews, tweets and other user reports show that the display can give up after a day or two. The left half of the display in particular seems to be affected.

Apple wants to help finance the reconstruction of Notre Dame

On Monday evening, the Notre-Dame de Paris cathedral burned in Paris, which is usually just called "Notre Dame" for short. The roof of the ship burned down, the striking crossing tower collapsed and the fire lasted until Tuesday morning. In addition, according to Wikipedia, the main nave vault pierced in two places. According to French President Emmanuel Macron, the reconstruction of the building, which has been a World Heritage Site since 1991, should be completed within five years. Like MacRumors, for example, with reference to a Tim Cook tweet reports, Apple wants to donate for the reconstruction. CNN Business lists other companies that want to donate at this point.

CNN Business lists various companies and billionaires or families of entrepreneurs who want to contribute financially to the reconstruction and restoration of Notre Dame. in the company blog Ubisoft also shows that the game developer can also expect 500.000 euros. The reason: the distinctive sacred building from Paris is prominently featured in the 2014 game "Assassin's Creed Unity". The game can also be downloaded for free on the PC until April 25, 2019 at 9:00 a.m. As another source WinFuture can still be used here. There it says that Ubisoft offered the French authorities 3D data from game development for the construction of the church.

The 2018 Apple MacBook Air is often compared to the MacBook Pro of the same year. It is therefore also considered the “slimmed-down version” of the professional laptop from Cupertino. You can be particularly picky about the display. Because although you also get a 2.560 x 1.600 pixel retina screen, it is not as bright as the Apple MacBook Pro; In addition, the color space is somewhat reduced. The brightness was initially specified as 300 candela / m² or 300 nits (with the Pro with 500 nits). However, after the current update to macOS 10.14.4, Apple specifies a brightness of 400 candela / m² or nits. The reports among other things app dangers.

The WWDC 2019 in June is getting closer and thus the gaze of the trade press is increasingly turning to the September keynote from Apple as well as on the iPhone. There are currently a number of rumors circulating about the models 11, SE 2 (or XE) and 8 in the 2020 version, which could also be the SE 2. Here I have summarized a short, current status for you: