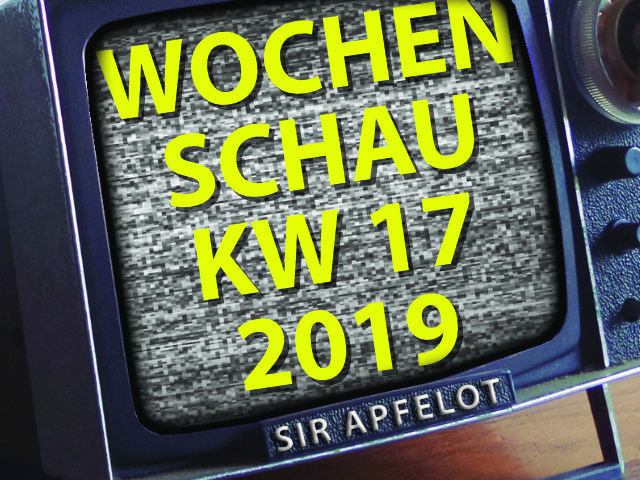 Easter is over and slowly but surely a feeling of summer is taking hold with the warm temperatures. If you still look at your iPhone, iPad or Mac display to get your weekly dose of Apple and tech news here, then welcome! Walk in to the Sir Apfelot Wochenschau, in which I show you the news and reports that caught my eye in calendar week 17 of 2019. This time around: Amazon Alexa, Microsoft as a billionaire company, USB OTG on the iPad Pro, YouTube on Fire, Apple Pay, iOS 13, Samsung's folding flop and a lot more - at the end there is another game app tip ;) 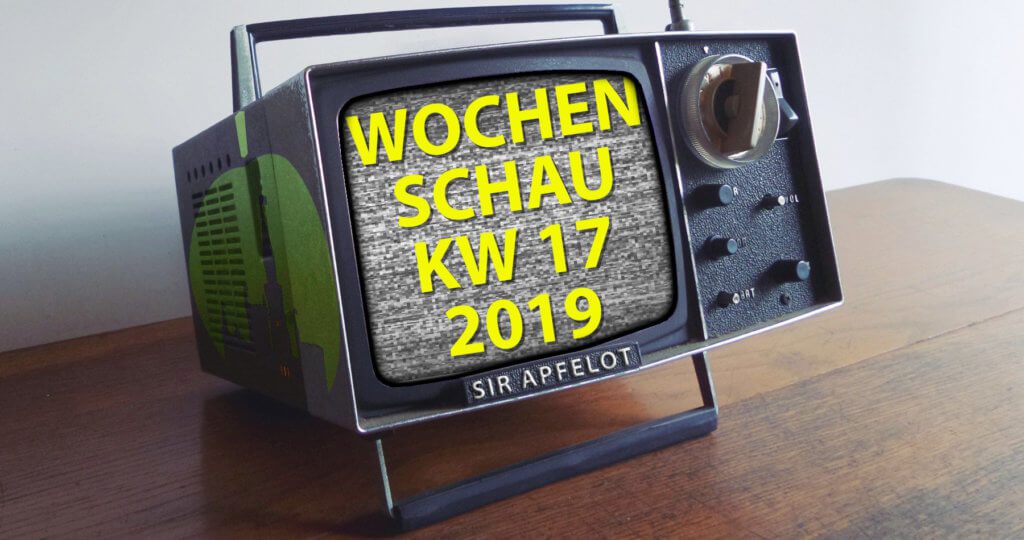 Welcome to the Sir Apfelot newsreel for calendar week 17 in 2019. Today's topics include: Amazon Alexa, Microsoft as a billion-dollar company, USB-OTG on the iPad Pro, YouTube on Fire, Apple Pay, iOS 13, Samsung's folding flop and, and, and ...

Like app dangers berichtet, Amazon employees, who overhear individual Alexa voice commands and are supposed to improve speech recognition through transcription, have sensitive data on the relevant users. Regarding BloombergWhere statements from Amazon employees are cited, it is also reported that they also exchange information about the recordings in internal chat rooms - sometimes not in terms of content, but mainly about how amusing the snippets of speech are. Amazon advises that there is a zero tolerance policy for misuse of customer data or recordings. In addition, as a user, you should activate all privacy options and prohibit the saving of audio commands, according to app dangers.

It doesn't get that much of a stir now when a big tech company hits the trillion dollar mark with its value. Or so it seems, after the reports about Apple reaching the mark have almost been forgotten and now Microsoft has passed this milestone. Among other things with 9to5Mac you can well-read on the subject. With reference to CNET it is shown that the value was reached on Wednesday because an earnings report from Microsoft turned out better than expected and thus spurred the share purchases. The success can be attributed to the fact that Microsoft is increasingly concentrating on services and not primarily on hardware (Xbox, Surface models, etc.).

Video streaming, films, series and gaming - these are currently very hotly contested areas in digital business. Most recently, for example, the conflicts between the big names in the business that Netflix turned off AirPlay support. But now there is a positive turn in a completely different dispute: Amazon is again allowing YouTube content to be accessed via the Fire TV Stick. The berichtet for example basic thinking. And there is not only the fact that the app is running again, but that the Google video platform can also be controlled via Alexa.

As already shown last week, the $ 2.000 Samsung Galaxy Fold smartphone with its folding display failed. In the meantime, iFixit has been able to take a look inside the device and identify one or more design errors that lead to defects in the device. On the iFixit page there is the Samsung Galaxy Fold Teardown not anymore - it was removed at Samsung's request. You can still find some pictures and data from them with the iPhone ticker as well as in other sources that were quick enough.

According to the BGH, Unitymedia is allowed to activate router WLAN hotspots

Unitymedia is a cable network operator that offers various cable tariffs in parts of Germany. If you get one and order a WiFi router, you can now expect your device to be used to set up public WiFi hotspots. Consumer advocates had sued against this procedure, but have now failed at the Federal Court of Justice (BGH) - for example, they report Mirror online and iFun. The so-called WifiSpots for mobile users can now be activated automatically by Unitymedia as guest access points to the Internet via the customers' routers.

App Store Issues: Trapped in the Terms and Conditions loop

Some users of the Apple operating system had iOS, such as 9to5Mac and MacRumors reported struggling with buggy app stores in the past few days. Instead of browsing, downloading and using apps, there was an annoying loop of terms and conditions. These were repeatedly displayed for reading and confirmation, which made regular use of the app store impossible. As updates to the linked reports show, Apple has now fixed the problem. Did you have such a problem too? Feel free to leave a comment on the topic!

Like iFun berichtet, several users complain through various channels that the Apple Pencil 2, if it is magnetically attached to the iPad Pro and charged by induction, constantly sucks the tablet battery empty. In standby mode of the iPad Pro, approx. 1% more battery charge would be lost per hour. It is believed that a software bug is to blame and that it was even fixed once with iOS version 12.1.4. However, he returned with iOS 12.2. Expectations are now high that charging the Apple Pencil after a timely update of the iOS system no longer gnaws so much on the iPad battery.

iPad Pro with iOS 13 - does USB-OTG bring the mouse to the tablet?

Let's stay with the topic of iOS. Also at iFun is rumoredthat the upcoming iOS 13 brings more options to benefit from the multifunctional interface on the iPad Pro with USB-C. "Starting with iOS 13, the iPad Pro could also be operated with a mouse", is it [called. There would "several notices“To Apple planning this move. It would be logical, since the iPad Pro is marketed as a mobile computer for demanding users - and USB Type C provides the best conditions for the use of USB On The Go (USB-OTG). With many Android devices it has long been possible to use the mouse and keyboard, as I told you in the OUKITEL WP2 test have shown.

After Apple Pay has found its way to Germany, among other places, you can now also shop in Austria with the Apple payment service. Like mobiFlip shows, are on board for the launch of the N26 service and Erste Bank Sparkasse. Later accounts and cards from Revolut, Boon and VIMPay will also be able to be integrated. On the official website Edenred and Bank Austria are also mentioned on the subject. Credit cards are accepted by the relevant banks as well as Maestro, MasterCard and VISA.

The VideoKid - Paperboy meets Back to the Future

Some of you computer and video game veterans may still remember Paperboy. That was and is a funny pixel game in which you take on the role of a newsboy who has to distribute newspapers from his bike. The game first came out in 1984. If you want to play a modern interpretation on your iPhone or iPad at the weekend, I can recommend “The VideoKid”. In it, a 3D pixel figure, reminiscent of Marty McFly from "Back to the Future", drives around on the skateboard and has to deliver VHS tapes. In addition, obstacles must be jumped over, others avoided and bonuses collected. Fast reaction is essential here! The download is free and also available for Android. Have fun ;)