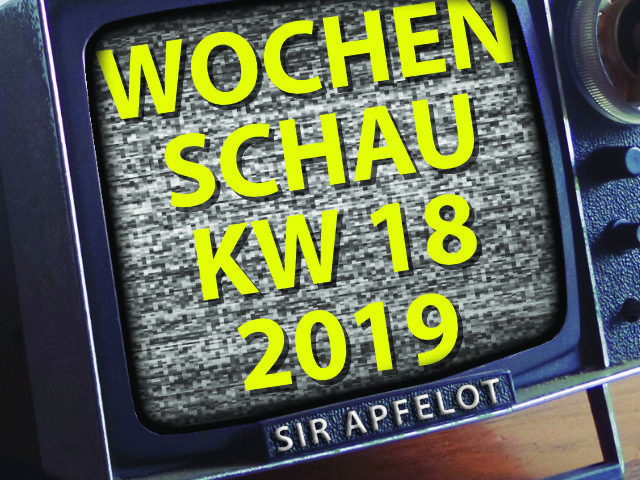 Once again it's Friday, and with that you can expect another Sir Apfelot newsreel. Regardless of whether you worked through the week, took your day off on May 1st or spent a very long weekend: Here you will find the latest Apple and tech news as usual. The messages that caught my eye in calendar week 18 of 2019 include the following topics, among others: Digital Wellbeing, Chrome vulnerabilities, Apple Pay, EKG with the Apple Watch, Aperture and other losses under macOS 10.15, Apple Pay , Netflix and so on. Feel free to leave your opinion on the reports as a comment;) 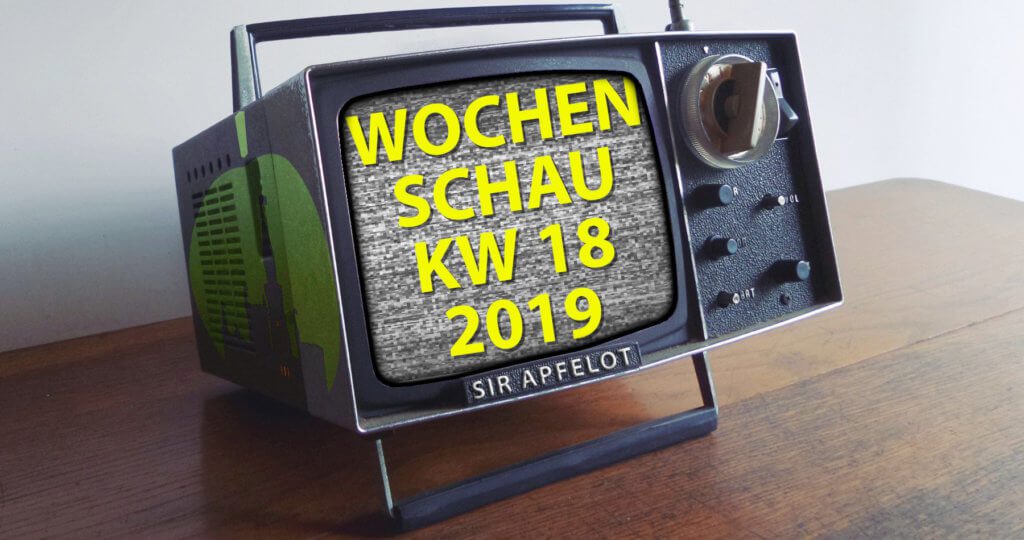 This week, Sir Apfelot's newsreel is about Netflix, Chrome, Screen Time apps, macOS 10.15, Apple Pay and so on.

How, among other things, app risks berichtet, Netflix now offers not only HD picture quality, but also explicitly high-quality audio. The feature is called "High Quality Audio" and is intended to better transport the sound compositions that the filmmakers mix in the studio into the living room. The feature is customized for different devices and restrictions, similar to the video content offered by streaming service Netflix through web browsers, apps, smart TV, and so on. You can enjoy “high-quality audio” above all with 5.1 systems or Dolby Atmos Investments.

For some tasks on the Mac, Windows and Android, the Google Chrome web browser is not a bad starting point for getting on the Internet. However, there have been quite a few security concerns in the past, which have now been confirmed by means of a patch and its tasks. Like T-Online, among others here reported, 39 "dangerous Chrome vulnerabilities have been closed" with the last fix. Of these, a total of five were classified as a "high threat" by the developers themselves. This is accompanied by reports of a phishing trick in the mobile version of Chrome, which among other things described here is.

And rightly so: Apple is removing apps against cell phone addiction from the App Store

Apps for recording screen time, for digital wellbeing or, in other words, against cell phone addiction, are or existed for the iPhone manifold. How now but among other things with the BBC and iTopNews report, Apple is removing most of these helpers for time management on smartphones from the App Store. Officially, this is not due to the introduction of a separate feature under iOS and getting rid of unwanted competition, but rather to the technology that the developers use for their software.

Because apps that restrict the use of the iPhone can only do so if the iPhone user installs a so-called MDM certificate. This is actually intended so that companies or developers can install apps on their own devices bypassing the App Store and system administrators can install company accounts, apps and the like on company iPhones without the employee having to do anything.

The mobile phone addiction or parental control apps use this feature against Apple's developer guidelines, because it says that this use is not allowed. And for good reason, because the certificate gives the developer of the mobile phone addiction app full access to the corresponding iPhone and can not only install apps, but also determine the location, read out data and monitor usage. In my opinion, this represents a risk to privacy that should not be taken.

Apple Aperture and other features will be dropped with macOS 10.15

Like some blogs and magazines related to Apple reports, Apple will no longer support its photo editing feature called "Aperture" from macOS 10.15 onwards. Heise also shows that in one Entry on - and also other functions that could no longer be part of the Mac operating system for 2019 / 2020. According to "a leak expert" named Steve Troughton-Smith, in addition to Aperture, the dashboard, the media app Quicktime (incl. plugins), support for hardware RAIDs and the feature for PPTP networks will be scrapped. As already known, 32-bit apps will no longer be supported in the future.

Apple Pay with more banks in Germany and the Netherlands

Like the iPhone ticker heißt, Apple Pay will soon also be available in Germany for customers of Sparda-Bank West and Sparda-Bank Baden-Württemberg. With reference to that Reuters however, it is reported that this is done via a detour, namely via the Apple Pay partner "Vimpay". A Vimpay card is not required for Sparda customers, just an account in the corresponding app.

In addition, Apple Pay is now also to be available in the Netherlands in the near future Sea App threats ING. There is talk of an "early start", but there is no exact date yet. The fact that a new way of cashless payment is arriving later in the Netherlands than in Germany, which is more cash-savvy, is also presented as astonishing.

Apple parts or entire devices soon to be “Made in USA”?

Like 9to5Mac berichtet, the chairman of the Hon Hai Precision Industry Co Ltd - better known as "Foxconn" - is said to have traveled to Washington DC, USA to discuss the construction of a display factory in the state of Wisconsin with President Trump. The production plant, which is supposed to offer up to 13.000 jobs, has been discussed for a long time. However, further details and financial aspects or funding should now be discussed. Whether parts of the iPhone or perhaps even entire Apple devices “Made in USA” will appear soon is still to be seen.

“Developed to understand your heart,” reads a recent email that Apple sends to its customers. It is about the official start of the EKG app in Germany. Thanks to it, users of the Apple Watch Series 4 can create an electrocardiogram and thus determine possible heart defects or heart function defects. In addition, the e-mail refers to the telephone function, the training aids and other features of the watch. So if you don't have an Apple Watch, you should be picked up here as well as those who already use a Smartwatch from Cupertino.