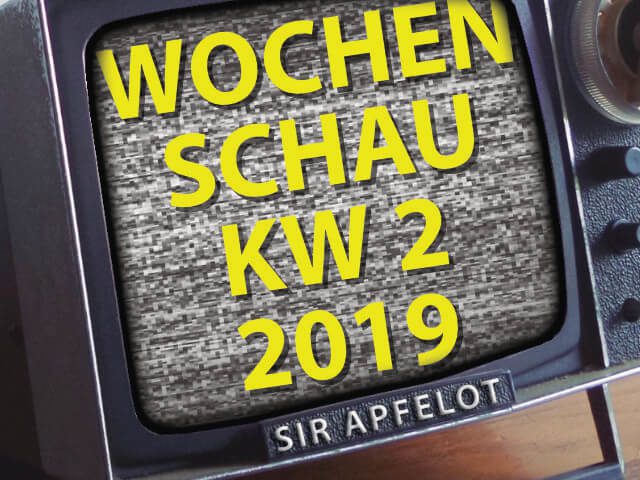 New Friday, new Apple and tech news in the Sir Apfelot newsreel! Today I will show you those messages that I noticed particularly in calendar week 2 of 2019. Among other things, there are: News from CES 2019, rumors and reports about this year's iPhone models, roll-up TVs with Apple connection, iPad models that cannot be rolled up but are bent, Spotify without iTunes and much more. If you want to contribute your opinion on the individual topics or a message not yet listed here, please leave a comment under this post;) 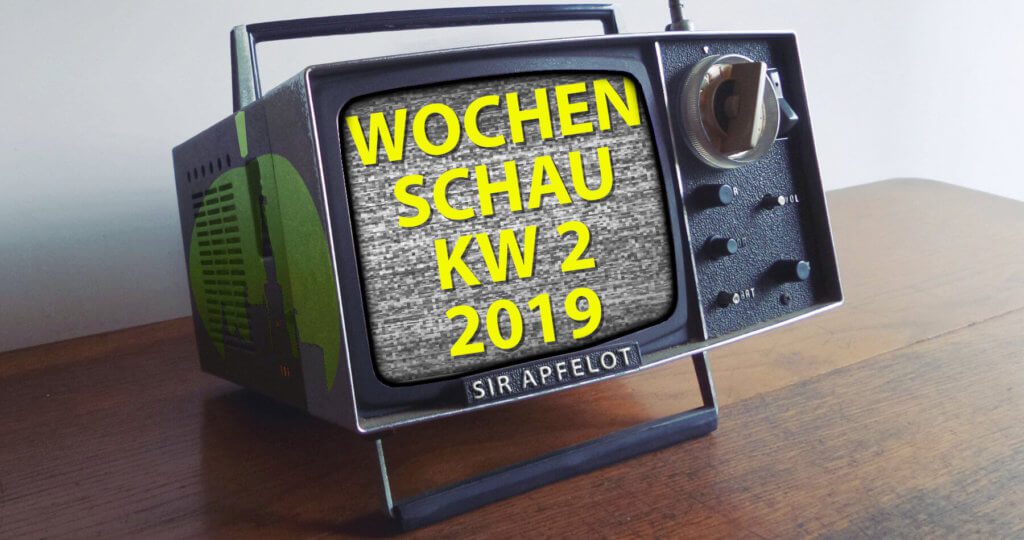 News from CES 2019 in Las Vegas, a verdict against the Amazon Dash Buttons, rumors about the 2019 iPhone models and updates from Spotify and the Google Assistant can be found in this week's Sir Apfelot newsreel!

In einem Post from Golem there is hands-on information on an interesting gadget from the manufacturer Padrone. It is a kind of ring that you put on your index finger in order to replace a mouse or a touchpad with various gestures and movements. It was convincing in the first test of the device. "The padrone has a built-in camera and various sensors. These recognize both the fingers and the surface and can trace the movement of the fingers on them. This allows you to control the mouse pointer“It says, among other things, to explain how it works.

VLC also celebrated an important milestone at the Consumer Electronics Show in Las Vegas: using a live counter, the breakthrough of the 3 billion downloads mark could be followed since the project was founded. Among other things, app dangers berichtete about that. There is also one at iFun Post to. Further information, which can be found in the articles, also revolves around the AirPlay connection of the VLC player. This should also make it possible to bring video content from Android smartphones to the Apple TV.

The doorbell from Netatmo announced at the Consumer Electronics Show 2019, like MacRumors, should be compatible with Apple HomeKit at this point reported. The “Smart Video Doorbell” offers an intercom system, a 1080p camera with a 160 ° viewing angle and motion sensor as well as - it's hard to believe - a bell. Using the HomeKit connection, iOS notifications can be activated for the use of the doorbell. The Apple Home app can then be used to see who is at the door (even at work or on the go). The device is expected to hit the market in the second half of this year.

What to do if you want a large TV, but want to stow it away to save space when not in use? Right, curl up! At least that's what LG thinks. At the CES in Las Vegas, the electronics manufacturer presented a thin, flexible television screen that can be rolled up into its loudspeaker base. In addition, the device should come with HomeKit and AirPlay 2 - technologies that Apple recently released for third-party devices. Details and pictures are provided by iFun (here ) and world (here ).

The Munich Higher Regional Court has classified the functionality of Amazon Dash Buttons as unlawful. The regional court has already determined something similar in the Amazon case against the consumer advice center in North Rhine-Westphalia. In the appeal process before the Munich Higher Regional Court, the judgment has now been confirmed. The case and the corresponding judgment are presented in a way that is easy to understand even for laypeople:The wireless dash buttons do not provide sufficient information about the goods ordered and their price - information that the legislature actually provides" shows including iFun. In addition, when shopping via the dash buttons, there is no indication for the consumer that a payment obligation is triggered.

You can no longer pay for Spotify via iTunes

Among other things, app dangers indicates the change in the payment methods of the music streaming provider - here to read. Also will be on a Spotify support document pointed out. In this you will not only find the reason for the discontinuation of the payment method via iTunes - namely the fees that Apple collects and thus makes the subscription more expensive - but also the option to switch from an iTunes subscription to a direct Spotify subscription. Incidentally, Spotify is not the only major streaming service for digital media content that has been doing without iTunes subscribers due to a recent change. Netflix is ​​also there, as I have already shown you at this point.

Google Assistant can now also be used in Google Maps

With a current update, you no longer only have the option of asking Siri for directions in Apple Maps. There is also the Google Assistant, which can be requested in Google Maps to calculate and display routes. The change comes to the user along with other innovations relating to the Google Assistant - because third-party providers such as Anker or Lenovo can now integrate the assistant into their devices. The iPhone ticker has a corresponding contribution to these topics recently published.

With reference to the Wall Street Journal reported the iPhone ticker here about the new iPhones, which should be on the market in over six months. Main topic of the article: the triple main camera on the back of smartphones; or on the back of the most expensive model of the again three new iPhones in 2019. MacRumors are meanwhile on other components here a. According to the report, which refers to the supplier AMS, the notch, which colors the upper part of the display black, should be smaller. The complete abolition of the design factor would also be possible. For this, however, all sensors and cameras housed in it would have to be brought into or under the display.

iPad Pro bent - the manufacturing process is to blame

App risk has taken on the subject of the bent iPad Pro models that Apple recently presented and delivered. At this point you can read the explanations. It is related to the appropriate, new Apple Support Document showed on the subject that a minimal curvature of the iPad Pro case can be quite normal. However, the possibility of exchanging it up to 14 days after purchase is pointed out, which you can take advantage of if you are of the opinion that the housing is more than "minimal" and visibly bent.

Do you miss certain connections on your MacBook, MacBook Pro, MacBook Air, the new iPad Pro with USB-C or your Android smartphone with this interface? Then maybe you're dreaming of a dongle that has exactly the connections you want to use. Or you have a nightmare and torment yourself with the render project by designer Ryan Geraghty, who uses a 16-way adapter with connectors from DVI and VGA HDMI and SD to USB and Ethernet. Hereinafter Video you get a glimpse of it. Interesting fact: all Apple dongles for these 16 ports combined cost $ 857; the solution shown would only cost $ 400 to produce. More information is available here at iFun.