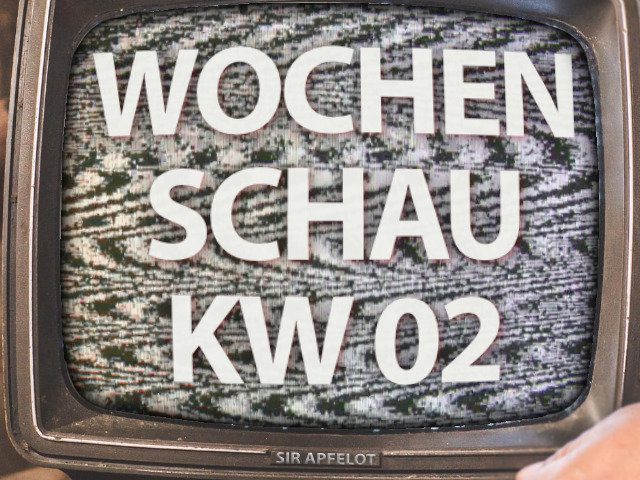 With the second calendar week of 2020, thanks to CES, we can get ready for many technical innovations and innovations. Before I summarize the products and announcements presented at the fair on Monday in one article, there is a Friday classic: the Sir Apfelot newsreel. In this you get the Apple and tech news that I noticed outside of the Consumer Electronics Show in the last few days. These include: Phishing with fake PayPal emails, a new "Y2K" bug, advertising on WhatsApp, gaming computers from Apple, Gollum and more. 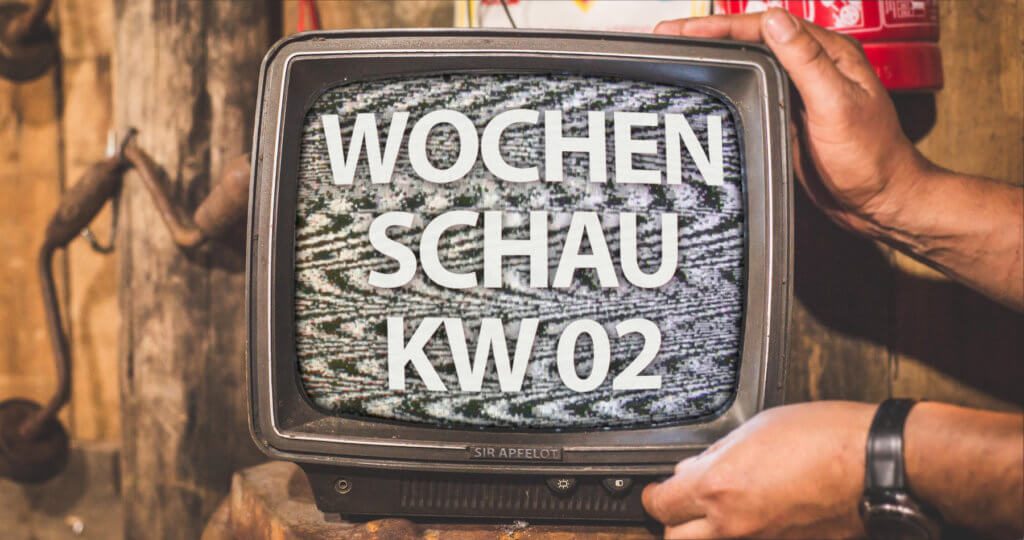 In the Sir Apfelot Wochenschau for calendar week 2 in 2020 you will find the following topics: Phishing with fake Apple and PayPal emails, a new "Y2K" bug, advertising on WhatsApp, Apple's gaming Mac, Gollum game, and more .

Like on Monday at this point showed, I received an email that at first glance came from PayPal. But after checking the sender address, the embedded link and other details, the electronic document turned out to be a fraud and phishing attempt. You can read about how to check the emails in your mailbox for fraud in the linked post. But I would also like to recommend an external source on the topic: this post from Netzwelt. It shows a similar email, also with the note that PayPal would never request personal data in an email or on a linked page.

Info from the police: Identity theft with fake Apple mail

The “year 2000 problem” or “Y2K” for short (for “Year Two Thousand”) meant more than twenty years ago the problem that computer systems could not cope with changing the year numbers from 1999 to 2000. At that time there was a quick patch for many systems that now leads to the "Y2020 bug". Among other things, Futurezone (German) and New Scientist (English) reported about it. From cash register systems to parking ticket machines to video games, a few things are affected. The problem: instead of changing the entire code in 1999, approx. 80% of the systems were only provided with a quick fix that assigns the year numbers from 00 to 19 to the current century; from 20 onwards the number could then be interpreted as 1920 again.

Advertising and more: WhatsApp innovations in 2020

But not only annual numbers cause problems in everyday digital life, companies like Facebook too. The parent company of the WhatsApp messenger wants to monetize it in the future. For this purpose, advertising should be displayed on the "Status" page. Other areas could also receive advertising, which exactly has not yet been communicated. Like Netzwelt shows, but there are more changes to WhatsApp this year: Support for older iOS and Android systems as well as for Windows Phone is no longer available. In addition, the chat export was deactivated due to illegality. With self-erasing messages, there is also a Snapchat throwback; and also a dark mode. Facebook Pay is to be integrated for financial transactions.

Segway wheelchairs should travel up to 38 km / h

With the "S-Pod", the company Segway (or Segway-Ninebot), which is known for the self-balancing stand-up companion of the same name, has presented a vehicle with a seat. In addition to the typical Segway two wheels, the Sci-Fi wheelchair also has three support wheels for mechanical use, such as G reported. The article also discusses the joystick control and the maximum speed of 38 km / h. Nothing is yet known about the price and range of the S-Pod. And also not really whether it should be a fully-fledged electric wheelchair or a temporary mobility aid (for the airport, tours, etc.).

There are currently both hardware and software problems with many users of the Apple AirPods Pro. The Bluetooth earplugs with ANC do not hold in the ears as well as they should. In addition, the noise-canceling function should suffer from a faulty system update, summarizes among other things heise online here together. But these are not the first mistakes that users make with the AirPods Pro from Apple. I have a solution for the red exclamation mark next to the headphones display on the iPhone or iPad in this guide for you. Do you have the current generation of Apple earplugs in use? If you also struggle with mistakes, please leave a comment!

Gaming Mac - Is Apple Bringing Out an Arcade Computer?

The fact that Apple wants to bring out a gaming computer could be dismissed as a joke by Windows fanboys - if it weren't for the “Apple Arcade” service. Because where the Windows PC has shone as the only computer for the best gaming experience for decades, Apple is now also trying to establish itself with the Mac and its other systems and devices. So what's behind the gaming Mac, about the heise online, among others speculates becomes? With reference to the Taiwanese "Economic Daily News" it is rumored that we will be presented with a high-end gaming computer from Cupertino at Apple WWDC 2020. But it remains to be seen whether it will be a MacBook Pro or an iMac Pro - in combination with that iPhone SE 2 but an "Apple Arcade" series could also be presented, I can imagine ...

Apple will probably develop its own mobile GPUs in the future

This message, which you can find at Netzwelt, among others, is also suitable for the gaming devices from Apple findet: The manufacturer and supplier Imagination signs a license agreement with Apple. The technology giant from Cupertino can now develop its own graphics chips despite the failed takeover of the chip manufacturer in 2017. "With the license agreement that has now been concluded, the way is clear for Apple to be able to develop its own GPUs. Apple is making itself more independent from third-party providers and has more control over its own products such as the iPhone and iPad", is it [called.

As noted above, you need a Windows PC for most triple A titles as well as for other publications from the gaming area (if you don't own a console). If you try to run the games on other systems such as macOS or Linux, you could be excluded from use as a cheater. This is currently happening with the EA title “Battlefield V” or “Battlefield 5”, which can be played on Linux PCs using the Wine emulator (Wine also makes Windows apps run under macOS). Because of the implemented DXVK package, which runs games via Direct3D, cheating and other adjustments are possible - and that is punished, schreibt e.g. Netzwelt.

Deadalic's "Gollum" game in the Unreal Engine is coming in 2021

With reference to the specialist magazine EDGE berichtet GameStar on a new video game on the theme of "The Lord of the Rings". In the game of the developer and publisher Deadalic Entertainment (Games overview) you don't play a companion or other main character for a change, but Gollum. The game realized in the Unreal Engine should offer the possibility to act more as a Smeagol or more as a Gollum personality. The conversations between the two personalities should also be part of the title, which will be available in 2021 for Windows PC, PlayStation 5 and Xbox Series X should appear. There are no screenshots or in-engine or in-game videos yet.