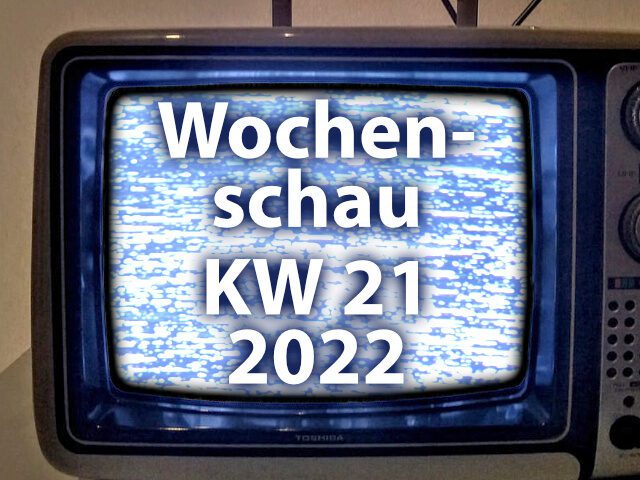 The last Sir Apfelot newsreel of May is coming up. Also in calendar week 21 of 2022 there was some Apple and tech news that I particularly noticed. In addition to official press releases from Apple - such as the Program of the WWDC22 – there were, among other things, the following reports: modernization of the announcement and notification system in Germany, study on the positive effects of social media abstinence, GoogleMaps Street View with “historical” views, delete button for app accounts soon to be mandatory, rumors about iPadOS 16 and iPhone 14, and more.

Also included in the Sir Apfelot newsreel for calendar week 21 of 2022: online law promulgation from 2023, solar cells for the night, historical street view, WWDC22 events in Apple Park, rumors about iPadOS 16 and iPhone 14, and more.

Laws and regulations will be promulgated online from 2023

From the beginning of next year, new laws and ordinances will no longer be published in printed form in the Federal Law Gazette, but only over the internet. This is reported, among other things, by heise online this week in one Entry. Currently, new legal texts and ordinances can only come into force if they are published in printed form. On Wednesday, however, the federal cabinet approved the draft for modernizing the announcement and notification system. Justice Minister Marco Buschmann (FDP) is quoted in the linked source: "By eliminating paper-based subscriptions or individual editions of the Federal Law Gazette, a mountain of paper of up to 2,5 kilometers can be saved each year."

heise online is also on this topic this week with a Articles received. Accordingly, researchers at the University of New South Wales in Australia have succeeded in developing solar systems that also produce electricity at night. A so-called “thermoradiative diode” is used for this. "The diode consists of mercury cadmium telluride, which is also used in night vision devices or in infrared sensors in astronomy", is the explanation. The whole thing is not yet marketable, especially since the output is just a tenth of that of daily solar cells. Nevertheless, the research result serves as a proof of concept.

Study on the alleviation of psychological stress through digital detox

And another message from heise, where there is always a colorful bouquet of topics: Get Tickets here! discusses a study that found taking a break from social media can alleviate various psychological stresses, such as depression and anxiety. "According to the study, just one week without social media improved the participants' overall well-being and reduced symptoms of depression and anxiety", it says, among other things, as a summary of the data determined. The study is now to be expanded, since there are not only opposing study opinions, but the participants already have a motivation to Digital detox brought with. It is important to take these factors into account.

Historical views as a new feature of Street View

If you move on the digitized streets of Google Maps, you can now see not only the most recent, but also outdated photo material. The "historical" views are not only intended to show the transformation of cities and regions, but also to show that Google has been offering a feature for digitally discovering areas for 15 years - while Apple is only gradually rolling out its "look around" feature. The iPhone ticker goes on in one Entry a. Another source that mostly relates to the views on iOS is MacRumors with this post.

This week, the Apple Newsroom, the official website for the iPhone maker's press releases, again saw several releases. I've already gone into more detail about one: WWDC22 program - Apple publishes detailed information. Other reports are about the expansion of the "Today at Apple Creative Studios" events, which are also coming to Germany with the first events in Berlin. The topics are music, radio and podcasts ( ). Apple also introduced new Pride straps and watch faces for the Apple Watch. A new "Shot on iPhone" campaign will start in June (Details here). Apple also shows the "record growth" of the German iOS app economy, which supports more than 400.000 jobs ( ).

It is currently worth taking a look at Apple's developer site in several ways. Not only is there always new information about the upcoming WWDC22 in June, and shortly before that there will be new regulations for developers. Of the Reminder of the June 30th deadline several points can be gleaned: the delete function for user accounts must be easy to find; it must be a real delete function, beyond pausing membership or temporarily deactivating the account; in some areas the deletion of accounts must be traceable for users; and more.

Event at Apple Park: Invitations and regulations for June 6, 2022

This year's World Wide Developers Conference starts on Monday, June 6, 2022. After the events of this type, which were held exclusively digitally in 2020 and 2021, there should be another event in Apple Park this year, at least at the start. This takes place for selected people who apply for the ticket lottery beforehand could. Now the visitors have been determined and they have been informed of the program items for the event day. This is how it should be from the visitor center to the new one Developer Center and then to a breakfast at Caffe Macs, which will be followed by the keynote. In the afternoon, visits to Apple Park Hills, the fitness center and again Caffe Macs are planned ( ).

In another Entry MacRumors also addresses the health safety measures for the event. Among other things, a tweet is quoted in which an e-mail sent by Apple on the subject is concerned. It stipulates that the participants must have a negative antigen test the day before the event and must wear an N95 mask (similar to the FFP2 mask) indoors on the day itself. Contrary to some rumours, the on-site event for the WWDC start will not be cancelled, but simply increased protection against Covid-19. See the linked source for more details.

iPadOS 22 will also be presented as part of the WWDC6 keynote on June 16th. Before there are already rumors, which innovations should improve the tablet operating system. In an article by iTopNews shownthat there should be references to the use of "real windows". The suspicions go back to a tweet from developer Steve Troughton-Smith, who is said to have discovered new multitasking functions in the new WebKit code - including the use of windows under iPadOS. In another Articles the possibility is discussed that the upcoming iPhone 14 could bring an "Always On" function for the display. A refresh rate of 1 Hz could be used as a power-saving solution.