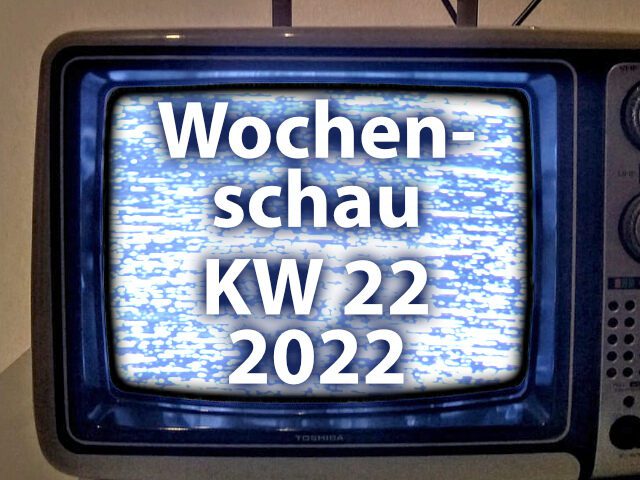 The coming week is dedicated to the Apple WWDC22. But even today you can get a good amount of news about the iPhone manufacturer here in the Sir Apfelot newsreel. In this issue, I will show you which Apple and tech news I particularly noticed in calendar week 22 of 2022. Among other things, these messages are included: Online bankingBrowser Sparkasse not so sure, Avocargo cargo bike sharing is to be expanded, forecasts for WWDC, current figures for iOS 15 distribution, improvement of working conditions in Apple Stores (in the USA), and some more.

Also included in the Sir Apfelot newsreel for calendar week 22 of 2022: Sparkasse browser S-Protect not as secure as stated, no VR/AR headset at WWDC22, rumors about macOS 13 and iPadOS 16, Siri under iOS 15.5, and more.

Web browser of the savings banks: S-Protect with tricks instead of real protection

Anyone who does online banking at Sparkasse can download the “S-Protect” web browser designed for this purpose from the websites of some branches or regions. This should, if z. B. believes the information on the website of the Kieler Förde Sparkasse, also run securely on computers infected with malware. The c't experts examined whether this promise is kept. You can see the results on the website view online from heise. The Verdict: There are some protections designed to make keylogging, screenshots, and remote access more difficult—but many of these are easily bypassed. Instead of comprehensive protection, smart tricks are provided that are not sufficient if the hackers know their trade.

Like the iPhone ticker shows, Avocargo, a provider of cargo bike sharing in Berlin, wants to cooperate with Vodafone to expand the rental of its vehicles to other European cities. Vodafone is to take over the networking of the vehicles using IoT SIM cards. Thanks to this mobile network, the app can also be used to find out where the next cargo bike is. Avocargo cargo bikes can currently be reserved in Berlin for 15 minutes free of charge. If you then use them, you will incur costs of 15 euros per 1,90 minutes. But there are also tariffs for three hours at 18,90 euros, six hours at 18,90 euros or even 24 hours at 28,90 euros, the linked source shows. A starting fee of 1 euro is added to each tariff.

Hardware at the WWDC22 Keynote: No more expected VR/AR headset

In the last few weeks and months there have been several rumors about the content of the upcoming World Wide Developers Conference - and above all about the hardware that may be part of the kick-offKeynote is presented. As has been the case several times before, the words “headset” and “glasses” were used, because Apple has been expecting a headset with a combination of virtual reality and augmented reality for a few years. But like some media, including iFun at this point, point out, the most well-known analysts are backing down on this. They say that the VR/AR headset is not to be expected for the coming week.

While new hardware is expected on the one hand, there is continued frustration with the existing devices on the other. Because for several weeks and months it has been reported again and again that some users of current MacBook models are having problems with the speakers. There is talk of a "crackling and cracking" at iFun (here.). Various sources are highlighted in the linked post - a Reddit thread, a YouTube video, and more. The conclusion is always the same: despite several complaints, Apple does not respond and tries to remain silent on the subject. There is no support solution and no repair strategy.

Not really communicated by Apple to the general public, but at least several journalists were informed that the update to iOS 15.5 brings more data protection to current iPhone models. There is one for that Entry in the iPhone ticker, which shows that the iPhone now only evaluates the voice input for Siri locally. They are no longer forwarded to Apple's servers to be converted from speech to text. The feature is compatible from the iPhone XR and iPhone XS, i.e. with all Apple smartphones with A12 Bionic Chip or newer. An interesting change that could have been implemented earlier.

There is a on the Mixpanel website interactive chart showing the distribution of iOS 14, iOS 15 and all older iPhone systems combined. This shows that 87,15% are currently using the current iOS 15 system. The predecessor iOS 14 is still used by 10,22%. Older operating systems for the Apple iPhone are only represented with 2,63%. Interesting data, especially in light of the upcoming WWDC22 keynote, where the upcoming system iOS 16 is presented. What might await us in it I have for you summarized behind this link.

What awaits us in macOS 13 and what will it be called?

In addition to iOS 16 and new systems for iPad, Apple Watch, Apple TV and Co., macOS 13 for the Mac will probably also be presented on Monday. But how will the successor of macOS 12 Monterey are called and which innovations or at least improvements come with it on the Apple computer? MacRumors has addressed these questions in one Articles assumed. With Apple registering the names of several natural landmarks in California, it is rumored that the new system will be called macOS 13 Mammoth. There is also speculation about the compatibility of Mammoth - but I'd rather give you the official details on Tuesday. As for the features: Maybe the system settings will be revised and the news app should be more extensive. Can't say much more than that.

Addendum: While browsing the blog here, I discovered that I already wrote something about macOS 2021 Mammoth in August 13 have :D Take a look!

Also at MacRumors there is another one in the run-up to the WWDC22 keynote Articles about the iPad system iPadOS 16. This will probably be presented on Monday and should come even closer to the functionality of a Mac computer with new features. This is to be realized with new multitasking functions, among other things. It is speculated that it will become even easier to switch between apps, for example with freely resizable windows. In previous reports from other sources it was rumored last week that iPadOS 16 will come with app windows. I am excited!

Instead of a union: Apple wants to improve working conditions

There have been various attempts by Apple employees to set up a union in the USA this year. Apple is taking action against this, but now wants to give in by improving working conditions. Apple connoisseur Mark Gurman has one on Bloomberg Articles published with details. Accordingly, there should be at least 12 hours (instead of currently only ten hours) of free time between individual shifts. Furthermore, employees should be able to be scheduled to work after 20:00 p.m. a maximum of three times a week. In addition, they should be able to be scheduled for a maximum of five consecutive days per week (instead of the current six days). The implementation of individual changes may take until the end of the year.