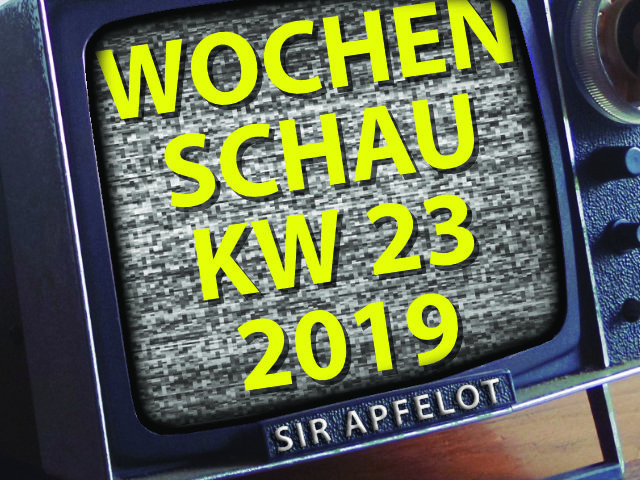 The week is drawing to a close, and so is Apple WWDC 2019, which kicked off with the traditional keynote on Monday. As part of this presentation, not only the new versions of existing operating systems were shown, but also a new OS and the new Mac Pro. But that's not the only news for the Sir Apfelot newsreel of calendar week 23 of this year. The following Apple and tech news also includes reports on: US visa with more data submission, Adware for Android, which has already been installed around 440 million times, Affinity Photo update and action, Final Fantasy soundtracks in music apps, abuse of social media and headlines and arte again. 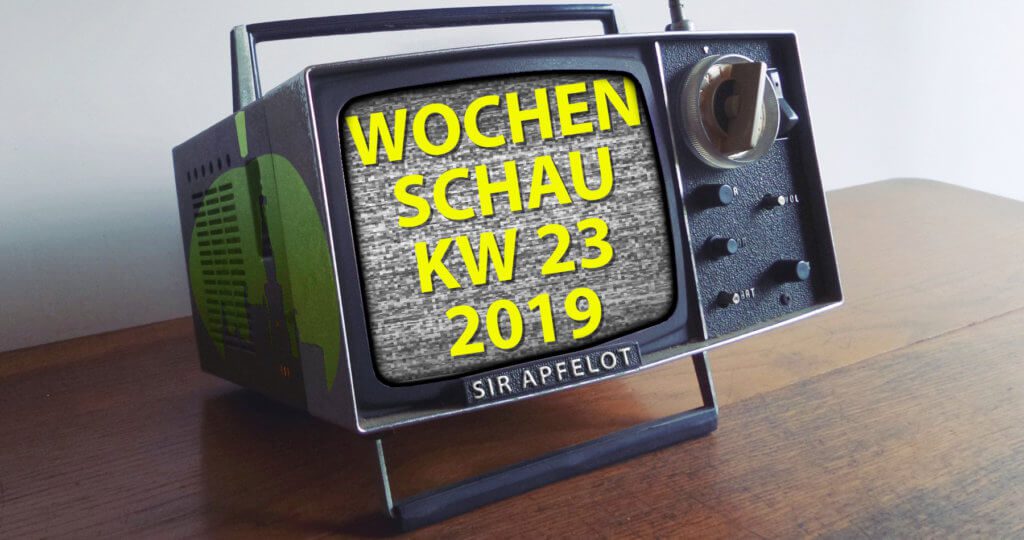 The Apple WWDC Keynote every June is not only an important event for the app developers present and watching in the stream. The trade press and end consumers also watch the presentation to know what to expect from Apple in the fall or the following year at the latest. Here in the blog I have already summarized most of the topics presented in San Jose on Monday. Therefore nothing more at this point, just the article overview:

Do you want to travel to the USA longer? Then clean up your Facebook, Twitter, Instagram and other social media accounts. Best of all, with a view to all of the activities over the past five years. Because these will be requested in the future when applying for a USA visa. But that's not all, as AP News (here ) and the Tagesschau (here ) to report. Because the e-mail addresses and telephone numbers of applicants will also be requested for the US visa in the future. Anyone who enters the country without a visa, but for a limited stay via the ESTA program, is exempt from the extensive data query.

Adware in Android apps that have 440 million downloads

Like ZDNet, among others berichtet, a stubborn Android adware was discovered by the security company Lookout. This is still annoying when the infected apps, which come from the Google Play Store, have long been uninstalled. A total of 238 apps are said to be affected; the advertising came on the smartphones equipped with it via the so-called BeiTaPlugin. A famous example of an infected app is CooTek's TouchPal. Some affected apps were removed from the Play Store, others received an update against the plugin. As shown in the linked report, users often do not even know which app led to the flood of advertising, as it is sometimes delayed by weeks, sometimes only by 24 hours.

The Photoshop alternative Affinity Photo got a big update this week on both the Apple Mac and Windows. From version 1.6.7 there was a free update to version 1.7.0. This not only changes the login window and the app icon, but also some functions and options. In addition to the expansion of the functionality, according to the makers of Serif, the performance has also been improved. To celebrate the update, Affinity Photo and Affinity Designer are currently 20% cheaper in the official Serif shop.

Already at the start it is noticeable that a major update was installed here;) (Start screens under macOS 10.14 Mojave)

Have a look for you: Affinity Photo Workbook by Serif

Like 9to5Mac (here ) and MacRumors (here ) report, all friends of the video game series "Final Fantasy" get their money's worth on Apple Music and Spotify. The respective soundtracks of the main parts of the series are now available in the respective applications. However, in addition to the good news, one or two disadvantages are pointed out. Not all titles are represented entirely, and some titles are only listed in Japanese. Finding your favorite song could be a bit difficult or impossible for some.

“Manipulation!” And “Climate Propaganda!” Could and can be read primarily on the Facebook pages of some AfD associations. This involves two weather maps from 2019 and 2009 that will be compared with each other. To justify the allegations against the Tagesschau on ARD, it is said that 10 years ago a green background was used at the same or even higher temperatures, while currently red, sometimes deep red backgrounds are used. That would signal some kind of danger. But that's all wrong. A temperature display for the current day (always highlighted with shades of blue for cold to red for hot) and a preview display for the following days (always with a neutral background) were compared. More details on the whole Facebook humbug Is there ... here.

This week, however, the climate and green bashing went in completely different directions. In addition to the alleged ARD “lying press”, the tabloid press and right-wing media labeled some young climate activists as truants. The main reason for this was that Greta Thunberg, currently probably the most famous young activist, does not go to school for a year in order to devote herself to her actions and campaigns. While BILD and Co. wrote of “skipping school” or “dropping out of school”, other media clarified more factually: Greta has completed her 9 years of compulsory schooling and will take a sabbatical year before continuing her schooling at high school. A model that can work relatively easily in Germany as well. More on false reporting Is there ... here.

Last week I was in the Sir Apfelot newsreel for week 22 yes showed that arte is now uploading entire films and that not only documentaries and reports are among them. Now be expanded arte YouTube offer a few more titles. In addition to the art film “Rubber”, there is also “Wrong” (even more absurd) by the same director, as well as the series “Wrong Cops” and “Cannabis”. More such offers are to follow in the future. If you like to look at things in the arte media library in addition to YouTube, then this guide might be of interest to you here in the blog: arte library download - save videos on iPhone and iPad. I have collected information on how to use the media library content offline;)