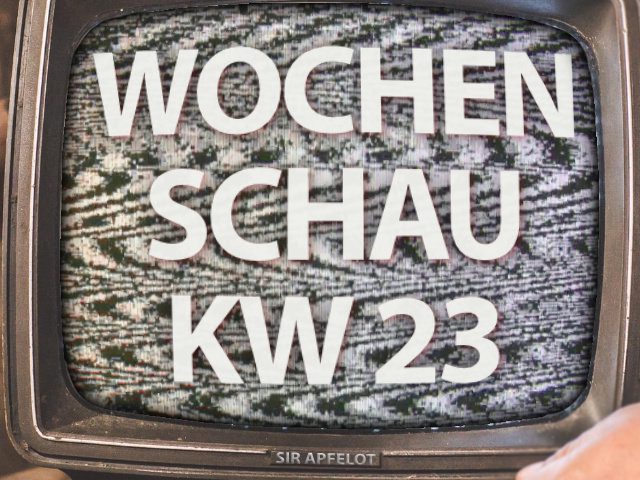 The last working day of the week is progressing, the weekend is in the starting blocks. Of course there is also a Sir Apfelot newsreel on this Friday. This time I'll show you which Apple and tech news I noticed the most in calendar week 23 of 2020. And speaking of 23: At the end there is a book and two film tips for the time on the couch. Before that, however, the following topics will be discussed: Zoom with good news for Wall Street and the FBI, digital passport photos are becoming mandatory, Tim Cook on the subject of racism, iOS 13.5.5 and iOS 14, PlayStation 5 and more. 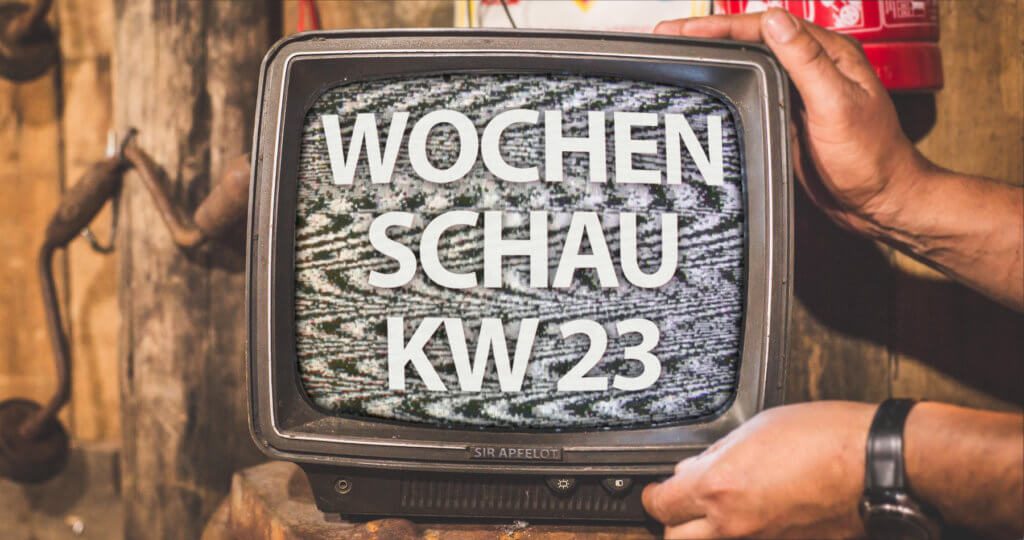 Included in the Sir Apfelot Wochenschau for calendar week 23: Zoom news, digital passport photos are mandatory in Germany, Tim Cook's open letter on the subject of racism, iOS 13.5.5 and iOS 14, PlayStation 5 and the number 23.

Zoom is growing and wants money for secure features

Investors who have invested their money in Zoom shares can be twice as happy. Because not only is the provider of video conferencing software currently on a good course, like the Handelsblatt berichtet, profits can also be expected in the future. Because like the trade magazine t3n shows, end-to-end encryption should only be made available to paying customers. If you use Zoom for free, you have to expect that you can overhear and watch - from the FBI or someone else. You can find details about the two messages in the linked sources.

In so-called morphing, two photos of people or their faces are merged in such a way that they can be used to identify one person as well as the other. The procedure enables forgeries and various frauds. In order to prevent the use of photo morphing for German identification papers in the future, digital passport photos taken in a tamper-proof manner are now mandatory. In addition to registration authorities, photo studios can still take passport photos, is it [called at Golem. However, only if you can send them to the relevant registration office via a secure data connection. The scanning of photos you have brought with you is not permitted.

Denis Shiryaev - YouTuber shows videos, some of which are over 100 years old, in 4K and 60 fps

Colored and projected with AI to 4K and 60 fps: this is how Denis Shiryaev presents on his YouTube channel Videos from the penultimate and last century. Whether Paris in the late 1890s, Victorian England in 1901, New York City in 1911 or the moon in 1972 - this and more is content that you can watch on the linked channel as realistically as probably never before. I became aware of the whole thing through one Items on the subject of Basic Thinking.

Tim Cook's words on the events in the United States

The racially motivated murder of George Floyd by a US police officer has sparked a wave of rioting in the States. Many people comment on this and on the subject of racism in general and the fascism that goes with it, which is fueled by Donald Trump, for example. Since this is an Apple blog, I am mainly addressing that open letter by Apple CEO Tim Cook, who is entitled "Speaking up on racism". Cook goes into the persistent racism; institutional as well as so-called "everyday racism". He highlights Apple's mission to enable people to make the world a better place. However, he points out, we need to do more.

And not about that Error To repeat, which was done at Maischberger, and only let whites say something on the subject, there are a few Twitter profiles that you should donate a follow if you want to know what racism feels like for those affected. Because here in Germany, too, the problem is still present and has become more and more present in recent years. Here, too, something must be done against racism at all levels and against fascism ambitions - not only from politics, from NGOs or associations, but also from civil society.

According to Entry From Macerkopf, production of the iPhone 12, or at least the 6,1-inch version of the Pro edition, is due to begin in July. One refers to Digitimes, a Taiwanese insider magazine. in the Source contribution it also says that the presentation of the apparently four planned iPhone 12 models could take place in October instead of September 2020. The delay would result from the global coronavirus pandemic. I have rumored technical details about the four 12-series iPhones for you two weeks ago summarized.

Like MacRumors shows, there are indications in the code of the Apple operating system iOS 13.5.5 that Apple will soon be around the corner with bundled offers for its services. So instead of just offering individual subscriptions for Apple tv +, Apple News +, Apple Arcade and the like, two or more of these offers could be offered as a package - at a budget price. At the same time you can be in a Entry Read from Caschy that iOS 14 is rumored to be compatible with all devices that also run iOS 13. A list of iPhone models compatible with iOS 13 can be found here. Compatibility with iOS 14 from the iPhone 6s (Plus) from 2015 and the first iPhone SE from 2016 would mean that Apple either does not pack any major innovations in iOS 14 or is turning the system's efficiency screw.

Due to the events in the US mentioned above, Sony has canceled its PS5 event planned for this week. Some hoped that the broadcast would (finally) show the next-gen console. Others suggested that the video would mostly contain game announcements. The only thing that is certain now is that Sony will first give priority to more important voices. GamePro, for example, reports on the canceled event here . But speaking of the voice: like Netzwelt here shows, the Sony boss Jim Ryan has in an interview (not more, but less clearly) at the price of PlayStation 5 voiced. The oracle is derived from the statements that the price is closer to 500 euros and that games will also be more expensive in the future - more likely 70 instead of 60 euros.

Calendar week 23 in 2020 is better suited than in previous years to take a look at conspiracy narratives. If you don't want to do this in a documentary or other way based on information, research and backgrounds, you can do that Trilogy of novels "Illuminatus!" look at the origin of the myth about the number 23. At the end of the 60s / beginning of the 70s she laid the foundation stone for numerous conspiracy ideologies, unfortunately taken seriously by many - there is currently a peak of the same here in Germany. The German hacker Karl Koch took the Illuminatus! Novels far too seriously 30 years ago. B. the biographical film "23" shows. Treated more fictively and without any specific reference to the novels the film "Number 23" with Jim Carrey a conspiracy idea around the number.