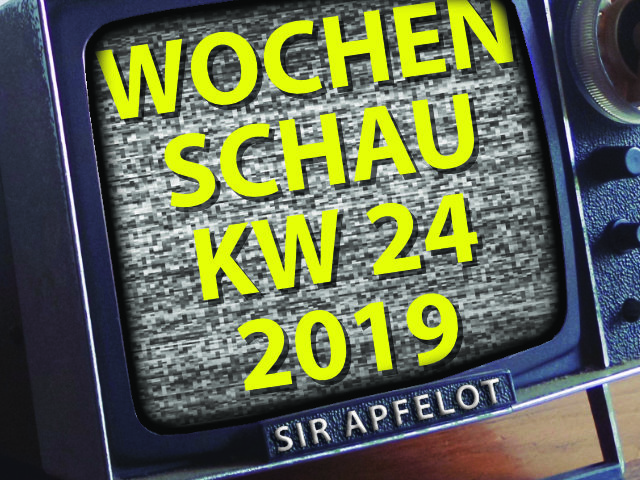 It's Friday and so it's time again for the Sir Apfelot newsreel. This time I have compiled some interesting Apple and tech news for you that caught my eye in calendar week 24 of 2019. This week will include: Apple Pay in the Netherlands and Germany, Uplay with its own subscription model for E3, Mozilla with the paid version of Firefox, iPads against language barriers, 5G frequency auction, NFC use under iOS 13 and so on further. Do you have any interesting news in store or would you like to leave your opinion on the items shown here? Then feel free to write a comment;) 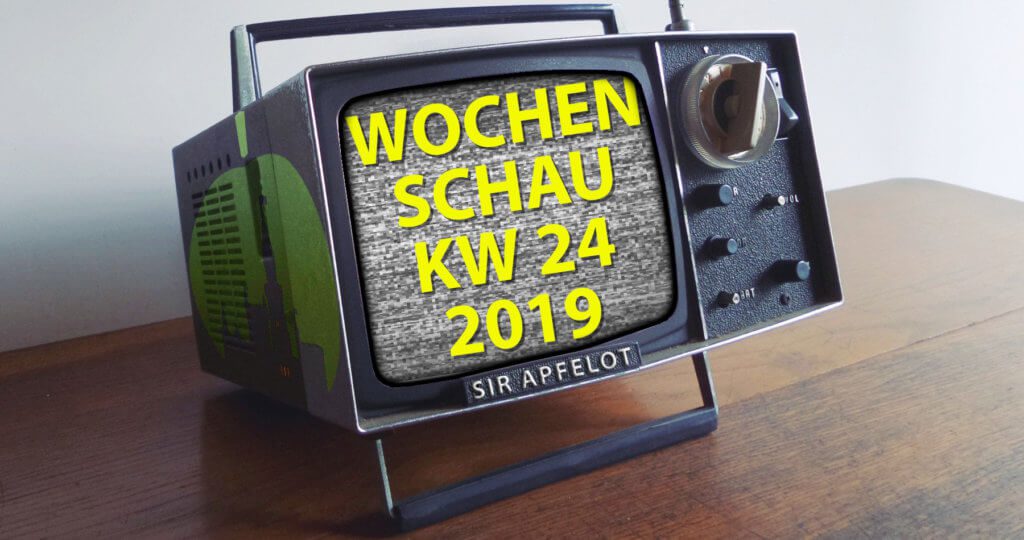 The Sir Apfelot Wochenschau - in calendar week 24 2019 with the following topics, among others: Apple Pay in the Netherlands and Germany, Uplay with its own subscription model for E3, Mozilla with the paid version of Firefox, iPads against language barriers, 5G frequency auction, NFC use under iOS 13 and a few more.

Uplay + - Ubisoft introduces its own subscription model for video games

After more and more providers are competing with Valve's long-established Steam with the Epic Store, GOG, Uplay, the Xbox app on Windows, and most recently Google Stadia, subscription models are now becoming the standard. Since the E3 in Los Angeles is currently coming to an end, I would like to include a little gaming message. Because as with the Xbox Game Pass, which has recently been expanded, Uplay + should now come. Ubisoft wants to offer a subscription for 14,99 € / month, which includes over 100 games, via its Uplay client. These include triple A productions and classics such as Far Cry, Watch Dogs, Assassin's Creed, Anno, Splinter Cell, Die Siedler, Tom Clancy Games, etc. such as Appgefahren shows.

The new generation of mobile communications is called 5G, and the corresponding frequencies were auctioned off in a total of 497 auction rounds to Vodafone GmbH, Telekom Deutschland GmbH, Telefónica Germany GmbH & Co. KG and Drillisch Netz AG. According to the iPhone ticker (.) around € 6.549.651.000 were used by the named companies. The mobile communications standard, which will be of particular interest to industry, should also benefit most households and users on federal motorways and on the most important federal highways by 2022. By the way, if you are wondering whether and how harmful 5G is for health and the environment, have a look here: 5G mobile network expansion - health in danger? Are the birds falling from the sky now?

Mozilla Firefox should appear in the paid version in 2019

Mozilla, the developers behind the Firefox browser and the Thunderbird mail client as well as other apps and services, have published information for premium users. Like MacRumors, among others berichtet, there should be a paid version of the web browser from October 2019. While security features such as ETP (Enhanced Tracking Protection) are to remain free of charge, extensive VPN functions can be integrated for a fee. MacRumors is referring to an interview that you did in German at t3n read up can. How much the paid Firefox version should cost has not yet been decided.

To-Do is the successor to the “Wunderlist” task and appointment app. This was taken over by Microsoft two years ago and has now been revised. The app has been available for iOS on the iPhone and iPad for some time. From next Monday, June 17, 2019, you can also get it for macOS on the Apple Mac, iMac and MacBook. It can already be pre-ordered in the App Store. IFun, among others, has more information . summarized.

As I already did in Post about macOS 10.15 Catalina showed, Apple will say goodbye to iTunes in autumn 2019. The individual tasks of the app are then divided between Finder, Apple Music, Apple TV, Apple Podcasts, etc. The name is also known for finding apps in the web browser. For example, anyone looking for this or that app for iOS / macOS on Google has always been able to find the official results from “iTunes.Apple.com”. Apple now wants to get away from iTunes in this regard and is now offering the online equivalent of the App Store under “Apps.Apple.com”. If you - like me - run a blog in which you (felt) thousands of links to the old URL, don't worry: the old URLs will be redirected to the new ones;)

Apple Pay: Now in the Netherlands and with a new partner in Germany

As several sources show, Apple Pay has now also been launched in the Netherlands. The major partner for the implementation of the mobile payment service is ING. Dutch ING customers now have the option of paying on the go with iPhone and Apple Watch as well as on the web and in apps on the iPad and Mac with Apple Pay. Source is here for example MacRumors. Meanwhile, in Germany, in addition to the already numerous banks and card providers that support Apple Pay, cards from Revolut can be added. That shows the iPhone ticker . on. By the way, you can find the current list of partners in Germany with this link . view

The one to be released for the iPhone in autumn Operating system iOS 13 brings several innovations. Like the iPhone ticker at this point shows, including new application possibilities for Near Field Communication (NFC). In addition to payment services, it should now also be possible to read out passport information. This feature was made possible at the request of the British government, which would like to offer EU citizens an app to register after Brexit. But not only Great Britain should get more NFC features, but also Japan - so the local person number cards should be able to be read out via the iPhone. Developers and their apps are also expected to have other uses for reading and writing NFC information.

Recommendation on the subject: Contribution to RFID chip, passport, NFC and CCC

It is well known that Apple has chosen pupils and students as a hobbyhorse in addition to pro users, developers, mobile creatives and other adult user groups. Ever since the first Apple ambitions in the 1970s, Steve Jobs has been talking about the possibilities computers (and now other products as well) have for teaching and learning. While the integration of new technology in classrooms is still slow, the integration of students with the respective national language as a foreign language can be accelerated. Apple shows this with examples from Germany, France, Wales and Sweden in this insightful press release .

The penultimate recommendation made here by arte content has already been praised in the form of a comment. Therefore I would like to conclude with a very brief recommendation of the ZDF miniseries “In the best of shape”, which was written and directed by Joseph Bolz, among others. The screenwriter, director and musician, also known as “DeChangeman” on YouTube, brought Uke Bosse, Gudrun Landgrebe, Oliver Kleinfeld, Fabian Siegismund, Florentin Will and the currently much discussed Rezo in front of the camera. The eight episodes have a total length of around 1 hour and 15 minutes. You can find them in the ZDF media library (also as a film editing) as well in this YouTube playlist.