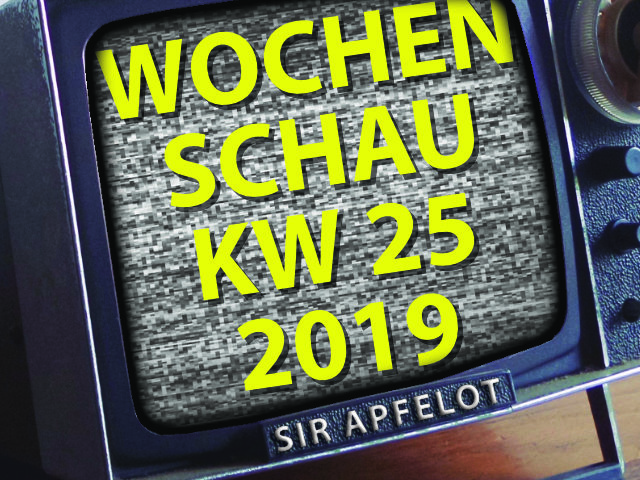 Today is not just the summer solstice, i.e. the day on which the sun reaches its highest level in the northern hemisphere. It's also Friday - and that means there's a new Sir Apfelot newsreel. This time I have compiled the Apple and tech news for you that caught my eye in calendar week 25 of 2019. Included this week are: MBP recall, Facebook currency “Libra”, Instagram, Nintendo, watchOS 6, iOS 13, the online ID card, Apple Pay and more. Do you have an exciting report ready or would you like to leave your opinion on a topic shown here? Then feel free to write a comment;) 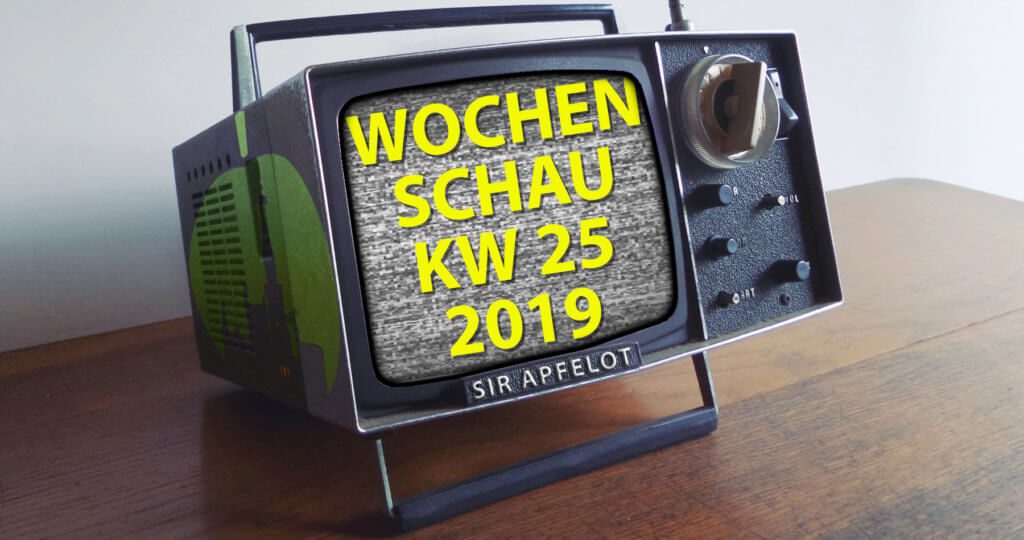 ATTENTION: Recall and exchange program for the battery of the MacBook Pro 15 ″

Mainly with devices that were sold between September 2015 and February 2017, there should be overheating and fire hazard, according to Apple. Therefore there is currently a recall program for the battery of the MacBook Pro (15 “). You can quickly and easily find out whether your model is affected on the official website on the subject clarify. Enter the serial number of your MacBook Pro with 15-inch display and then click on "Send". The procedure for the exchange is also described on the page. If you want to have your battery replaced, note that the service work can take up to 3 weeks.

Neither decentralized nor crypto: Facebook's Libra is not a Bitcoin alternative

Facebook wants to jump on the Bitcoin hype with its own global online currency. Among other things, the specialist magazine t3n headlines this: “Stay away from Facebook's Libra!” - because the virtual currency has nothing in common with Bitcoin and its advantages. The blockchain is "primarily a facade", because "Libra is neither decentralized nor a cryptocurrency". It is also stated that the currency should be controlled from Switzerland by the Libra Association (Visa, PayPal, MasterCard); as a kind of central bank. This should no longer function as such after five years and the system should be opened. It is doubtful whether that will still be the plan in five years' time. There is more information in the linked post.

Instagram has announced that it will make account repair easier for rightful owners by moving the process from manual editing to automation. The new in-app process should make it easier to regain control of your user account if you forget your password or have been hacked. In addition, user names should be withheld for a certain period of time after accounts have been deleted or renamed. This is supposed to make identity theft by hackers more difficult. You can find more information among other things at Engadget.

Nintendo and iPhone: Dr. Mario World for iOS is available for pre-order

How, among other things, app dangers berichtet, the iPhone version of the classic video game “Dr. Mario ”in the starting blocks. You can now pre-order the Nintendo app in the iOS App Store and use it from July 10, 2019. Download, installation and a basic version of the game are free. During use, however, there is also the option of in-app purchases. You can find details on the Download page.

On the way to making the Apple Watch a stand-alone device, Apple allows watchOS 6 and higher to uninstall the smartwatch's preinstalled apps. This could also be a preparation for the fact that the watch will be further adapted to certain target groups in the future. Children, seniors, athletes as well as men and women can then keep the appropriate apps and remove those that do not match. Apple is already taking preventive action against those who are the Cycle Tracking App could be described as a waste of storage space. More details on the subject has 9to5Mac.

As far as apps on the iPhone and iPad are concerned, there should be useful adjustments under the upcoming operating systems. For example, it reports app dangers .that when deleting an app for which a paid subscription is still active, a warning pop-up appears. If you are still using the app on another system or if you only want to delete it temporarily, you can ignore the message - otherwise you can go straight to the subscription management. The second change is that software can no longer only be uninstalled via the home screen (hold the icon for a long time, then remove it), but also via the update overview of the app store. Similar to the Android Play Store.

The best iOS 13 and iPodOS 13 features from 9to5Mac

A compilation of new and useful features of the new operating systems for iPhone and iPad is available from 9to5Mac at this point. In addition to pictures and explanatory texts, there is also a video that summarizes the individual points. Among other things, the following are mentioned: Safari on the iPad with desktop functions, the freely positionable keyboard, improvements for multitasking, improvements in photo editing and dark mode. On the iPhone, the updates to some preinstalled apps were mentioned in particular. In addition, it is about the new gestures for word processing, the support of mouse and controllers, etc. Here to supplement my contributions to the two systems:

Online ID should come on the Apple iPhone

According to the iPhone ticker (.) is supposed to open the NFC function on the iPhone, which I talked about last week already reported had to open up opportunities in this country too. Instead of using reading devices, the iPhone could then be used to identify yourself on the Internet, to deal with online administrative procedures, to check your Flensburg high score, etc. The report refers to the Federal Ministry of the Interior, an exact source in which the Function is shown directly under iOS 13, but is not linked. Also in the List of compatible devices there are no Apple models listed yet. Or I missed something in a hurry ...

Anyone who is a customer of the Deutsche Kreditbank (DKB) can now also use Apple Pay. This reports, among other things, app dangers in this post. Yes, there is nothing more to write about it: D

Apple vs. Hollywood and Netflix: Cupertino plans up to six feature films a year

Like the New York Post berichtet, Apple probably wants for its streaming service Apple tv + produce up to six feature films per year. A budget of up to $ 30 million should be available for each film. With the comparatively low costs, indie productions could be realized; In addition, Apple will probably focus less on effects and too many stars, but on stories. The topic of “Stories” was also in the foreground when tv + was presented. The aim with the film productions is therefore also to win Oscars and thus quickly get to Netflix level. It remains to be seen whether this will work.

“Don't waste your time living someone else's life,” Steve Jobs said in a well-known speech. This was aimed at the graduates of Standford University. That was 14 years ago. Tim Cook is now the CEO of Apple and also gave the closing speech there. He encouraged the senior year to find hope in the unexpected and to have the courage to take on challenges. In addition, they should leave something worthy and also take responsibility. With reference to Steve Jobs and his death, Tim Cook said that you cannot take your work with you, you have to pass it on. Here Tim Cook's speech at Standford University as Video: