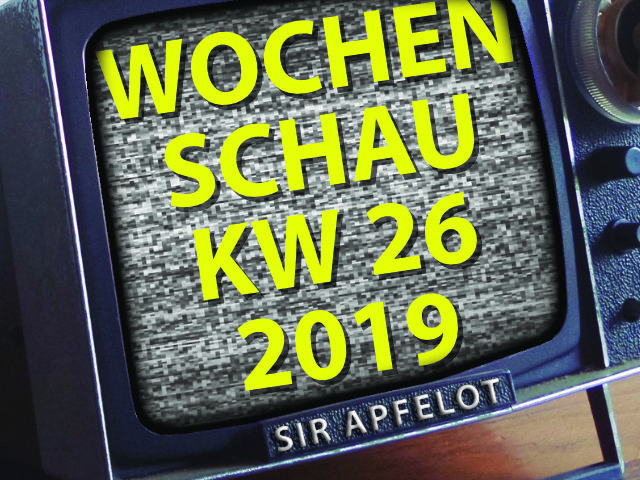 Half of the year is almost over, as is the current week. That is why there is a Sir Apfelot newsreel again this Friday. In it, I'll show you the Apple and technology news that caught my eye in calendar week 26 of 2019. The following topics are included: NASA was hacked via Raspberry Pi, sales start of the new iPhone leaked, Apple Pay this year for Sparkasse and Volksbank customers, rumors about new MacBooks, Jony Ive leaves Apple, smartphone Cameras under the display and more. 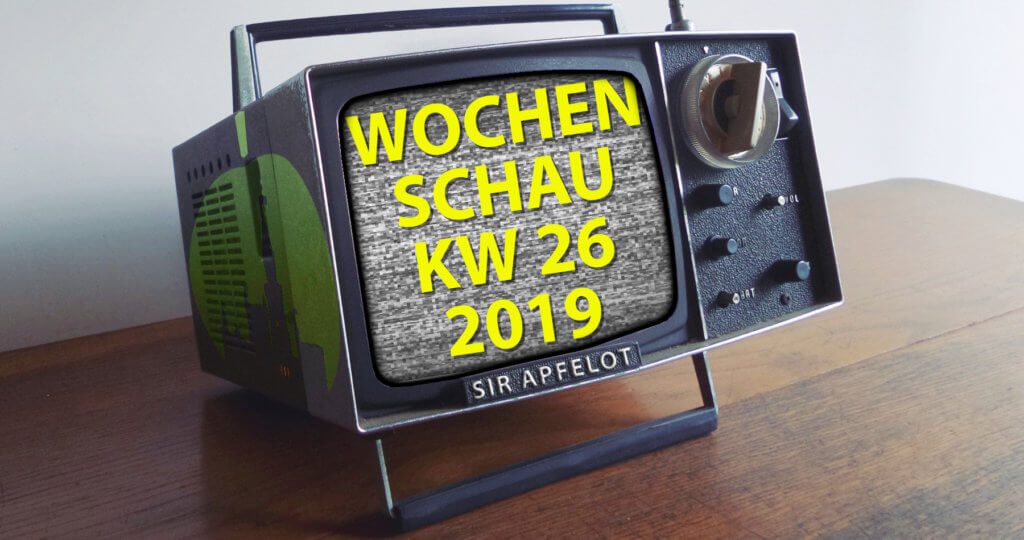 Like, among other things, the mirror (here ) and Golem (here ) reported, the US space agency NASA was hacked via a Raspberry Pi computer. The goal of the intruders: information and data on planned missions to Mars. The interesting thing about it: the hackers were not sitting at the SoC themselves, but it was probably involved by employees in NASA's Jet Propulsion Laboratory (JPL) and not adequately secured. A vulnerability that the intruders exploited to ultimately steal 500 MB of data. The whole thing should already have happened in April, but is currently only making the rounds. You can find more information in the linked sources as well in this NASA report.

First smartphone with a selfie camera under the display from Oppo

Since the first official pictures of the iPhone X in 2017, the notch had not only spread as a design element, it also caused heated discussions. The recess at the top edge of a full-screen display is now standard not only on the iPhone, but also on many Android devices. If you don't want the notch, you either have to do without a front camera, use a smartphone with a folding or extending mechanism or look around at Oppo from now on. Among other things on Twitter (here ) the company shows its solution. MacRumors has details on this summarized.

Sales partners, wireless service providers and similar players in the industry must of course know before consumers know when new devices will come onto the market. But there is almost always an embargo for the information, i.e. a blocking period. A retailer does not seem to have taken this blocking period for the launch date of the Apple iPhone 2019 as seriously as Futurezone berichtet. And other top models have apparently already leaked with their dates for market entry in 2019. Here is the overview:

According to information from the Sparkasse (including at Twitter) become "the savings banks [...] Introduce Apple Pay in Germany this year [...] ". However, only for credit cards such as VISA and MasterCard. Girocard support will not be included for the time being, but will be added in 2020, as will also be done via the Sparkassen's social media team approved has been. As part of the reports on Apple Pay support from the savings banks, the Volksbanks are also named. Because the Volks- and Raiffeisenbanken should also support the mobile payment service this year. The shows the Handelsblatt with a statement by Andreas Martin.

Apple Pay will be rolled out in 13 additional countries

In addition to the banks in Germany, which will support the payment service in the future, there is also a message about Apple Pay. The payment service became active in 13 other European countries. Paying with the iPhone is now supported by banks in Croatia, Cyprus, Estonia, Latvia, Greece, Portugal, Romania, Malta, Slovakia, Lithuania and Liechtenstein. How many banks per country support the service varies greatly, is it [called on ApplePage.

A new MacBook Air could be presented alongside the new iPhone models at Apple's September keynote. As 9to5Mac shows, among other things, the lightweight notebook from Cupertino could come up with a display resolution of 3.072 x 1.920 pixels. With a possible price of 3.000 US dollars, the whole thing should not be cheap. You can find more rumors and speculations in the linked source.

Apple in the near future with ARM instead of Intel CPUs?

Apple apparently wants to distance itself from Intel faster than expected and, for example, install an ARM processor rather than Intel models in upcoming MacBook models. This indicates, among other things, that Apple has hired Mike Filippo, a former designer at ARM. This is reported by 9to5Mac here . The switch in the area of ​​CPUs is not the only reason for the hiring of Filippo, but also that Apple's Senior Director of Platform Architecture, Gerard Williams III, has left the company. Further details can be found in the linked article.

Jony Ive leaves Apple and starts his own design company

Jonathan Paul "Jony" Ive has been an integral part of Apple since the 1990s. As a designer, he is responsible for the appearance of the first iMac, among other things. But he also worked on the iPod, iPhone, the corresponding software and the Apple Park. Its representation in the jOBS movie from 2013. Like Apple in an official press release announced, Jony Ive is leaving the company to run his own design company. Apple should of course also be one of their customers.

"Jony is an icon in the design world. His role in Apple's rise cannot be overstated, from the groundbreaking iMac in 1998 to the iPhone to his unprecedented ambitions for Apple Park into which he has poured so much of his energy and attention lately"Says Tim Cook, Apple's CEO. "Apple will continue to benefit from Jony's talent, firstly by working directly with him on exclusive projects and secondly through the ongoing work of the brilliant and dedicated design team he has built. After so many years of close cooperation, I am happy that our relationship is developing and I look forward to working with Jony for a long time."