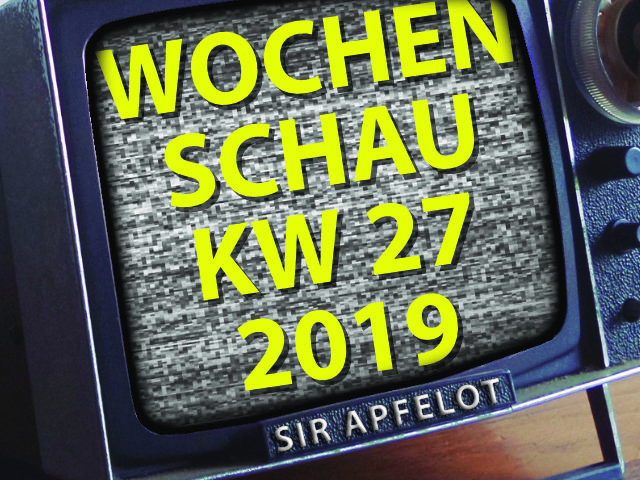 It's Friday again! Everyone who visits this blog regularly knows what that means. It is of course time for a new Sir Apfelot newsreel. This time I'll show you which Apple and tech news caught my eye in calendar week 27 of 2019. Also included are: pictures of the MacBook recall, malware for visitors to China, Windows problems on Apple computers, fines from Vodafone, problems with Zuckerberg companies, hidden microphones in smart home devices, iPhone 2019 with USB C, new keys for upcoming MacBook models and Apple Pay for Klarna customers. Do you have any comments or other interesting news? Then leave a comment;) 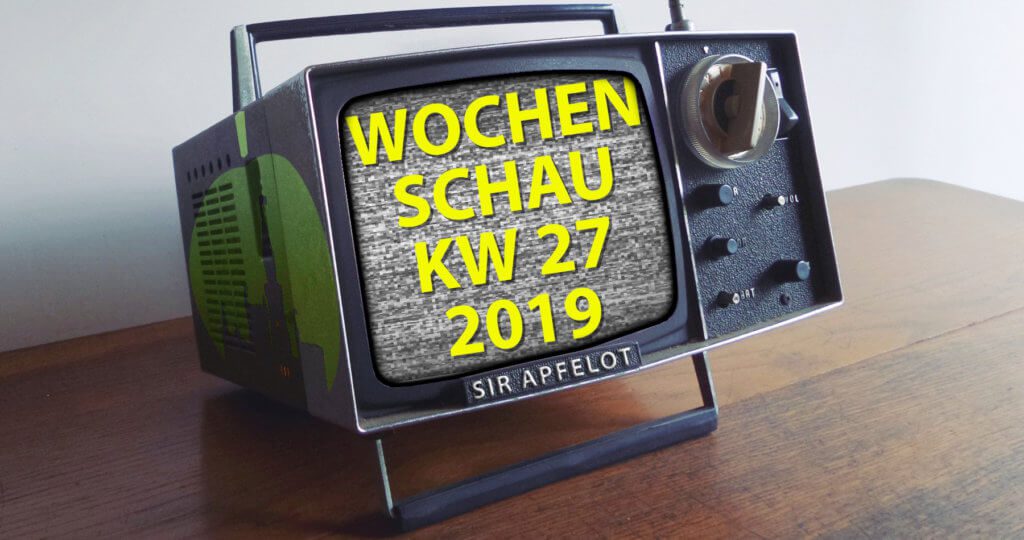 The Sir Apfelot Wochenschau brings you in calendar week 27 of 2019, among other things: pictures of the MacBook recall, malware for visitors to China, Windows problems on Apple computers, fines from Vodafone, problems with Zuckerberg companies, hidden microphones in Smart -Home devices, iPhone 2019 with USB-C and Apple Pay for Klarna Card users.

Two weeks ago I told you about an Apple recall campaign. With this link you can find the hint. The MacBook Pro models sold between 2015 and 2017 may contain batteries that can easily overheat and possibly break. This can be accompanied by chemical reactions, smoke and fire. A victim has now shown what that looks like via social media. Among other things, iFun has its post picked up and integrated the images. There is the Facebook post with all the pictures and a comprehensive description of the case (in English) here .

And again faulty Apple laptops: like iFun, among others shows, Apple has launched an "unofficial repair program" on the motherboard of the 2018 MacBook Air. According to an internal paper, the exchange should be necessary for a “very small number of devices”. The corresponding serial numbers are stored in Apple's repair system and its certified repair companies, so that testing is easy. What exactly the problem with the board is has not been communicated publicly. It is also unclear whether the exchange program will be extended to all users. It could be an early production line incident that was distributed internally.

Border controls are a normal procedure when entering most countries. Baggage, clothing and, if applicable, bodies are checked for prohibited articles, harmful substances, products to be declared and so on. Since the smartphone brings a lot of different content with it, which can show, among other things, the goals of entry and the attitude of the owner, there are also checks on these devices at some Chinese border crossings, according to media reports. It is used on Android smartphones spyware installed, which accesses numerous contents and apps. iPhone devices are scanned for specific content. Details can be found in the iPhone ticker auf Deutsch and with 9to5Mac in English.

Windows 10 has update problems on the Apple Mac

Who tries that May 2019 feature update for Windows 10 for the copy of the Microsoft operating system installed on the Apple Mac receives an error message. This is overwritten with "Mac HAL Driver - machaldriver.sys" and indicates that the PC is not yet ready for the update to Windows 10 Version 1903 due to drivers or other services. The problem occurs mainly with Macs from before 2012 and with newer Apple computers with an old version of Apple Boot Camp or Windows support software. At the end of July, Microsoft wants to roll out an update that fixes the problem. Details can be found in the official message to the problem.

Vodafone is said to pay a fine for unauthorized advertising

A fine of 100.000 euros is currently being imposed by the network operator Vodafone; to be more precise, the amount will be requested from Vodafone Kabel Deutschland GmbH by the Federal Network Agency. The reason for this are advertising calls from the company as well as from call centers and sales partners to customers who have not consented to such calls. "It is unacceptable that Vodafone ignores when customers expressly forbid advertising calls," says Jochen Homann, President of the Federal Network Agency. Because even if a person is a customer of a company, consent must be given for telephone advertising directed at the person. The fine claim is not yet legally binding. Details can be found in the Official press release.

#FacebookDown, #WhatsAppDown and #InstagramDown on Wednesday

In the middle of the week, the social media services belonging to Mark Zuckerberg's Facebook group had to contend with massive media problems. Among other things, the display of pictures and videos failed on Facebook and Instagram. In WhatsApp, transmitted images and voice messages were not loaded or loaded incorrectly. Among other things, the iPhone ticker berichtete. Websites that document down times and malfunctions due to user reports showed clear peaks in their statistics on Wednesday afternoon. Amongst other things here at AlleStören.de.

Lately there were some reports about a Thermomix clone from Lidl that was apparently pointlessly equipped with a microphone. Among other things, the star berichtete. Now is the time picked up again and warns in the context of an interview with Michael Steigerwald, managing director of vtrust, of general dangers and risks that result from various smart home devices. In contrast to smart speakers, which are known to contain a microphone, for example smart televisions are listed. These often have microphones without the users knowing about them. Another, theoretical danger: the mining of crypto currencies via televisions, Thermomix and Co. - not exactly effective, but generally profitable.

An interesting interview, take a look!

iPhone 2019 with USB-C instead of Lightning? Probably!

In the current Beta version A number of new symbols were discovered in iOS 13, which indicate, among other things, that the upcoming iPhone model will be equipped with USB-C instead of Lightning. Especially a symbol (here and here ), which shows a current model (with notch) in connection with an older model (with home button) established with a cable, suggests this. It is speculated that the data transmission for setting up the new device via cable should be made faster and more stable. But it would also be possible that new iPhone models can charge older devices. Whatever the ultimate features behind it: Since there is no Lightning-to-Lightning cable and such a one is rather pointless for the one-time setup of new devices, the iPhone models should practically have a USB-C connection from 2019. Let's wait ...

New MacBook models with scissor keys instead of butterfly keys

With reference to Apple analyst Ming-Chi Kuo berichtet MacRumors that Apple will launch the MacBook models (maybe 16 inches) wants to fix the laptop's persistent keyboard problems. For this, the butterfly mechanism (butterfly = butterfly) that has been used for a number of years is replaced by the scissor design (scissors = scissors). In addition to the MacRumors article, the information is also available in German at iFun: here .

Anyone using the Klarna Card in Germany can now have their purchases settled using Apple Pay at over 130.000 retailers. The Klarna Card can, for example, be subject to app risks showscan be added to the wallet in just a few steps if it was previously linked to a German bank account. You can find the official press release of the payment service with further details via this link.