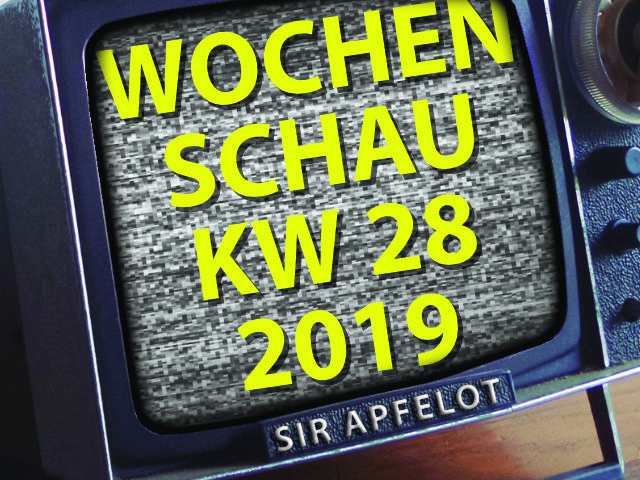 Another week has passed and it's time for a Sir Apfelot newsreel again. This time I've worked up the Apple and tech news for you that caught my eye in calendar week 28 of 2019. The following topics are included: WhatsApp account lock is fake, mTAN from DHL no longer via SMS, malware on around 25 million Android smartphones, the new Nintendo Switch Lite, Apple stomps MacBook and deactivates the walkie-talkie function the watch, and, and, and. 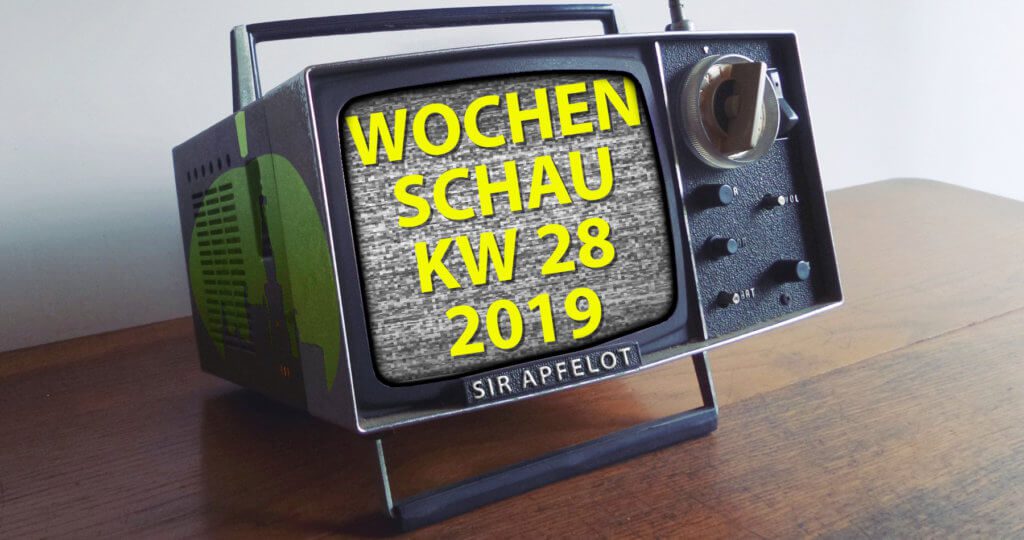 In the Sir Apfelot Wochenschau for calendar week 28 of 2019 included: WhatsApp account lock is fake, mTAN from DHL no longer via SMS, Agent Smith on around 25 million Android smartphones, Nintendo Switch Lite, Apple deactivates the walkie-talkie function the watch, children's pictures on the Internet and more!

How stupid WhatsApp chain letters are, I've already told you about that shown in a blog post. But now an old fake message is apparently making the rounds again and announcing that the WhatsApp account will be blocked if it should not be "forwarded to at least ten contacts", like T-Online berichtet. This should happen within 48 hours, otherwise 25 euros would be due for the activation of the blocked user account. Although this is a rather harmless chain letter, since neither malware nor subscriptions are distributed, it is shown. But he's always annoying for the at least ten contacts.

mTAN for DHL Packstation is no longer sent via SMS

At the beginning of August, more precisely from August 5 to 9, 2019, DHL is changing the procedure for sending mTAN numbers. Customers then no longer receive the security code to pick up their parcels at the packing station by SMS, but only via the DHL Parcel app or by email. This shows, among other things, app dangers in a message on. The yellow-red shipping giant is reacting to the advancing digitization and the fact that everyone is walking around with the Internet in their pockets. The app is available for both iOS and Android.

Speaking of Android: like the FAZ berichtet, a virus named after the Matrix agent “Agent Smith” searches its way onto the appropriate telephones. This happens through game and photo apps. Around 25 million devices are already affected globally, some of them also in Europe. The infected apps should not only come from the Google Play Store (where they have since been removed), but also from the alternative "9Apps". One more reason to point out that you should not download apps from alternative app stores or third-party providers without the necessary knowledge. By the way, Agent Smith is so named because he installs an infected WhatsApp clone, thus imitating other software from the Android world for his own purposes.

Pictures of children on the Internet - does that have to be? And if so: how?

I have less of a message than a reading tip with this article from heise online for you. Under the headline #FirstDenkenDannPosten: be more careful with children's pictures on the Internet the topic of children and the web is covered. It shows a few points that should be checked when publishing. Limiting the group of people who can access the photos is also mentioned as an important point. The topic is not presented in a completely negative way, because parents and grandparents can give adolescents the right tools for using the Internet by carefully handling photos and data on the Internet.

As is the case with The Verge, among others heißt, the Zoom app for video conferencing on the Apple Mac can lead to a vulnerability. The specialist magazine goes into the investigations of the security researcher Jonathan Leitschuh, who examined the software. The weak point lies in the fact that Zoom installs a web server on the Mac in order to bypass the restrictions imposed by Apple and to enable easy participation in video conferences. However, this means that websites can control and activate the Mac or MacBook webcam. An update of the post says that Zoom is working on a patch and will uninstall the web server from the Macs. Source for this is a Developer blog post.

Not only does Nintendo have its new iOS and Android game on Wednesday Dr. Mario World but also a new handheld console. The "Nintendo Switch Lite" is based on the hybrid console presented two years ago, but not intended for coupling with the TV. Rather, it is a mobile and flexible handheld console with built-in controllers and a smaller screen, which is likely to inherit the Nintendo DS. Details, pictures, price and much more information about the Nintendo Switch Lite I have summarized you here. In the article I also clarify whether or for whom the purchase is worthwhile.

In the current beta versions of iOS 13, iPadOS and macOS 10.15 Catalina, Apple has built in features that allow users to log into websites using Face ID and Touch ID. This shows, among other things, MacRumors in one Post on. This means that it is no longer necessary to log in with an Apple ID by entering an e-mail address and password, but only requires the comparison of the biometric data. In addition to the beta testers and developers, all ordinary consumers will probably be able to use the service from autumn when the new operating systems are rolled out.

Apple renews MacBook Air and Pro, but stamps out the basic model

Apple has shown in a press release and on new promotional pages in the online shop that the MacBook Air and the MacBook Pro with 13-inch display have been redesigned. New hardware was installed and the price lowered. As part of the back-to-school campaign, there are further discounts and free Beats headphones for students. Apple did not officially state that the MacBook is no longer available in the shop without the addition of “Pro” or “Air”. It seems that the basic model of the laptop series has been crushed. All information and details about the hardware upgrades of the other models I have summarized you here.

Apple deactivates the walkie-talkie function of the Apple Watch

The Apple Watch is an increasingly complex smartwatch with numerous areas of application, features and special features. It is quite normal for there to be a bug in an app. However, it is more damaging for the watch and the company if the software bug jeopardizes the privacy of the user. Especially at Apple, where data protection is actually very important. That is why Apple has now deactivated the walkie-talkie function of the Apple Watch on the server side. A bug could mean that iPhone users could spy on other watch users, it is said, among other things at this point at heise online.

For the 10 year old: Texas Hold'em returns to the App Store

At the beginning of May I gave you the "Warren Buffett's Paper Wizard“App shown; the first game from Apple in the iOS App Store in ten years. In the post I also named Apple's first game that was no longer available: Texas Hold'em. The classic poker game was part of the App Store's initial offer, which was primarily intended to produce software for the iPod Touch and which was later offered for the iPhone. Now the game of poker is back in a new guise. The free Texas Hold'em app from Apple, however, measures 1,5 GB, since in portrait format all players are displayed as 3D animations, like app dangers after a test shows.