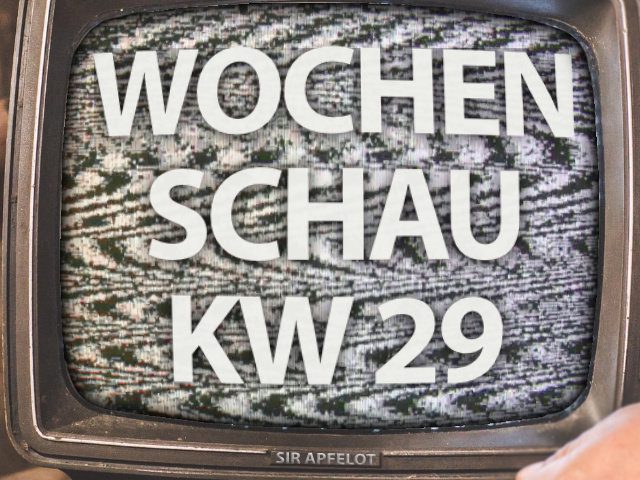 Another week has passed and so it is time for a new Sir Apfelot newsreel. This time I'll show you which Apple and tech news I noticed the most in week 29 of 2020. This time, the following topics will be included: new ICEs in use from 2022, Bitcoin fraud with hacked Twitter accounts, the end of Segway, charging smartphones with 125 watts, updates for Apple operating systems and more. If you noticed an exciting message, please let me know in the form of a comment;) 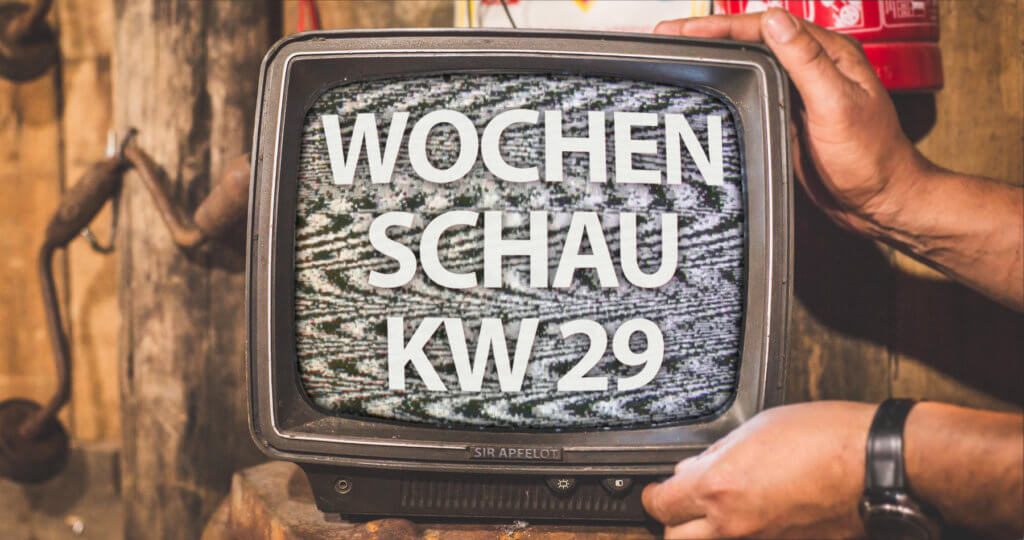 The Sir Apfelot Wochenschau for calendar week 29 in 2020 is about new ICEs from 2022, Bitcoin fraud with hacked Twitter accounts, charging smartphones with 125 watts, updates for Apple's operating systems, and more.

Deutsche Bahn plans to expand its fleet by 2022 ICE trains from 30. The whole thing should Sea iPhone tickers cost around 1 billion euros. This will create a total of 13.000 places and also improve cell phone reception in the compartments. Because, as the railway is quoted, they will be “equipped with windows that allow cellular communications”. In the linked post you will find more data and an infographic that shows that the new ICEs can get up to 320 km / h on the rails and will initially run in southern and western Germany. By 2026, a total of 421 ICE trains (60 of them of the new type) should be on the road in Germany and offer around 220.000 seats.

As various media reported, several large Twitter accounts were hacked simultaneously in the middle of the week; all verified accounts. In addition to Jeff Bezos, Barack Obama, Elon Musk, Warren Buffet and Bill Gates, Apple's account was also among them. The hack was used to post a call to transfer Bitcoins to a specific address within the next 30 minutes. The transferred Bitcoins would then be repaid in double amount, it is said. IFun offers a screenshot of the post and further information in German here.. Twitter's approach - namely the temporary freezing of verified accounts - has MacRumors here. documented. Likewise berichtet has z. B. the Financial Post.

It has rolled out for Segway

In the last few weeks there have been reports that Segway will go out of business. The company became famous for its products of the same name, which were two-wheeled roller boards with handlebars. "It was supposed to be the means of transport of the future, but the grand plan failed spectacularly“, Summarized, among other things, the trade magazine t3n at this point together. The main reason for giving up the Segway production was not the coronavirus pandemic, it is said. According to the quote from Judy Cai, Segway manager, mentioned in the post, there was a "Market oversaturation". Segway had to stop its business because there was no demand. No wonder, given the last e-scooter boom.

For the smartphone manufacturer Oppo, the previous rapid charging processes do not seem to be fast enough. For devices that are compatible with this, he has now introduced a 125 watt charger. Among other things, this reports app dangers (German) with reference to The Verge (English). According to this, a smartphone battery with a nominal capacity of 4.000 mAh with this charger should reach 5% battery within just 41 minutes. The battery should be fully charged in 20 minutes. It is important to know that for all of this to run efficiently and safely, the charger, cable, smartphone and battery must be able to handle the appropriate technology. For the time being, the "Flash Charge" will not be suitable for the masses and across all manufacturers.

EUGH judgment: Facebook is not allowed to pass on data to the USA

The corresponding legal dispute was and is about the so-called "Privacy Shield", or in German also "Data Protection Shield". This is a framework agreement, thanks to which Facebook could send data from users, advertisers, companies and so on from the EU and Switzerland to the USA. Details are available directly on Facebook (here.). The plaintiff Max Schrems did not find the transmission of the data to the USA so great and sued Facebook. The judgment at the European Court of Justice was passed this week - in favor of Schrems. This means that the Privacy Shield is tipped and the forwarding of data is a breach of EU law. IFun has details in one Post summarized.

Apple rolled out updates for all operating systems this week, including the most significant for iOS (iPhone, iPod touch) and macOS (Mac, iMac, MacBook, etc.). In iOS 13.6, among other things, the car key function is brought to the iPhone, which is part of the WWDC20 keynote for iOS 14 was presented. With macOS 10.15.6, the last X operating system before macOS 11.0 BigSur, USB problems should be solved. There should also be localized news content; but for the time being only in the USA for the regions of San Francisco, Los Angeles, Houston, New York City and so on. In addition, the video streaming of HDR content is said to have been improved so that it runs more battery-friendly on MacBooks. More details can be found at MacRumors (here. and here.).

Open documents on the Mac in tabs instead of windows

Not really communicated as part of the macOS Catalina update, but demonstrated in a video tutorial that Apple has opened content in tabs instead of windows. Opening folders in Finder tabs is just as easy as managing different ones Pages-Documents without multiple program windows. I noticed the feature and the instructions by one Post at iFun. That said Video was published by Apple on July 13.07.2020th, 13. You can find it as an embedded element below. The advantage of the feature is especially given on smaller screens like those of the XNUMX-inch MacBooks: better management of content without a bunch of windows.

There were also updates for tvOS, watchOS and the software on the Apple HomePod. There are no major changes to tvOS 13.4.8, but mainly bug fixes and minor adjustments in some features. It looks a bit different with watchOS 6.2.8, because the car key feature has also been incorporated here. Furthermore, there were only local changes, such as B. the introduction of the EKG feature for Bahrain, Brazil and South Africa. On the HomePod you can now - like on the Apple TV - welcome system version 13.4.8. Major changes are not included, Apple only gave a generic note of unspecific improvements in the stability and quality of the system. The sources are three contributions from MacRumors (here., here. and here.).