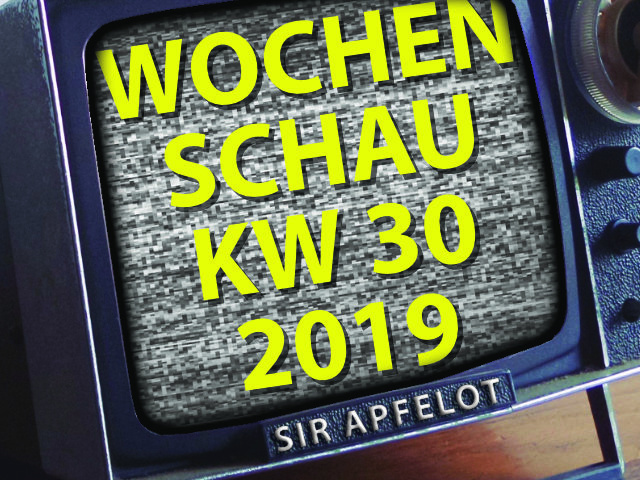 It's sunny, hot and Friday. The latter means again a new Sir Apfelot newsreel. This time I'll show you the Apple and tech news that caught my eye in calendar week 30 of 2019. The topics are once again wide-ranging and include: Android malware “Agent Smith”, FaceApp, a breakdown on Prime Day, another Facebook scandal and a billion-dollar fine for the company, YouTube Music, donations from 2014, the olle iBook, Apple cards from Germany, iPhone displays with 120 Hz and more. Do you like the news? Then like to share it with your friends, acquaintances and relatives ;) 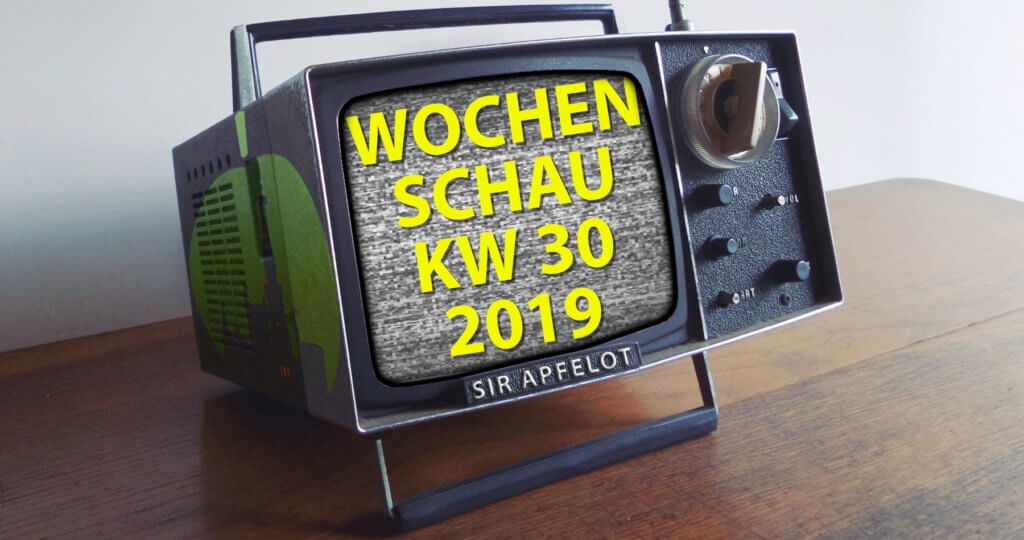 I've already had the malware, which got its name from a versatile agent of the Matrix in the 1999 film of the same name discussed two weeks ago. The problem was described as insidious malware that hides in apparently harmless apps, steals rights on the Android phone and then installs a WhatsApp clone, among other things. In addition, many sources have reported that Agent Smith is primarily focused on India and neighboring countries. But now it also seems to have arrived in Europe, i.e. also in Germany - berichtet including T-Online.

Also the FaceApp, which is currently still in great use was already a topic here in the blog. The software that under iOS and Android can age or rejuvenate people in photos, among other things, has it all in terms of data protection. Those who edit photos with the app agree that they may be stored indefinitely and for any use on the servers of the Russian developers. In addition - it was to be expected - there are now fraudulent apps that pretend to be FaceApp and deceive interested users. The schreibt for example CHIP. With reference to ESET (.) “FaceApp Pro” is named as such an imitator.

Prime Day breakdown: Amazon delivers despite the price being far too low

Every year at Amazon Prime Day you can ask yourself: Are these really all such wonderful bargains? If you want to find out whether the discounted products may have been raised in price beforehand, you can, among other things CamelCamelCamel use. This was not necessary at this year's savings event for a specific camera lens. Like WinFuture shows, the professional lens "Canon EF 800mm f / 5.6L IS USM Super Telephoto Lens", which at the time cost about 13.000 dollars (yes, thirteen thousand!), was offered for only 94,48 dollars. That was probably the special price of a camera that was simply taken over. As it says in the linked post, Amazon stood by its price and delivered the lenses that were sold for under $ 100 despite the error.

You probably don't have to explain to anyone that the two words “Facebook” and “data protection” don't go together. Now parents who wanted to create a secure communication channel for their wards with the “Facebook Messenger Kids” had to find out. Because the highlight of the app: the children can only write to contacts that have been approved by their parents. So control without supervision, which is actually a good concept. If it hadn't been for a bug in Facebook Messenger Kids that allowed strangers to communicate with the children via group chats. The Verge shows all the details at this point .

And again the Zuckerberg Group: several sources reported that the data scandal surrounding Cambridge Analytica from 2016 now cost them a fine of 5 billion US dollars. It is also shown that Facebook accepts the fine. According to many media comments, this is not a sign of insight, but rather a sign that even such a large amount does not bother the company. That makes you think ... Sources are the Süddeutsche (.) and 9to5Mac (.).

Like app dangers meanwhile notes, Premium users of YouTube Music can now easily switch between music video and pure audio playback with a virtual button. Switching between “video” and “song” is a unique selling point that sets the app apart from competitors such as Deezer, Spotify, Amazon Music and Apple Music. Whether this is worth 9,99 euros to users every month (or 12,49 euros via the Apple App Store) seems to me to be debatable.

“Ice Bucket Challenge” from 2014 - what happened to the donations?

A peak in the wave of self-portrayal via social media channels, which was caused by a wide variety of people, organizations, associations and groups in 2014, was under the banner of the “Ice Bucket Challenge”. It was actually the task to donate for the benefit of ALS research OR to pour a bucket of ice water over the self to be represented. This quickly combined celebrities, sports clubs, private individuals and so on - a questionable trend that ultimately brought good things: worldwide donations of 190 million euros, like the Spiegel berichtet. 100 million of these went to the then most prominently advertised organization, ALSA. How they used the donations can be found in the linked post.

Does anyone still remember the old one? Cyborg contribution from 2016 here in the blog? It's long out of date - and reality is now catching up with some of the most ambitious sci-fi ideas. This is how the specialist magazine Spectrum shows in text and video form several experiments in which electrodes were stuck to people's forearms, which, coupled with a photosensor, could trigger superhumanly fast reactions. For example, photographing a baseball fired by a ball machine shortly after it was kicked out. While the human brain has not yet registered it correctly, the machine-controlled fingers have already pressed the trigger. The test persons report a feeling of external control.

After the iMac, which underpinned Steve Jobs' successful return to Apple in 1998, the technology giant from Cupertino presented the corresponding laptop the following year: the iBook. The forerunner to the MacBook in shell design and cool colors like the iMac of that time is now 20 years old. Incidentally, the device made a prominent appearance in the recommended series "Girlboss", which you can find on Netflix.

Apple cards - camera cars will soon be driving through Germany

As part of the WWDC 2019 Keynote (here is the summary) Apple has announced new map material and new features for Apple maps. For streets and cities in the USA, it was possible to give an outlook on new, graphically and practically very good looking functions. So that these can also be used in other countries when iOS 13, iPadOS and the other new operating systems are released in September, Apple's camera cars are currently on the move around the world; also in Europe, and there in Germany. I got the first information about the expansion of the "Look Around" function for Germany in the Stuttgarter Zeitung (.) and for app threats (.) seen. Meanwhile, Apple has it on the specially set up page approved.

As is the case with MacRumors, among others heißt, the iPhone models could come with a refresh rate of up to 2020 Hz from 120. The frame rate of 120 fps can not only make the display of slow-motion recordings played at normal speed more realistic, but also bring advantages for "Apple Arcade" and the games offered with it. At least the Apple smartphone would then come close to gaming smartphones such as the ASUS ROG Phone II with a 120 Hz display (view here). However, the iPhone with gaming ambitions would also need a larger battery, because the current batteries, which are around 3.000 mAh, are not designed for long, mobile games.

Here is the overview: Battery capacity of all iPhone models

Lately there have been rumors about the takeover of the smartphone modem division from Intel by Apple. Above all, Apple's own development of 5G modems, which can be used in iPhone, iPad and Co., should experience an acceleration. Like 9to5Mac berichtet, there is an official confirmation of the deal. For 1 billion US dollars, the technology giant is said to have bought or intends to buy the radio chip division of the chip manufacturer. Another interesting number: around 2.200 employees are expected to switch from Intel to Apple as part of the deal.