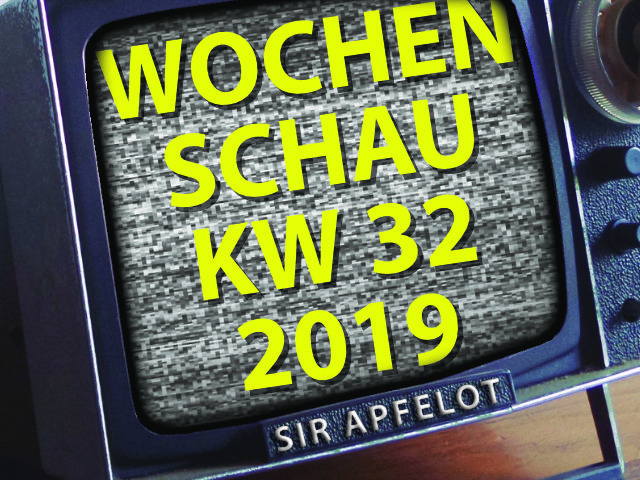 And that would bring us back to a Friday. Hard-working “Sir Apfelot” readers already know what that means: a new Sir Apfelot newsreel is coming up. This time I'll show you the Apple and tech news that caught my eye in calendar week 32 of 2019. Among other things, the following topics are included: data scandal on Instagram (again), easy location of Lovoo users, voice assistants and their human ears, desert electricity with Desertec, video games as a scapegoat, augmented reality for the PlayStation, foldable Apple mobile devices and more! And here are two more individual contributions in advance: GermanWiper as a threat to companies / Current iPhone 11 rumors. 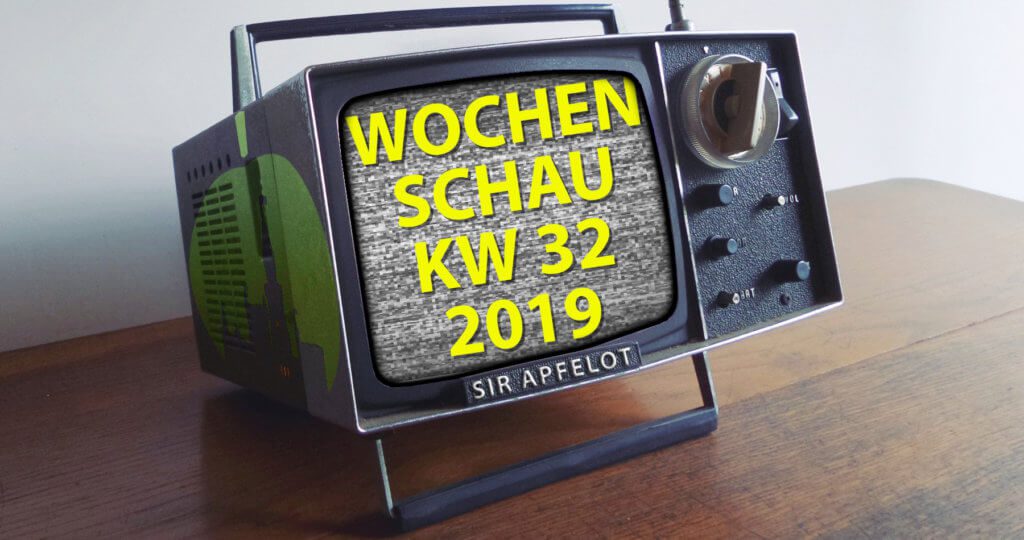 Topics in the Sir Apfelot Wochenschau for calendar week 32 in 2019: data scandals on Instagram and Lovoo, human listeners to language assistants, electricity from the desert, killer games as the reason, foldable devices and a lot of money for Apple vulnerabilities.

An advertising start-up from San Francisco called "Hyp3r" is said to be at Instagram from Facebook Have tapped millions of sensitive user data, such as the Süddeutsche berichtet. It is not only the young company itself that is to be blamed, but to a certain extent also the negligent Facebook group of Mark Zuckerberg. After Cambridge Analytica and Co., the Hyp3r case shows once again that data protection on Facebook, Instagram and WhatsApp is still not taken seriously enough. In addition to user data and profile descriptions (bio), the advertising agency Hyp3r also saved Instagram stories, which actually disappear after 24 hours. The automatically saved videos were evaluated by AI in order to examine them for advertising purposes.

While simple users of the successful dating app “Lovoo” certainly see the area search as a good and useful feature when looking for a partner, it can be a powerful tool for more criminal subjects. Like the news here with reference to a BR investigation and a confirmation by Linus Neumann (CCC) shows, the location of people can be narrowed down by measuring at different points in the area. Lovoo can counter this with various measures. Until this happens comprehensively, stalking, bullying and doxing will be promoted by the option shown, since in addition to temporary locations, the place of residence and work could also be determined.

Using the “opt-out” option, Amazon can be forbidden from analyzing the statements sent to the Alexa voice assistant and using them to develop the service. If you make use of them, you will be informed of functional restrictions. Therefore, many will certainly decide in favor of the evaluation after all. In the past you should, one Message von heise online, including freelancers in the home office who have evaluated snippets of speech. From heise cited articles according to (Welt am Sonntag), for example, temporary workers in Poland are said to have done their analysis work at the kitchen table.

As if in response to the revelation outlined above, the Süddeutsche here a suitable message with the heading "Voice assistants are losing their human ears" is ready. It shows that people should no longer listen to Siri from Apple or Google's voice assistant. With Alexa from Amazon, users can, as already described above, ensure that their voice snippets are treated confidentially in the settings. In the introduction it is understandable: "The scandal is not that people are listening, but that Amazon, Apple and Google have kept silent about this procedure for years."

Electricity from the desert sun - the latest on the “Desertec” idea

Do you still remember Desertec? Ten years ago the project, which was supposed to generate electricity for Europe with large solar systems in the Sahara, was discussed extensively in the media. It is currently being discussed again - not least in the context of the climate debate. The WirtschaftsWoche asks for example: "What became of Europe's dream of green desert electricity?" And shows the past and current issues on the subject. On the world website you go further because that is clearly stated: "Without Desertec 3.0 there is hardly any hope for the climate". So the subject should be on the table again.

Shootings in the USA - Trump blames video games, among other things

Established media, which the current US President Donald Trump likes to degrade as "fake news", are already familiar with this: they are often used as a scapegoat. After the current shootings in the USA, the incumbent ruler apparently needs a few more areas that he can demonize so that his racist statements or the silly gun laws of the states do not fall into disrepute. So why not video games like Mobile Geeks, among others shows? In this country, the discussion about video games (or ego shooters as a special genre) fortunately died down years ago. It should be clear that they are neither a reason nor a trigger for rampage.

Different ... well, same topic: video games. Because like PlayM shows, a VR patent recently came to light that suggests the implementation of Augmented Reality (AR) in the PlayStation VR. This could mean that the virtual reality glasses from Sony could also be equipped with an AR feature for bringing objects, scenes and games into the real environment. However, there are still no statements as to whether and when this technology is ready for the market and will be available to users.

Foldable iPad and iPhone not before 2021?

With regard to mobile devices with foldable displays, Apple is initially planning an iPad and then an iPhone. However, the technology, which was recently implemented in reality by manufacturers such as Huawei, Samsung and Xiaomi, should not be offered before 2021. This shows, among other things, the ApplePage at this point on. Not only the technology and its longevity with constant use are a factor that will keep us waiting for suitable devices. The fact that these have to become affordable is one reason why we cannot expect foldable smartphones and tablets in the near future.

The fact that Apple is offering a bonus for detected bugs or security gaps in its mobile iOS operating system for iPhone, iPad and iPod Touch is nothing new. However, as part of this year's Black Hat conference, the technology giant from Cupertino expanded its bug bounty program. Now there is also a reward for those who find bugs, security holes and the like in macOS, watchOS or tvOS. In addition, the total of the maximum payout has been increased to 1 million US dollars (depending on the type of fund). Details can be found in this message from iFun.